The Foibles and Foolishness of Barack Obama Go Beyond Ignorance 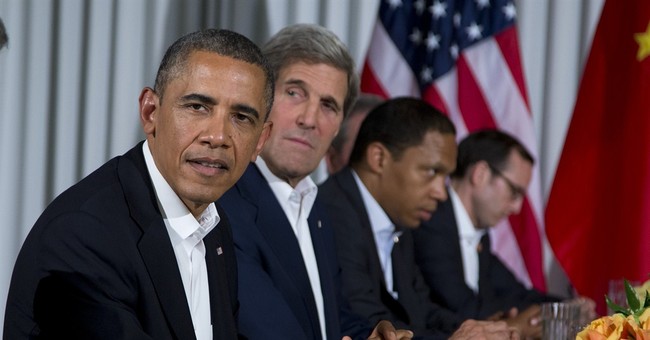 So it comes to this: After all that has been said about Barack Obama, in the end there is very little to say.

You are either willing to overlook Barack Obama’s foibles and foolishness; or you aren’t.

There is no middle ground.

There is no saying for example “Well he’s kind of new in the job,” or “This is an example of one bad apple in his Cabinet,” or “The president didn’t know about it.”

Going into his second term, you either knew what we had in Barack Obama or you didn’t.

Getting past his ideology, however, I was certainly willing to be dazzled, like everyone else.

I was prepared for the post-racial America; for a Great Communicator, who at least on some things, would lift us all up together.

I was looking forward to a day when race, creed, ethnicity, didn’t have to be the issues that drove us apart.

I was impressed when Obama defended private insurance against Hillary’s single payer system; I was impressed that he was willing to tangle with Jesse Jackson, Sr. during the 2008 campaign. He put his prestige on the line to talk about personal responsibility to group that often hears those words like a lecture.

When he was elected, I was willing to celebrate the great racial divide that had been bridged in this country by electing a black man within the living memories of those who helped craft segregation.

In all these things, I was hopeful that the office of the presidency would lift up Barack Obama and with it, the rest of us.

I have, after all, survived many presidents I did not agree with, and could even something find something I could cheer in them.

But what a disappointment this man has been.

There has been no level of discord to which he has not been willing to drive us.

There have been no principles that he has not been willing to abandon.

There has been no opportunity lost to use our country for personal, political ends.

There has been no hesitation in manipulating, gaming, and otherwise using Washington, D.C. as a blood sport.

And if the stakes weren’t so grave for the country, I would laugh.

Someone is going to have to clean up this mess.

One day the Democrats are going to have to regain the trust of all Americans. They are the Chosen One; they will not get a free pass on spying, or the Boston bombing, or Benghazi, or Eric Holder, or scandals yet to be discovered.

We all expect to rise.

And when we don’t rise, we’re going to blame someone.

When we get bogged down in the self-love of a man who adores his own reflection in the surface of a teleprompter because, more or less, he can read the same great speech over and over...well let's just say that's not an America built to last.

Since it remains highly unlikely that anyone, anywhere including: 1) members of Congress; 2) the Media; 3) the Democrat Party or 4) European automotive journalists, will ever, anytime hold Barack Obama culpable for his sins, it is certain that eventually some will hold his party responsible instead.

George W. Bush got off lightly, while the rest of us were sent to purgatory.

It’s a cautionary tale of Democrats.

“Jim Jett always used to say that his brother was the damndest scoundrel that was ever borne,” drawled Abraham Lincoln, “but by the infinite mercy of providence he was also the damndest fool.”

It’s the virtue of this Republic that eventually fools are found out.

It remains to be seen what anyone, anywhere will do about this particular fool.