Did IRS Target Homebuilders on Behalf of Mobbed-Up Union? 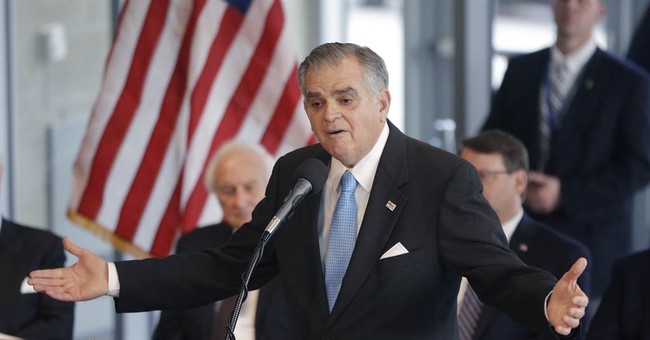 In the fall of 2011 the National Legal and Policy Center (NLPC) submitted Freedom of Information requests to the Department of Labor and the Internal Revenue Service following an announcement that the administration was investigating homebuilders in an attempt to bolster union membership at the expense of housing sector jobs.

“In a letter [from the Labor Department] cited by The [Wall Street] Journal,” wrote Crain’s Detroit at the time “homebuilders were asked to immediately turn over the names, addresses, Social Security numbers, pay rates and hours worked for all employees over the past two years. The letter from the Labor Department asked for the names of all contractors hired in the past year. The letter didn’t allege any specific violations of law. “

No. It was just the usual harassment that the Obama administration gives anyone when they have a disagreement with a key Obama constituency. The constituency in this case was unions that are all mobbed up. Re-write the rules, send investigators in, bury them in document discovery and government lawyers until they cave.

In the meantime, from January 2008 until 2013, new housing starts remained at their lowest sustained level from any similar time period since 1959, the earliest year records are available.

“ “Construction of homes and apartments last month decreased 5.0% from a month earlier to a seasonally adjusted annual rate of 571,000, the Commerce Department said Tuesday,” reported the Wall Street Journal in the fall 2011. “The month's results were pulled down by a nearly 30% drop in the Northeastern states.”

This is what hopeNchange has bought the American people. By the mob, for the mob, of the mob- with an assist by the IRS and the Department of Labor.

And they wonder where the jobs have gone?

“The pay rates for construction workers and the subcontractors used by general contractors hired by PulteGroup,” says Crains “is part of a long-term conflict between the homebuilder and unions, in particular the Laborers International Union of North America.”

The White House, with the cooperation of several state governments and the Department of Labor, attempted to get the Internal Revenue Service to go after homebuilders. The IRS used supposed violations of independent contractor rules that allow homebuilders to hire independent contractors at a straight hourly wage, without subjecting them to payroll taxes and union membership.

What a bleepin’ golden scam for unions, as they say in Chicago.

That’s because the IRS rules governing independent contractors, like a lot of rules sometimes enforced by the IRS, are unclear. Some would say that they are purposefully unclear. The IRS is pretty adept at making life difficult for companies targeted under the independent contractor rule. Let’s just say that they pull the rule out when they want to put pressure on someone.

“The Center wishes to review documents showing the role played by the federal government, some states and possibly other outside entities,” wrote NLPC in their Freedom of Information request to the Department of Labor, “to impose additional administrative costs on an industry in which few publicly traded companies are profitable, most have seen major cutbacks in work and many have had major layoffs.”

The outside entities referred to by the NLPC ar the Laborers International Union of North America (LIUNA). LIUNA locals still act as fronts for mob activity. In March of 2011, the New York Daily News reported that the Brooklyn District Attorney was “plotting strategies to break the Gambino crime family’s 50-year stranglehold on the Pavers and Road Builders District Council,” a LIUNA affiliate.

The Obama administration knows a lot about Chicago “pavers,” too.

We have written extensively about Ray LaHood, the Republican secretary of transportation under Obama. You know the guy responsible for doling out much of the $787 billion stimulus package? LaHood’s patron is William Cellini, the former executive director of the Illinois Asphalt Pavement Association. Cellini is serving a year and one day in prison for his part in a plot to extort $1.4 million from a Hollywood-type who wanted to manage teachers’ pension business in Illinois.

What does the Pavement Association have to do with teachers’ pensions? The same thing the IRS has to do with a dispute between unions and homebuilders. Let’s just call them “interested” parties or “known associates.”

So now we have the Obama administration hooking up the Department of Labor with the IRS to join together union muscle to shakedown homebuilders, mafia style.