Obama is that Damn Hoover President

John Ransom  |  Jan 24, 2012
The opinions expressed by columnists are their own and do not necessarily represent the views of Townhall.com.
Top Columns
Trending on Townhall Media

It’s a comparison that would probably make both men seethe. But it’s an apt comparison when one looks at the policies and the track records of Barack Obama and his “progressive” counterpart Herbert Hoover.

One day before Obama announces a get-tough policy with China ala president Hoover’s Smoot-Hawley Tariff- which seriously damaged the economy of the United States during the Great Depression- the New Yorker’s Ryan Lizza explored some White House memos that show that Obama doesn’t understand the history of the Great Depression.

The memos paint a picture, incredibly, of Obama trying to recreate a Hoover presidency that deepened the Great Depression, rather than alleviate it.

In fact, according to Lizza, in one place Obama talks about wanting to engage in a big public works program, like “the Hoover Dam,” in order to capture the public’s imagination. 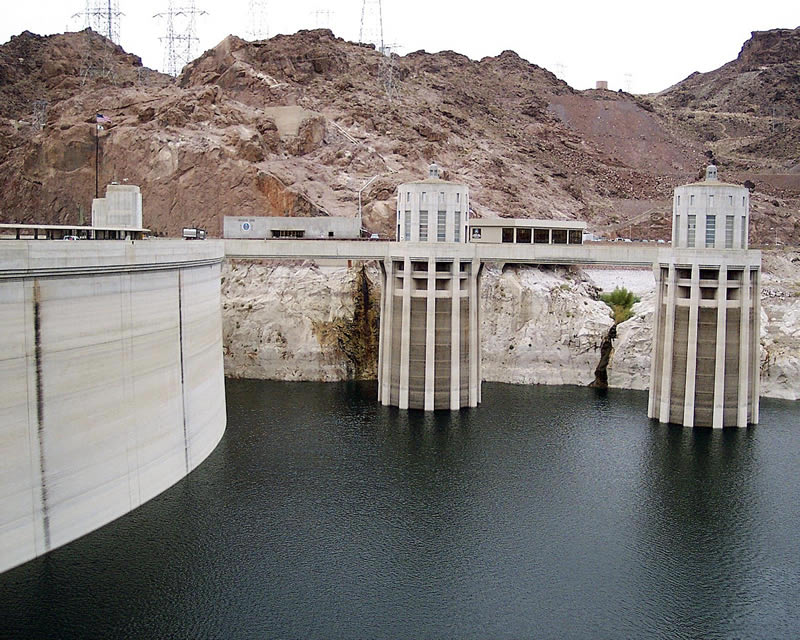 It’s not clear in the Lizza story if Obama actually mentioned the words Hoover Dam, but for the uninitiated, the Hoover Dam was the failed shovel-ready project of the Great Depression’s generation.

“Obama, still thinking that he could be a director of change,” writes Lizza about Obama before he ever took the oath of office “was looking for something bold and iconic—his version of the Hoover Dam—but Romer and others finally had a ‘frank’ conversation with him, explaining that big initiatives for the stimulus were not feasible.”

Talk about a smack-down. The grown-ups had to intervene.

But that hasn’t stopped Obama from advocating some other Hoover-style “reforms,” which, when enacted in the 1930s, economists agree, made the depression worse.

Hoover was a devotee of creating a nexus of cooperation between private industry and the government. He was kind of the original Big Government Republican. In addition to Solyndra-type public works programs, he also advocated federal subsidies for home loans.

Hoover engaged in such reckless spending that Roosevelt made a campaign staple of denouncing Hoover’s policies in a way all too familiar to those opposed to Obama’s big spending ways.

From the Foundation for Economic Education:

During the campaign, Roosevelt blasted Hoover for spending and taxing too much, boosting the national debt, choking off trade, and putting millions on the dole. He accused the president of “reckless and extravagant” spending, of thinking “that we ought to center control of everything in Washington as rapidly as possible,” and of presiding over “the greatest spending administration in peacetime in all of history.” Roosevelt’s running mate, John Nance Garner, charged that Hoover was “leading the country down the path of socialism.”[8] Contrary to the conventional view about Hoover, Roosevelt and Garner were absolutely right.

But the real similarities with Obama and Hoover can be seen in taxation policies.

Hoover raised income taxes on everyone who made more than $6,000 with the top rate at 63 percent from 25 percent previously.

At the end of 1931, President Herbert Hoover asked for a temporary tax increase, saying it was "indispensable to the restoration of confidence." Congress went along in June 1932, raising the top income tax rate from 25% to 63% and quadrupling the lowest tax rate from 1.1% to 4%. That didn't help confidence or the Treasury. Revenue from the individual income tax dropped from $834 million in 1931 to $427 million in 1932 and $353 million in 1933.

Combined with the world-wide trade war on the US that was started because of the Smoot-Hawley Tariff, the country’s economy could not absorb the strain that Hoover’s “progressive” government put on business and finance.

Although it’s doubtful that the Obama administration would try to enact tariffs, they might invoke anti-dumping provisions in trade agreements, which would amount to the same thing as tariffs.

Incredibly, when Obama has been reminded that raising taxes on “the rich” as Hoover did, would likely cause federal income tax revenues to shrink, not grow, adding to the deficit, Obama has dismissed the concern with arguments over the “fairness” of the tax system.

There is practically no mistake that Obama has made that wasn’t anticipated by Herbert Hoover, including the long-term burden of our national debt.

“Blessed are the young for they shall inherit the national debt,” observed Hoover wryly.

But it would have been far, far cheaper to just build the Obama Dam in the first place and be done with it.