John P. Warren
|
Posted: Oct 18, 2019 10:40 AM
Share   Tweet
The opinions expressed by columnists are their own and do not necessarily represent the views of Townhall.com. 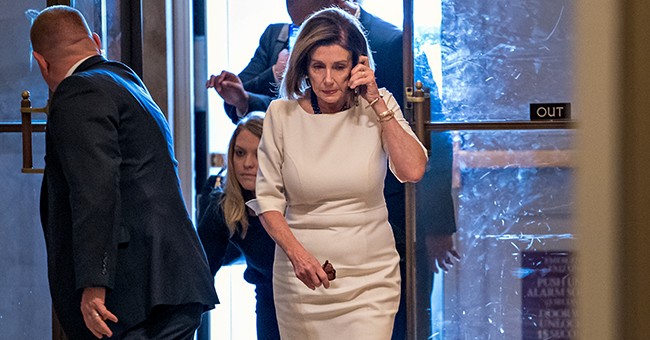 It’s always fascinating to watch a master at work, isn’t it? For some time, House Speaker Pelosi found herself between her party’s nutjobs on one side and the few sanity seekers on the other. She held on to sanity, I suspect, not because it was the right thing to do, but because the stars had not yet aligned to achieve her objective.

Recently, the stars moved for her. Here’s what Pelosi did and why. She unleashed the impeachment dogs on a duly elected president of the United States, knowing full well that despite all the rhetoric, nothing would come of it. She did it because of what she stands to gain:

If we were delusional, we could believe all the pious nonsense the Speaker peddles about honoring the Constitution and its intent. I learned as a draft age, college boy that when LBJ swore he wasn’t going to send American boys into jungles on the other side of the world, it was just one more lesson in politics: How do we know they’re lying? When their lips move.

What’s the proof Nancy is having a fibfest? Her refusal to hold a vote to legitimize her party’s pursuit of impeachment. Never mind that Green’s July 2019 impeachment resolution failed abysmally. Some 20 House seats could be at risk in 2020, if their holders were forced to vote against Trump, and that one fact is the hinge that swings the door.

Nancy Pelosi gains nothing with a vote:

Whatever it says in the Constitution about impeachment, here’s what it does not say:

How can she do this? Lefties have cornered the opinion market—almost—by:

Without pressure by traditional institutions of democracy to act in accord with the Constitution, Speaker Pelosi is free to act without accountability to any person or court.

A contributing factor is Trump himself, his own worst enemy. Whatever one might say about his inelegant style, he has followed through on nearly every promise he made as a candidate, and most Americans have benefitted handsomely from his sometimes inartful, but superbly effective governance.

After nearly three years of their subversive antics, we can now read the Democrats’ playbook through clear lenses. Whenever a president is elected not of their choosing, they will exhaust us with Kangaroo Court sideshows, and will stop at nothing in their quest for power, even if it means attempts to nullify a presidential election with first, a deep state coup, and now, an illegitimate impeachment.

The veil is lifted. Nancy Pelosi and the leftie thought managers vying for our votes aren’t Democrats at all. They are Totalitarians in waiting for the one election giving them control of all the power levers.

As for the rest of us, we are called to defend the best of Western Civilization and our singularly American culture before we are swept aside. Will Pelosi’s ploy prevail? Only if we let it.