John P. Warren
|
Posted: Sep 20, 2018 7:38 AM
Share   Tweet
The opinions expressed by columnists are their own and do not necessarily represent the views of Townhall.com. 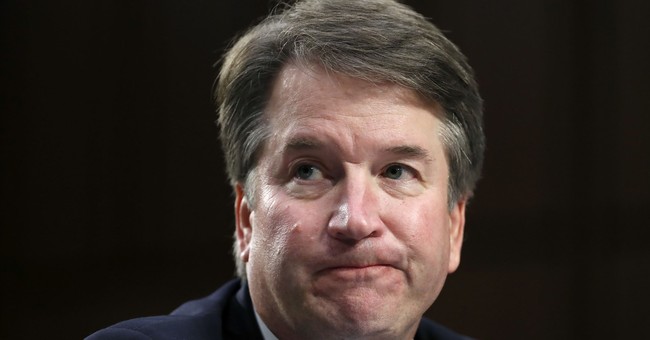 Unless Democrats have withheld another surprise in the Kavanaugh nomination stage show, they now have their players in place and scripted, and the American people will be forced to be observers.

In truth, the Ford accusation reveals far more about what we don’t know than what we do. There are a thousand questions, and here is just the starting point:

For Senator Feinstein: Of course, no one can expect answers from US Senator Dianne Feinstein (D-CA) because she sits on a mountain of privilege, and is beyond scrutiny by the masses. Even so, let’s consider what might have occurred.

Feinstein received the letter accusing Judge Kavanaugh of attempted rape in 1982, from Dr. Christine Blasey Ford in July 2018, after Ford had apparently called The WaPo tipline and got nowhere. Feinstein was duty bound to forward the letter—immediately—to Chairman Grassley (R-IA) of the Judiciary Committee, but failed to do so. Whatever one’s political stripe, we know Feinstein has been to many rodeos, is as astute a pol as they come, so when presented the letter, she knew instantly its potential.

So what did #DIFI do next? We don’t know for certain, but people with more than two cells above the neck would assume she—like all Democrats who act in lockstep unison—consulted with Senators Schumer (D-NY) and/or Durbin (D-IL). Cagey pols that they are, the three likely decided (conspired?) Feinstein would quietly slide the letter over to the FBI, but do nothing else. Probably for good reason, the FBI took no action, and forwarded it to the White House for inclusion in Kavanaugh’s background investigation packet.

Dems have no trouble releasing/leaking the most sensitive docs, but they sat on this one—for two months. Why? It would not have helped their summer-long campaign to derail the nomination because the matter would have been addressed in hearings—and resolved in the August doldrums. Ford’s accusation would only have value, they knew, used as a hand grenade when all other pre-vote steps in the process were completed. Then, they would use Ford to blow up the nomination and foreclose action on any other nominee before the mid-terms. Nice plan.

Do Dems have any interest in the truth of Ford’s claim? No. Do they have any concern for the numberless victims of the #MeToo movement? No. Ford’s only value is that she was and remains a disposable chip in the Washington political casino. Nothing more.

For Dr. Ford: Dr. Ford is well-trained in clinical psychology, and reportedly, well-regarded in her field. As a psychologist, she would have been well-prepped for a session with any polygrapher, especially one of her own choosing. Even so, the questions for her in a public setting are almost endless:

· Where/when was the party at which you claim Kavanaugh assaulted you?

· How many people were there? Who are they? Was alcohol served?

· Were any adults present?

· How did you know Kavanaugh? If Kavanaugh and his friend were intoxicated, were others?

· Were you intoxicated? If you had any alcohol (or drugs?), how can you remember some but not many other details of that evening?

· What contacts, if any, did you have with Kavanaugh before or after the date of the party?

· As a 15-year-old, did you go to the party alone? Without a girlfriend or a date?

· If you had a companion, who was it? What did you tell her or him at the time?

· Why have others at the party not stepped forward to confirm Kavanaugh’s presence or provide testimony about his level of intoxication, if any?

· If you firmly believe(d) an attempted sexual assault had occurred why did you not report it to someone at the time?

· What time of day/evening was the party? How long after the alleged incident did you leave? Did you leave alone or with someone?

· Judge Kavanaugh has been investigated—reportedly—by the FBI at least six times over the years. Why have you not spoken up before?

· Is it possible you have confused Judge Kavanaugh and his friend with others? Was it two or four boys, by the way? Why would your counselor misunderstand what you said?

· You acknowledged counseling. Can you tell us what the counseling has been about?

And the biggest question of all?

· Why are you letting yourself be so cynically used by Democrats, perhaps damaging a just cause of women everywhere?

Over the past 50 years, Democrats have adopted every minority and interest group, used them politically, then put them on the shelf like human trophies. Why are we not surprised Democrats have used Dr. Ford in this way? Will they care about Ford after next week? No.

In the present instance we have only to compare Judge Kavanaugh’s lifetime of totally appropriate behavior, as attested to by hundreds of women and men, against a mushy 35-year old claim by one teenager against another (if indeed, it was Kavanaugh), that had gone unreported to another living soul for at least 30 years.

There’s more to know about all of this, perhaps, but what we know now gives Brett Kavanaugh far more than the benefit of the doubt. What we also know is the Democrats’ use of Ford for their cynical manipulation of a nomination process is an abuse of a woman and a cause we could never have imagined.

PT Barnum was right: If Americans buy another claim out of the Dems’ playbook on Anita Hill and Clarence Thomas—smears without evidence—we are all suckers, indeed.