The Alt-State: A Present Danger

John P. Warren
|
Posted: Jun 07, 2017 10:13 AM
Share   Tweet
The opinions expressed by columnists are their own and do not necessarily represent the views of Townhall.com. 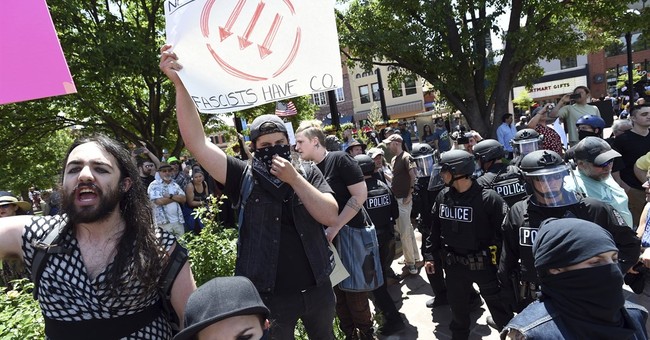 For the left, it’s always been about power.

Three major socio-political movements since, say, WWI, all reveal the same pattern. The Marxist-Leninist-Stalinist cry was always about “the workers.” Did the Russian people—and all the other hundreds of millions of people under the communist curse—ever achieve their paradise? The 25-point program of the 1920 National Socialist German Workers Party—later the Nazis—is very little different from the noises of American progressives today, complete with anti-Semitic overtones (Point 24). Did German workers find paradise under Hitler? How about China, Cuba, or North Korea—how’s that been for working people?

The only people to have achieved paradise—an eternal one, that is—are the reportedly 150 million people the socialists/communists slaughtered because they didn’t fit the racial, political, or food equations imposed upon the masses. For the Left, people have always been expendable.

Not long after the historical thud of the falling Berlin Wall and monolithic Communism behind it—a new religion was born with a term of art designed to capture those turned off by slogans promoting over-bloated socialism and overbearing communism: Social Justice. Today, in America, the movement’s players are more insidious than ever, and these are just a few:

· The Alt-Left: One of the best definitions suggests a “far” or “ultra” left philosophy, rather nicely explained by Victor Davis Hanson in American Greatness.

· The Hollywood Elite: Many iconic movie stars, directors, producers, and screenwriters have driven to spread a communist mantra since the 1930s, as indisputably documented by noted historian, Dr. Paul Kengor, in Dupes, and other works. Their descendants have never left.

· The Media: The recent Harvard Study on Media Bias demonstrates the negativity toward the president, and inferentially, to any person or cause they oppose.

· Academia: With the help of national teacher unions and the professorial class, our youth have been force-fed the Leftist line for 50 years with politically correct textbooks, revisionist teaching, and safe space denial of free speech, religion, and association.

This is not about one cohesive movement marching lock-step under the socialist-communist flag, because it’s not about ideology. The new religion of Social Justice is about causes and power. While there is likely no master propaganda switch someone flips to orchestrate the rabid, raucous, and sometimes violent response to any conservative impulse, it does make you wonder how quickly and massively all the above form into one loud, pretty uniform claque of Resisters. Alt-State is an aptly overarching nom de raison because its herd mentality is sparked by social media, and aligned, they attempt to stampede us on every issue.

Under the large umbrella of Social Justice have clambered millions of decent people deeply and rightly concerned about one social ill or another out of humanitarian compassion or religious devotion. Religious denominations and non-profits aplenty jumped on the bandwagon, and to be sure, much good has been accomplished. Yet, tucked into the side pockets of the Social Justice jacket have been the extreme purveyors of LGBTQ, Lives Matter, Occupy, and Climate Change groups, and because the Alt-State has been so able to marshal relentless pressure from its adherents, millions of good people have been swept up in the kumbaya windstorm.

The biggest lever in the Alt-State’s kit bag of Social Justice is Climate Change. It’s all Mom and Apple Pie stuff, and it works because we all want clean air and water, and if reasonable and not self-destructive, why wouldn’t we reduce greenhouse emissions? To be locked into an agreement, however, that may at its highest level of achievement have a negligible effect on climate seems senseless.

Certainly, we owe it to our children and all those millions yet unborn to leave the planet better than when we found it. Having said that, it also seems clear Americans will—without internal or external coercion—out-perform any of the non-binding mandates in the Paris Accord.

Yet, we know climate change can be catastrophic. History tells us that as a result of the cold and colder periods spanning 1150-1850, with a brief warming period in the middle, devastating consequences occurred in the socio-economic lives of millions of people. Climate fearmongers assert what’s happening with glaciers, the ice cap, and rising sea waters today is not part of a natural pattern. On the other hand, that the glaciers formed by the end of the climactic chill would inevitably melt should be no surprise, though scientists want to assert that rain falling is no proof that it is raining. Rather, they insist, it is all caused and/or accelerated by human activities.

And there’s the rub. If emissions goals are achieved with negligible results, what will the Alt-State do—if it achieves power with the world community—with 7.5 billion people (in 2017) engaged in their “activities?” By the time we reach 10 billion, we’ll have twice as many people we can afford. Dare we imagine what the Alt-State will do with the expendable billions then?

For lovers of liberty, this is another time for choosing. Will we choose to do the right things because they are right, or do what the Alt-State bullies us to do? Will we knuckle under because it seems somehow socially just that we do so?

George Washington is supposed to have said, “Government is like fire, a dangerous servant and a fearful master.” The same can be said for the Alt-State and the power it seeks to wield.

The forces arrayed against lovers of liberty are formidable. Benjamin Franklin told a contemporary the founders gave us a republic, but added, “if you can keep it.” Can we?