Johnny Kampis
|
Posted: Mar 03, 2021 12:01 AM
Share   Tweet
The opinions expressed by columnists are their own and do not necessarily represent the views of Townhall.com. 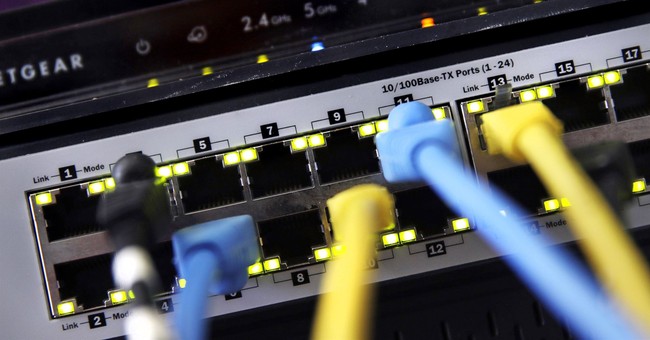 With President Joe Biden in office and Jessica Rosenworcel being named as acting head of the Federal Communications Commission (FCC), there is likely to be a renewed push for the reimplementation of Title II regulations on internet providers. A new study indicates that net neutrality rules have harmed the growth of fiber infrastructure and high-speed internet adoption around the world.

Researchers from the Vienna University of Economics and Business examined net neutrality policies in 32 of the 37 countries in the Organisation for Economic Co-operation and Development (OCED), finding a negative correlation between regulations and internet expansion. The study found that only two countries (Australia and New Zealand) had not implemented net neutrality regulations and both experienced better outcomes in internet development than the other 30.

Using Fiber to the Home Europe Council data, the researchers noted a steady decline in fiber investment between 2013 and 2019, as more European members of OCED adopted net neutrality. At the same time, Australia and New Zealand saw growth. Interestingly, the U.S. saw a decline in investment, before a rise in 2017 and beyond after the Republican majority at the FCC overturned the previously implemented Title II rules under the Obama administration.

The researchers noted that uncertainty in political regimes – the various flip-flopping on policy based on whether the left or right is in power – harms private investment.

“Broadband infrastructure upgrades and content innovation are subject to rather long investment horizons; hence, both represent a long-run decision that relies on the expectation of stable market conditions,” they wrote.

According to the study, that can have a major impact. While the immediate impact of new regulations is minor, the long-term fallout can be substantial. In fact, researchers say the introduction of net neutrality leads to a total decrease in new fiber investment by about 45 percent.

The study argues that a shift in net neutrality regulations is often not based on good policy, but rather on gaining political capital.

“In [some] OECD countries, and within EU member states in particular, the shift in net neutrality regulations can be seen as an outcome of a political decision-making process such as bureaucrats striving to maximize harmonization within the EU,” the report states.

Overall, researchers found that net neutrality exerted a negative influence in both investment and consumers’ willingness to subscribe to new services – indicating that slower speeds and increased costs harmed the market.

“In view of the substantial transaction costs and market distortions associated with net neutrality regulations, this empirical result – which is in line with our theoretical propositions and empirical evidence – casts serious doubts on the current regulations imposed in Europe and other developed countries and raises new questions in the currently re emerging debates on reimposing net neutrality regulations in the U.S.,” the report states.

“If the Joe Biden administration is serious about following science, it won’t try to resuscitate net neutrality,” he wrote. “And hopefully Chairman [Ajit] Pai’s investment in economics at the FCC will lead a Biden FCC to be more evidence-based in its decision-making than the last Obama FCC.”