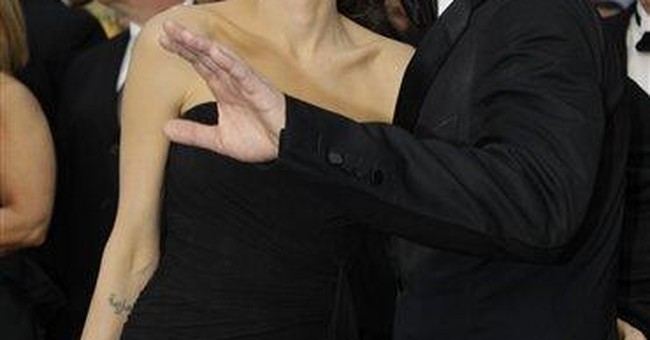 If you didn't get caught up in traffic bottlenecks caused by Angelina Jolie, who's been in town (accompanied by husband and fellow traffic-stopper Brad Pitt) this week filming the CIA thriller "Salt," perhaps the movie set of "Fair Game," a future flick surrounding the outing of former CIA officer Valerie Plame, will slow motorists down when it arrives in Washington to start filming next week.

Given President Obama's lifting of federal funding restrictions on embryonic stem cell research, the president of the Susan B. Anthony List of pro-life women, Marjorie Dannenfelser, is set to announce a major initiative Thursday.

All she will say now is that what took place in the stem cell arena this week "is proof that those of us involved in upholding pro-life initiatives need to quickly move forward with definitive strategic plans to go on offense in order to protect the unborn. Our announcement is one that we are very excited about and pro-life Americans will be extremely pleased with the news."

Former Time magazine Washington bureau chief-turned-deputy secretary of state Strobe Talbott, who now heads the Brookings Institution, has written a new conclusion for his soon-to-be-released paperback version of "The Great Experiment: The Story of Ancient Empires, Modern States, and the Quest for a Global Nation."

Taking readers through the election of Barack Obama, Mr. Talbott is calling on the new president to launch an array of nonproliferation initiatives, starting with one directed to Moscow. (We doubt Secretary of State Hillary Rodham Clinton's wrongly worded gift presented last week to Russian foreign minister Sergei Lavrov was what Mr. Talbott had in mind).

"On the basis of what I knew - or thought I knew - of McCain, I expected that, once he had feinted right and had the nomination locked up, he would move back to the center and take the high road as a unifier at home and an established statesman abroad. While I could hardly have been more wrong, McCain paid a huge price for proving me so. His divisive strategy in the general-election campaign backfired spectacularly."

"Johnny, last week I asked if you had a message you'd like to send Rush Limbaugh. The response was overwhelming. We received tens of thousands of submissions, and we picked the top five:

" 'Americans didn't vote for a Rush to failure'

" 'Hope and change cannot be Rush'd'

" 'Failure is not an option for America's future'

"Now, we're putting it up for a vote. Decide which slogan Rush will see in his home town. The slogan with the most votes will be put on a billboard where Rush can't miss it. It's up to you to let Rush know that Americans reject his desire to see President Obama - and our country - fail.

"Vote for your favorite slogan now:

People for the Ethical Treatment of Animals (PETA) is up in arms all over again about former Vice President Al Gore's red-meat diet.

Now, the animal rights group has filed an application with the Internet Corporation for Assigned Names and Numbers (ICANN) in support of a new domain: OffsetAlGore.eco.

It would seek to make people aware of the harm Mr. Gore is personally causing to the environment.