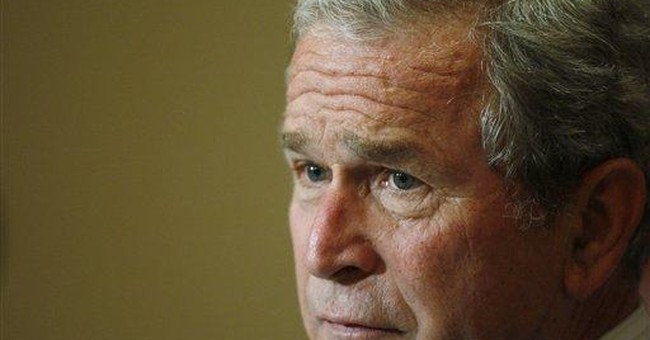 Former Rep. Mickey Edwards, Oklahoma Republican, is ripping the Bush White House over the war in Iraq and its economic bailout package, while also blasting the direction of his party.

"The idea that a president would send, with this kind of [financial] crisis, a three-page bill that doesn't provide accountability or protection of the government's interests it's unbelievable," he said. "I would have flunked a student who submitted a paper like that bill."

A lecturer at the Woodrow Wilson School of Public Affairs at Princeton University and a former professor at the John F. Kennedy School of Government at Harvard University, Mr. Edwards offered his opinions during a recent Middlebury College lecture titled "Reclaiming Conservatism." The speech appeared in the Middlebury Campus newspaper, published Thursday.

"Because a couple of my remarks are going to sound aimed towards Republicans … let's just get a couple of things on the table," he began. "I ain't a lefty."

But, he said, "many people who proclaim themselves as conservative have become the enemies of the very things we used to fight for."

He recalled several of the Founding Fathers opposing the Bill of Rights "because they said, 'You know what, if you make the mistake of spelling out rights and undermining them, some idiot in the 20th century is going to come along and say, "That's all the rights you have,"'" he noted. "And that idiot was Robert Bork."

Referring, of course, to President Reagan's failed 1987 Supreme Court nominee. But he wasn't any kinder to President Bush for invading Iraq, reminding his audience that the Republican Party once stood for "peace through strength."

"We never would have supported preventive war like we have now," Mr. Edwards said.

Just the conclusion the country doesn't need, found in a management framework for the next administration: "The health of the federal government is eroding and unless the next president moves past piecemeal reforms there will be serious consequences for the nation."

Symptoms of erosion found in the Partnership for Public Service report, "Roadmap to Reform," include Uncle Sam's failure to connect the dots before the Sept. 11 terrorist attacks, and the need for reorganization of the Federal Emergency Management Agency after Hurricane Katrina.

Now Americans are suddenly coping with a severe financial meltdown, albeit one that might reveal a silver lining.

"There's nothing like a crisis to help people realize that having an effective government matters," said Max Stier, the partnership's president and chief executive officer. "Key to success will be the government's operational management of the bailout in the months to come."

He's not a doctor of psychiatry, nor does he play one on TV.

Washington has seen its share of parties and protests, but this is a first: a martini/moonshine bash opposing the recent Russian invasion of the Republic of Georgia, held at the Carlyle Club in Alexandria.

Organizers noted that the former Soviet republic is one of only two countries that committed to increasing its troop strength in Iraq in support of the U.S.-led war against terrorism.

Proceeds from the event benefited the Georgian Association in the United States.