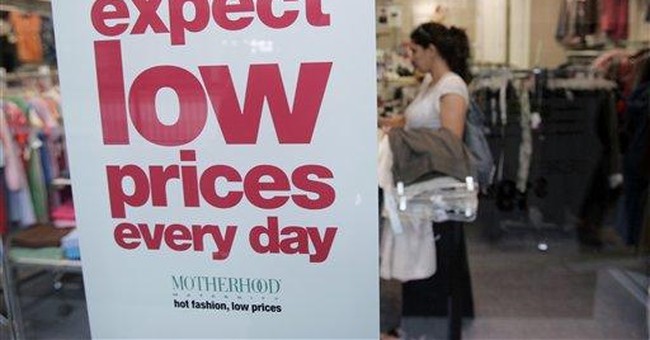 "So I think all of us, Republicans and Democrats alike, must understand that we share part of the blame as an institution, and not just as one political party blaming the other. It is time for cool heads and prudent minds in the Congress to prevail. Americans are concerned. We should not play politics with their future."

— Sen. Johnny Isakson, Georgia Republican, accepting at least some of the blame for the current economic crisis

Did anybody else catch the "best of the worst" examples of media bias related to the 2008 presidential campaign, as compiled and relayed on the House floor by Rep. Lamar Smith, Texas Republican?

Bottom line, by a 5 to 1 ratio, Americans believe the media are trying to help Democrat Sen. Barack Obama win the presidency. Here's the proof cited by the senator:

"One, Senator Obama has led Senator [John] McCain in news coverage for 12 consecutive weeks, according to the Nonpartisan Project for Excellence in Journalism.

"Two, journalists who gave money to Senator Obama outnumber those who contributed to Senator McCain by a 20 to 1 margin, according to Investor's Business Daily.

"Four, the New York Times opinion editor, a former staff member in the Clinton administration, refused to publish an op-ed by Senator McCain about the Iraq war, just days after publishing an op-ed on the same subject by Senator Obama.

In this highly charged political season, one finds displayed virtually every imaginable theme of campaign sticker, including a popular one featuring no lettering, rather a colorful Peter Max-style painting depicting the face of a not-so-mild-mannered Sen. John McCain.

The seller posts on the Internet: "Now available for purchase, the Angry McCain sticker. Show your support (or your disdain) for Angry McCain by buying the official Angry McCain Presidential Election '08 sticker. These high-quality vibrant stickers will be sure to send a clear message to all who see it: McCain is Angry! GRRR!"

"Heck, she's gotten her state and city so much pork, she's at risk of trichinosis."

One of Washington's oldest radio stations has just won the Marconi.

"What the Oscar is to Hollywood, and the Emmy to television, the Marconi is to radio," explains Chris J. Berry, president and general manager of "Newstalk 630 WMAL," a Citadel Broadcasting station.

In a memo to his staff on Friday, Mr. Berry wrote: "Last night in Austin, Texas, [program director] Paul Duckworth accepted a Marconi — a big one — on behalf of each of you and the work that you do every day."

Bestowed by the National Association of Broadcasters, the award recognizes WMAL as the country's "Major Market Station of the Year" — beating out popular stations in New York, Los Angeles and San Francisco.

The station has a rich local history dating back to 1925. For more than four decades, Washingtonians were awakened by folksy morning hosts Frank Harden and Jackson Weaver. Filling the same early time slot today are Andy Parks and former Hollywood actor and ex-congressman Fred Grandy.

Quote of the week

"Charles Rangel, chairman of the Ways and Means Committee — this is the guy that writes the tax codes. The tax codes that we all follow. Well, he has been found to be in default on his taxes on income on a beach villa he owns in the Caribbean. Rangel blamed it on his accountant, and he said he didn't understand the law. Didn't understand it? He wrote it! If he doesn't understand it … ."