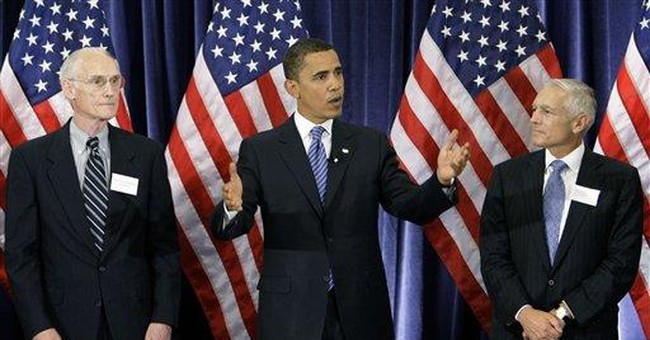 This summer's crowning of Illinois Sen. Barack Obama as the country's first African-American presidential nominee will no doubt generate significant headlines around the world.

Indeed, news agencies based in 46 countries have announced that they will be sending reporters to cover the Democratic National Convention in mile-high Denver. The convention is scheduled for Aug. 25-28.

At least 300 foreign dignitaries, meanwhile, will be on hand for the historic nomination, each invited by the National Democratic Institute. Some 17,000 hotel rooms have already been booked in Denver for convention week.

"A Who's Who of the Beautiful People in Hollywood endorsed and actively campaigned for John Kerry - and had no impact. With Al Gore it's the same thing. He doesn't bring a single vote [Barack] Obama doesn't already have. He could have participated in the process but he waited until the primary challenge from Hillary [Clinton] was over. Now he supports Obama. Where in the world is the news there?"

The California-based national radio host will be in Berlin to help drum up support and choose a suitable location for a monument to his father, which would no doubt highlight the Gipper's riveting 1987 speech at Brandenburg Gate during which he demanded: "Mr. Gorbachev, tear down this wall!"

The Berlin landmark is to be funded through the Reagan Legacy Foundation, which seeks to advance the causes that Mr. Reagan held dear and also memorialize the accomplishments of his presidency.

The foundation states that there "is no truly fitting memorial in Berlin" to Mr. Reagan, "unlike John F. Kennedy, whose support for Berlin after the wall was erected in 1961 is evident in various places in the city, and at the Free University of Berlin, where an institute is named for JFK.

"As we all know, President Reagan's speech in Berlin is an iconic statement of his presidency. His words came to pass. There is no longer a divide between East and West epitomized by the Berlin Wall."

Republican Rep. Ted Poe wants to know why the U.S. Army stationed in his home state of Texas is presently training Egyptian soldiers to locate and destroy underground tunnels to help protect its borders, while at the same time the U.S.-Mexican border remains porous for underground smuggling?

The congressman says since Sept. 11, 2001, more than 40 smuggling tunnels leading from Mexico into the United States have been discovered. One discovered last year was a whopping 85 feet underground.

Look for "American Eagle Day" to appear on America's future calendars, as one congressman after another this week has stood up in support of such an observance.

And for good reason. The bald eagle, designated the country's national emblem on June 20, 1782, is the central image of seals of the U.S. president and vice president and the U.S. Postal Service. Nevertheless, in 1963 the number of nesting pairs of the white-headed birds in the lower 48 states dropped to around 400, and in 1967 they were listed as an endangered species.

Through subsequent conservation efforts, the bald eagle population now stands at 10,000 nesting pairs. During a ceremony last August at the Jefferson Memorial, Interior Secretary Dirk Kempthorne announced the removal of the bald eagle from the endangered list.