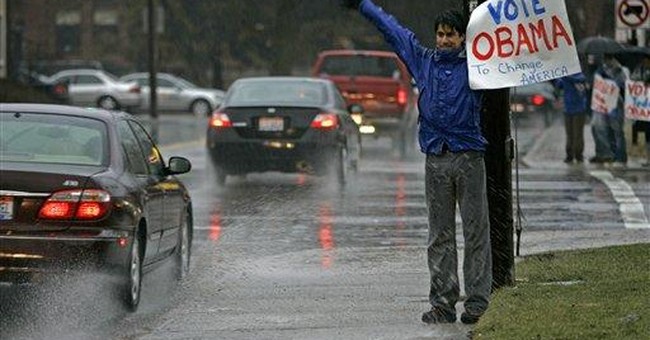 It's called the Pundit Accountability Project, and it was created because "the campaigns are not the only clowns in this year's circus — the pundits have joined the act, too."

The project captures video clips of pundits' predications so they can be measured against actual outcomes. Users who click into campaigncircus.com can track pundits by name in an easy-to-use drop-down menu that as of today included 23 pundits — typically the ones who have been most consistently wrong.

"The nature of the 24-hour news cycle requires many political pundits to fill the airwaves with endless chatter about the 2008 race," noted Campaign Circus CEO Jared Young, creator of the project. "The more they predict outcomes, the more they get wrong."

Speaking of the war on terrorism, few publications follow trends in news reporting more closely than the Columbia Journalism Review (CJR), which on this fifth anniversary of the war in Iraq is coming out swinging at the U.S. media for all but abandoning the fight.

Consider this introduction to this week's first in a series of articles by CJR reporter Paul McLeary, who spent a month northwest of Baghdad embedded with the Second Stryker Cavalry Regiment:

"Hundreds of reporters covered the invasion and the heady days immediately afterwards, sending back detailed and layered stories. Later, when Iraq began to turn toxic, that number shrank drastically. It's down to less than 100 now. The war has moved off the front page. And in politics, we speak about it almost in shorthand. We get precious little reporting anymore on exactly what our troops are up against."

CJR's editors say they hope the series "will add context and encourage the kind of reporting needed to inform the political and strategic decisions about Iraq that are still to come."

And where is former New York Mayor Rudolph W. Giuliani on the popularity list?

Ninth place, with only 3 percent.