John Kass
|
Posted: May 17, 2018 12:01 AM
Share   Tweet
The opinions expressed by columnists are their own and do not necessarily represent the views of Townhall.com. 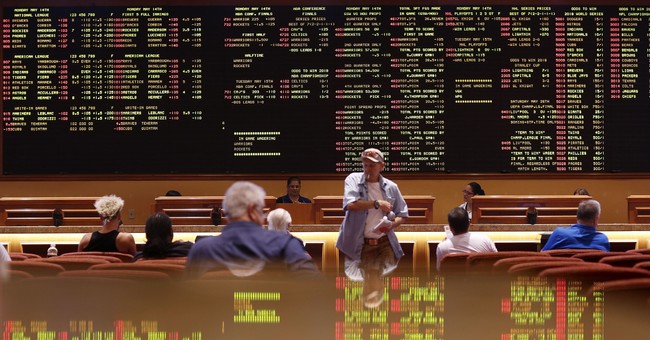 The other day, the U.S. Supreme Court legalized sports betting, essentially transforming politicians from every state in America into bookies.

State governments and their virtuous politicos are thrilled, dreaming of revenue coming in from state-licensed sports book operations.

But before everybody gets too excited, you might want to hear what a wise old man from Chicago once said about gambling.

He ran a giant American corporation, president and chairman of the board, and was respected and feared. He was more of a listener than a talker.

One day, someone told him a story about another mid-level executive in the corporation.

"I really hate that guy," said the man telling the story. "I hate him so much I hope he gets cancer and dies a slow, painful death."

"Cancer?" asked the old man. "You want him to have cancer?"

"That's' terrible you want the guy to get cancer and die slow," the old man said. "Better you wish him to be a gambler. It'll take longer than cancer."

And then he laughed his silent laugh.

It was the laugh he'd laugh sometimes when looking up at street signs along Cermak Road in Chicago, named for a mayor who just so happened to get shot to death, as if by coincidence, just a few feet from President Franklin Roosevelt.

It was the laugh he laughed when he'd see the signs for Chicago's O'Hare International Airport, named after the son of a bookie. The bookie had been murdered after he'd cooperated with the feds.

The old man had a sense of humor. And he knew that members of his corporation would see those signs, on Cermak or at the airport, and they'd understand.

The newspapers called him Paul "The Waiter" Ricca, although Ricca wasn't his real name and nobody called him "Waiter."

His real name was Felice DeLucia, and he was born in Italy. As a teenager, he stabbed a man to death, either on orders from the local mafia boss or because the victim had disrespected his sister or both.

Either way, Ricca killed him, then was sentenced to prison for a couple of years. On the day of his release he killed the witness who fingered him. He killed him with a knife. After that, there was no more trouble with witnesses.

He didn't act like a gangster. He didn't wear jewelry. He wasn't flashy or loud. He favored wool Pendleton lumberjack shirts that he buttoned to the neck.

Yet shortly after he arrived in Chicago in the '20s, to watch over the media clown Capone, until his death of a heart attack in 1972, Paul Ricca was the most dangerous man in the country. He was the true boss of bosses of organized crime in America, what the East Coast calls the mob, what Chicago calls the Outfit. He was the boss of all of it.

Not a major move was made without his say-so. What happened in Hollywood, or in the planning and building of Las Vegas, and who lived and who died, all of it came with his OK. Hollywood made movies about others. But Hollywood never made a movie about Ricca.

He understood human nature and the price of politicians, and how to profit from weakness, so he knew about gambling.

He knew it took longer to kill than cancer, and that it was painful, not only to the gambler, but also painful for the gambler's family and friends.

And now, because the Supreme Court on Monday overturned as unconstitutional the 1992 Professional and Amateur Sports Protection Act, the states are free to offer sports betting.

Nevada and Las Vegas had legalized sports betting pretty much to themselves for decades, but soon all the states can wet their beaks with profits from their citizens.

Some reports suggest that the Outfit and the rest of the old mob will be crushed by competition from the states. But old organized crime is already on the run.

They've been run out by the feds, and the Mexican drug cartels, who'll soon take over urban political structures -- if they haven't already. Those cartels will provide order from chaos, just like the Outfit did years ago.

The one thing that state-licensed bookmaking operations won't do is let their gamblers bet on credit.

I'm not a gambler. But I do know that bookies let their people bet on credit. That's their charm, until you don't pay.

When gamblers are desperate for cash they take family treasures and go to the pawn shop. If you've ever watched "Pawn Stars" on TV, you've seen those hapless folk who take whatever meager price is offered to them. They don't say what they need the cash for.

You need cash to bet at a casino. You'll need money upfront at a state licensed sports book. States won't take credit. Not yet.

Sooner or later, though, governments will run pawn shops, too. Gambling addicts have a disease, and government bets on its citizens to lose.

Paul Ricca would have understood what the states are up to.

And he'd laugh that quiet laugh of his.