The 7 Dumbest Things That Offended Liberals

John Hawkins
|
Posted: Aug 20, 2016 12:01 AM
Share   Tweet
The opinions expressed by columnists are their own and do not necessarily represent the views of Townhall.com. 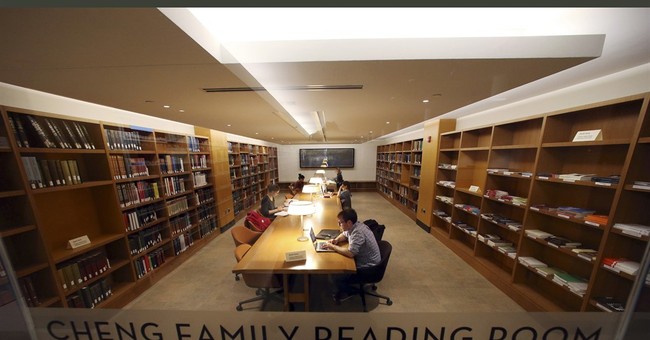 In a social media-driven world, everyone is a brand. When everyone becomes a brand, virtue signaling is destined to become an epidemic. When you’re a liberal, the best way to show how much more virtuous you are than other people is to become offended. The more trivial the issue you are offended by, the more caring, enlightened and, yes, virtuous you appear to other liberals. Moreover, if you think white privilege, racism and rape culture are running rampant, you’ll want to find ways to distinguish yourself from the masses, whom you view as troglodytes.

As the great Thomas Sowell has said, “The charge is often made against the intelligentsia and other members of the anointed that their theories and the policies based on them lack common sense. But the very commonness of common sense makes it unlikely to have any appeal to the anointed. How can they be wiser and nobler than everyone else while agreeing with everyone else?”

Liberals are so wise, so noble, so unlike all you racists out there reading this that they’re offended by things that no one else would even think about. For example…

We know this because the designated representative of the entire Latino community said so. Wait, Maite Arce is not the duly elected, rightfully chosen representative of all Latinos everywhere? No – apparently not. She does, however, speak for a radical leftist group, similar to La Raza, the Hispanic Access Foundation (HAF), who promote the causes of illegal aliens – but only Latinos. If you are a Norwegian illegal – she doesn’t care.

Now what could possibly be her and her groups beef? It seems Park Ranger uniforms too closely resemble those of the border patrol and I.C.E. agents. Oh, the horror!

...Arce says that, “We are calling for drastic and scary change. One example I can give you is with the Latino community, especially among the border states, but even nationwide, just the simple color of the uniforms that rangers wear. It’s such a shame that something as simple as the uniform and its similarity to the border patrols’ uniform – in the coloring – could be very threatening to certain segments of the Latino population.”

Of course it’s not one example – it’s the only example and we all know what “certain segments of the Latino population” she is referring to – the only “segment” who might be concerned with being caught and deported. Sadly I don’t know where this fear originates. I.C.E. and the Border Patrol are under orders to catch and release if they even catch. So why on Earth should illegals fear the Park Rangers?”

2) “Vote Trump” Written In Chalk On The Sidewalks Of College Campuses: We’ve now reached the point where liberal students have become so sheltered that merely seeing support for a candidate that they don’t like sends them into a tizzy.

Just hours before four bombs ripped apart two transportation systems in Europe, Emory students were dealing with their own supposed terror situation. Sometime on Sunday night, someone had the audacity to scribble “Trump 2016,” “Vote Trump,” and “Trump!!!” with a writing utensil preferred by toddlers. The erasable chalk around the campus, with a simple political message, was all it took for these easily offended people to completely lose it, suffering emotional unrest that officials were forced to deal with.

The campus publication, The Emory Wheel, actually took this “chalk situation” seriously, seemingly siding with the crybaby college students who demanded to know how someone could rape their “safe space” with a candidate’s last name. Rather than walking over the words, or simply wiping away the words instead of their tears, 40 students banded together to protest this sidewalk “terrorism” inside the administration building.

...“I’m supposed to feel comfortable and safe here,” one female student said. “But this man is being supported by students on our campus and our administration shows that they, by their silence, support it as well … I don’t deserve to feel afraid at my school.”

3) Calling America A “Land of Opportunity”: "The University of California sent a handout to faculty recently that includes a list of offensive statements. According to the handout, ‘America is the land of opportunity’ will be banned from campus.

...A University of California faculty leader-training handout instructed professors not to say that “America is the land of opportunity” because that’s a racist, sexist microaggression.

According to the handout, called “Tool: Recognizing Microaggressions and the Messages they Send,” the statement assert’[s] that race and gender [do] not play a role in life successes’ — despite the fact that saying opportunities exist and saying that opportunities are more easily attainable for some people than others are not mutually exclusive assertions.

Other microaggressions listed on the document include asking, ‘Where are you from or where were you born?” (because it suggests that the person you’re asking is “not a true American’); asking a post-doctoral minority student whether he or she is lost in the halls of a chemistry building (because it makes ‘the assumption that the person is trying to break into one of the labs’); and having students fill out forms on which they have to check a box indicating whether they’re male or female.

The school will now ban the phrase, 'America is the land of opportunity.'"

4) Using the word “wife”: “A document provided to Breitbart News shows the investment banking behemoth JP Morgan Chase has joined a long line of major corporations in putting pressure on employees to sign up for the cause of gay rights. And they have not-so-subtly let each employee know not signing up will be noted.

Employees are being told “to help create an environment for open and honest dialogue.” The document notes descriptors such as “wife” and “boyfriend” are frowned upon, and “partner” is preferred. Not referring to your wife as your wife “offers up the opportunity for more inclusive conversations.”

5) The Word “Man” Being Too Much For Students At Princeton: “The Princeton University HR department has largely wiped the word “man” from its vocabulary.

The relatively new policy in effect at the Ivy League institution spells out the directive in a four-page memo that aims to make the department more gender inclusive.

Instead of using ‘man,’ employees are told to use words such as human beings, individuals or people.

...The memo goes on to list a variety of occupations that typically include the word ‘man’ in them and offers replacements: business person instead of businessman, firefighter instead of fireman, ancestors instead of forefathers, and so on.

...In a statement to The College Fix, John Cramer, Princeton’s director of media relations, said the guidelines ‘reflect the university’s initiative of fostering an inclusive environment.’

While Princeton’s language policy for its Offices of Communications and Human Resources, Princeton’s LGBT Center also offers a guide on various gender pronouns for those who identify as “transgender, genderqueer, and other gender-variant,” suggesting ‘ze, zie and hir,’ ‘they and theirs,’ and ‘Ey, em, eir and emself.’”

6) Applying The Word “Childless” To Women Without Children: “The Sex And The City star, who has been married three times, said she finds the term ‘childless’ offensive.

Miss (Kim) Cattrall, 59, believes that although she is not a biological mother, she is still a parent because of the role she plays in the lives of young actors, actresses and her nieces and nephews.

… The actress told the show how she dislikes the term ‘childless’.

She said: ‘It’s the ‘less’ that is offensive – childless – it sounds like you’re less because you haven’t had a child.”

7) The Name “Lynch”: “Students are demanding that (among other things) [Lebanon Valley College] administrators remove or modify the name of the “Lynch Memorial Hall” — not because the man it was named after was a racist, but because these students cannot handle the word “lynch.” Lynch, of course, is a term that means to put to death (as by hanging) by mob action without legal sanction.

...The hall was named after Clyde A. Lynch, who served as president of the college during the Great Depression and raised more than $500,000 for the physical education building that bears his name.”