The Conservative Case for Temporarily Stopping All Immigration To America 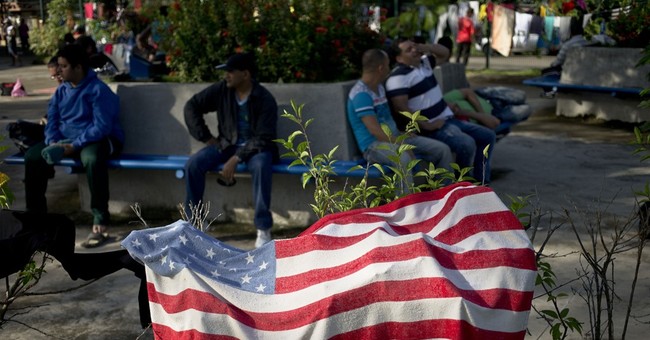 Immigration is not good for America. At least, not anymore. Immigration has benefitted our nation a great deal and it certainly can do so again, but as long as our current rules are in place, immigration can only hurt our country.

However, even though that’s true, the presumption of our immigration laws seems to be that any person, from any culture, of any educational status, from any country is just as likely to come to America, fit in and become a productive citizen.

That idea is ridiculous on its face.

The whole idea that it doesn’t matter whether we bring in large numbers of uneducated people from socialistic countries with backward cultures where they don’t speak English or large numbers of highly educated people from capitalistic countries with Western cultures that speak English makes no sense. Yes, there are always exceptions to the rule, but unquestionably members of one group are much more likely to fit in, assimilate and add to the tax base than the other group.

Worse yet, America’s immigration system is family-based instead of merit-based. How does it make America better for us to favor someone’s uneducated Grandpa from a Third World nation over a rocket scientist in his late twenties from Israel or Australia just because Grandpa has a relative in the United States?

Furthermore, why would we want to bring ANYBODY to the United States who can’t pay his own way and add to the tax base? Did you know that 62% of illegal alien households are using some form of welfare? How can they do this when they’re not citizens? Easy. They have a kid here and then suddenly they’re eligible for all sorts of benefits. How would it make America better to allow illegal aliens who pay no income tax and take government benefits to stay in our country? Of course, it doesn’t.

Perhaps even more disturbingly, the problem is nearly as bad with LEGAL IMMIGRANTS.

Households headed by legal immigrants have higher use rates than native households overall and for cash programs (14 percent vs. 10 percent), food programs (36 percent vs. 22 percent), and Medicaid (39 percent vs. 23 percent). Use of housing programs is similar.

Conservatives believe the primary purpose of immigration should be to benefit the people who are already here. It’s hard to see how making someone a citizen who later becomes dependent on food stamps and Medicaid benefits the American people.

Getting beyond that, a lot of Americans have very legitimate concerns about assimilation, the massive amount of crime committed by illegal immigrants, and whether our government can properly vet immigrants. Additionally, given what’s happening, we should all be worried about American citizens losing out on jobs. Right now, the workforce participation rate in America is 62.6 percent, which is the lowest that number has been in 38 years. America DESPERATELY needs to focus on getting those Americans back to work instead of bringing new immigrants to take those jobs or alternately get on welfare themselves.

After all, it’s not as if the United States hasn’t already done our share when it comes to taking in immigrants. Currently, we have an all-time record population of 41.3 million foreign-born citizens. That’s an enormous increase,

Given how many Americans are out of work, how many immigrants are on some form of government assistance and how poor our vetting system is, doesn’t it make sense to halt the flood of immigration into our country for a few years?

That would give us time to get more Americans hired, fix our vetting process, secure the border and set up a merit-based immigration system that would assure we’re consistently getting the cream of the crop instead of bringing people here to take advantage of our welfare system.

Immigration has been a tremendous boon to America in times past and it can be again, but under our current system immigration can only make America weaker.