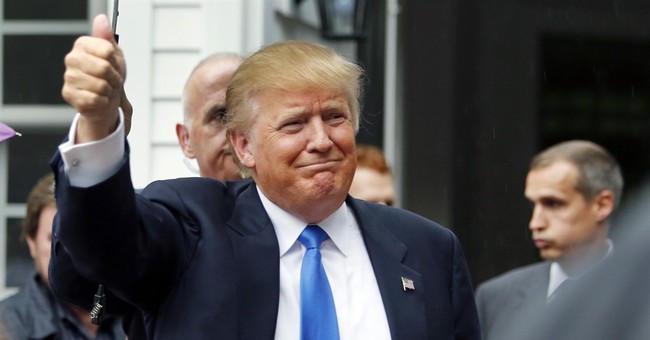 "We have now sunk to a depth at which the restatement of the obvious is the first duty of intelligent men." – George Orwell

Despite all the gnashing of teeth from the Left over Donald Trump’s comments about illegal aliens and liberals’ deliberate attempts to distort what he said, his controversial comments about Mexico are absolutely correct.

Despite attempts to take his comments out of context, Donald Trump was clearly talking about illegal immigration. So, if you want to say, “My grandfather came here legally from Mexico….” or “I know a legal Mexican immigrant who serves in the military,” it has nothing to do with what Trump said. Even when it comes to illegals, Trump noted that some of them are “good people.”

So what’s really upsetting people on the Left is Trump’s assertion that Mexican illegal aliens are committing a substantial amount of crime in America. That is inarguably true.

* “Thanks to the Supreme Court ruling Zadvydas v. Davis (2001), the U.S. has become a dumping ground for Third World rapists. Aliens convicted of violent crimes can’t be held for more than six months if their home country…doesn’t want to take them back. The ruling unleashed 134,000 aliens onto American streets in only three years.

Executive associate director of enforcement and removal operations at ICE Gary Mead told a House Congressional Subcommittee in 2011 that the released aliens went to commit a wave of crimes ‘including, but not limited to, arson, assault, property damage, extortion, forgery or fraud, homicide, kidnapping, weapons offenses, embezzlement, controlled substance offenses, and sexual offenses.’ Released illegals also shot a New York state trooper and a Ft. Meyer cop who had a wife and three children.”

* “However, House Judiciary Committee Chairman Robert Goodlatte today released data…(that) showed that deportations as well as arrests of criminal aliens dropped about 30 percent during the first six months of this fiscal year. Moreover, the 30,558 criminal aliens that ICE released back on the streets in 2014 garnered almost 80,000 convictions. These included 250 homicides, 186 kidnappings, 373 sexual assaults, 13,636 convictions for driving under the influence, 1,589 weapons offenses, 994 aggravated assaults, 56 arsons and 31 smuggling offenses.”

* “The 287(g) program and related efforts have found high rates of illegal alien incarceration in some communities. But it is unclear if the communities are representative of the country:

Collier County, Fla.: 20 to 22 percent of jail inmates and arrestees are illegal aliens;

* “From 1998 to 2007, 816,000 criminal aliens were removed from the United States because of a criminal charge or conviction. This is equal to about one-fifth of the nation’s total jail and prison population. These figures do not include those removed for the lesser offense of living or working in the country illegally. The removal and deportation of large numbers of criminal aliens may reduce immigrant incarceration rates because many will not return and re-offend, as is the case with many native-born criminals.”

After seeing those staggering numbers, it’s worth remembering that none of these people are supposed to be in our country in the first place. So, every American who is robbed, raped, assaulted or murdered by an illegal alien is an unnecessary victim. No wonder liberals are so desperate to get Trump to stop talking about how many Americans are being hurt by their refusal to secure the border.