If Everybody Likes You, You're Doing Something Wrong 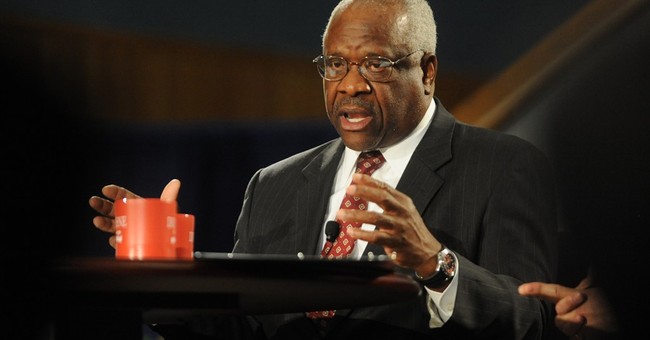 Do you know how to get lots of people to hate you in America? In the age when people seem to bend over backwards to let you know that they’re offended, it’s actually pretty easy.

For that matter, all you really need to do is have an opinion of some sort and somebody who holds the opposite opinion will hate you for that. If you don’t believe that, just tell a few people that you don’t support gay marriage, you aren’t a big fan of women breast feeding in public or that you think Islam seems to be more violent than other faiths and you can get your earplugs ready to deaden the screams of outrage.

But, if you really, really want to be hated, then try to change something. That’s true today, it’ll be true tomorrow and it was true 500 years ago when Machiavelli wrote this,

“And one should bear in mind that there is nothing more difficult to execute, nor more dubious of success, nor more dangerous to administer than to introduce a new order to things; for he who introduces it has all those who profit from the old order as his enemies; and he has only lukewarm allies in all those who might profit from the new. This lukewarmness partly stems from fear of their adversaries, who have the law on their side, and partly from the skepticism of men, who do not truly believe in new things unless they have personal experience in them.”

The problem for those of us who engage in politics is that it’s all about changing things and thus, you’re constantly going to be making people angry. In fact, just protecting the rights you already have infuriates people -- as Christians who’ve declined to participate in gay marriages or provide abortifacients have found out to their dismay.

Although some people who are hated deserve the scorn they receive, as often as not, you’ll be hated for being effective or setting a GOOD example.

How dare Clarence Thomas be an intelligent, well-respected BLACK CONSERVATIVE who sits on the Supreme Court?

How dare Sarah Palin be such a wildly popular, highly successful, groundbreaking CONSERVATIVE WOMAN who ran for VP?

How dare Ted Cruz be a charismatic HISPANIC CONSERVATIVE who tries to get the Republican Party to LIVE UP TO ITS CAMPAIGN PROMISES?

Additionally, because of social media and the blogosphere, the hate out there is amplified. A dozen people on Twitter with two dozen phony accounts each start attacking someone, a few other liberals follow along, a handful of lefty blogs write about how the target is “under fire” and the Washington Post or New York Times writes an article about the “controversy.” Also, as someone who’s been there, done that, let me tell you that your friends and allies tend to step away from you when you’re being attacked and until you’re used to it, it can be very intimidating to stand alone in the spotlight while the bad guys are whipping tomatoes at you non-stop.

Unfortunately, that’s the gauntlet you have to run if you want to accomplish anything. You’re going to get called a “Nazi” for supporting Israel and a “racist” for saying people should be “judged by the content of their character, not the color of their skin.” If you push anti-abortion legislation that would save the lives of millions of female babies, you’ll be called “anti-woman.” If you fight to protect the First Amendment rights of Christians, people will claim you hate gays. It’s not logical; it’s not rational -- it’s hordes of shrieking brats having a tantrum in the mall because they aren’t getting their way.

If you’re a Republican politician and you’re not getting those kind of attacks, you’re doing something wrong. You should be getting death threats. Your local liberal paper should be endorsing someone else. Illegal immigrants should be threatening to picket your office and Al Sharpton should be calling you a racist.

If you’re a church and there aren’t liberals getting upset with what you have to say about gay marriage, abortion and standing up for your faith, you’re doing something wrong.

If you’re a conservative Christian and nobody would ever know that about you unless it’s dragged out of you in a deep conversation, you might want to consider whether you’ve been intimidated into hiding what you believe.

Liberalism eventually destroys everything it touches. It creates riots in Baltimore, exacerbates water shortages in California and it decimates cities like Detroit. When the American people are clearly presented with a choice between liberal ideas and conservative ideas, they vote conservative.

Liberals know this; so they screech, they whine, they caterwaul, they complain, they name call. These are the sort of people Eric Hoffer described when he said, "We all have private ails. The troublemakers are they who need public cures for their private ails." Most of them aren’t good people, even fewer of them are happy people, but they’re certainly loud people who’ve learned that the squeaky wheel gets the grease.

So, it’s tempting for some people to put their heads down and try to avoid trouble. The politician doesn’t want to be attacked for supporting legislation that his liberal home town paper won’t like. The pastor wants the church to be liked by hostile atheists and liberals who think the world would be a better place if Christianity disappears. The ordinary person doesn’t want to say anything that might make someone on Facebook or Twitter mad.

The next thing you know, you’re the living embodiment of this brilliant James O’Keefe quote:

It doesn’t matter how nice, giving, tolerant, compassionate or wonderful you are, you will be hated by many people if you’re doing something worthwhile. Taylor Swift had Kanye West “Imma Let You Finish” her in the middle of receiving an award at the 2009 VMAs; people were turning on The ALS Association Ice Bucket Challenge by the time it was over. There are even people who despise Mother Teresa.

Get used to it because it comes with the territory.

That doesn’t mean you should deliberately be obnoxious or hate your enemies right back, but if you’re going to let other people’s anger and outrage stop you from accomplishing what you need to get done, you’re doomed to live a mediocre life. There were liberals celebrating when Andrew Breitbart, Ronald Reagan and Margaret Thatcher died and if you do enough good things in your life, they’ll be celebrating when you die, too.