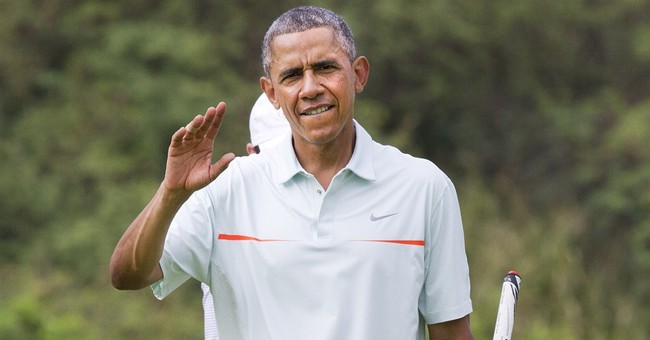 20) Wendy Davis: Liberals had such great hopes for Wendy Davis, but her abort ‘em-all-and-let-God-sort-‘em-out themed campaign didn’t turn out to have the appeal at the ballot box libs seemed to think it would in a conservative state like Texas.

Defining Tweet: “It is a bit embarrassing that Abortion Barbie doesn't even have her facts straight on Kermit Gosnell considering abortion is her issue.” – Erick Erickson

19) Sandra Fluke: Despite her outstanding liberal track record of being a pretentious 30 year old student whose only “accomplishment” involved asking Congress to subsidize the staggering amount she apparently paid for her monthly birth control pill, Fluke was still rejected by California Democrats in her bid for the State Senate. Ha, ha, ha!

Defining Airheaded Tweet: “Horrified by #TortureReport & by how it mirrors domestic challenges of #sexualassault & violence against men of color by authority figures.” – Sandra Fluke

18) Russell Brand: According to his biography, Russell Brand actually IS the pampered, scatterbrained celebrity that he plays in Get Him to the Greek. However, like a lot of other film stars, he doesn’t just want to be thought of as a pampered, ex-heroin addict, so he blathers on about politics. In Brand’s case, it’s mostly barely comprehensible gibberish about revolution, rich people and tolerance – and probably crumpets or something since he’s British and no one can figure out what he’s trying to get at half the time.

Hi. I'm Jo. You may remember me. You may even have filmed me. On Friday, you staged a publicity stunt at an RBS office, inconveniencing a hundred or so people.

...One last thing, Russell. Who did you inconvenience on Friday? Let's say that you're right, and that the likes of Fred Goodwin need to pay. OK, so how much trouble do you think Fred faced last Friday as a result of your antics? Do you think any of his food got cold, Russell? Even just his tea? I somehow doubt it. How about some of the millionaire traders you despise so much (some of whom are nearly as rich as you, Russell)? Well, no, because you got the wrong f*cking building. (Might want to have a word with your researchers about that.) Which brings us back to where we came in: a bunch of admittedly fairly well paid but still quite ordinary working people, admin staff mostly, having their lives inconvenienced and, in at least one case, their lunches quite disastrously cooled, in order to accommodate the puerile self-aggrandizing antics of a prancing multimillionaire. If you had any self-awareness beyond agonizing over how often to straighten your f*cking chest-hair, you'd be ashamed.” – Jo from Northern Ireland

17) Andrew Cuomo: How much of a partisan dummy does a governor have to be to publicly tell people who disagree with him politically that they’re not welcome IN HIS STATE?

16) John Kerry: He’s every bit as good of a Secretary of State as conservatives would expect a far left-winger from Massachusetts who smeared the men he fought with in Vietnam to be. Put another way, he’s about as good at the job as Hillary Clinton.

Defining Quote: “I get always a little uptight when I hear politicians say how exceptional (America is).” – John Kerry

15) Bill De Blasio: It shouldn’t be a surprise that a Marxist mayor who ran an anti-cop campaign would encourage potentially violent liberal protesters who hate the police, but it is surprising that the Mayor of New York told the whole world that he is afraid to have his son near them. No wonder the NYPD has turned its back on De Blasio.

Defining Quote: “It's different for a white child. That's just the reality in this country. And with Dante, very early on with my son, we said, look, if a police officer stops you, do everything he tells you to do, don't move suddenly, don't reach for your cell phone, because we knew, sadly, there's a greater chance it might be misinterpreted if it was a young man of color.” – Bill De Blasio

14) MSNBC: It would be tempting to smack around Chris Matthews, Ed Schultz, Rachel Maddow or her more feminine counterpart Chris Hayes individually, but given how small the network is getting, do they deserve it anymore? It’s a little like taking a shot at an individual blogger at Daily Kos or Firedoglake at this point. You almost expect the whole network to be pulled off the air one day and replaced with reality TV. Could Honey Boo and Kardashian spin-offs do that much worse in the ratings than propaganda so bad it embarrasses people who considered “hope and change” to be a political platform?

Defining Quote: “In a way, MSNBC is conservatives’ best friend: We attempt to puncture the smug illusions that progressive media types have about themselves, but only MSNBC is really doing so.

13) Hillary Clinton: She spent most of the yeartouring the country on her broomstick, preparing for her run at the presidency which is based on her achievements, competence, ehr…the fact that she has female genitalia? Ever so often, Grandma Clinton grabbed a walker and hobbled to the podium to be completely baffled when she was asked about her qualifications or to spit out whoppers about how poor she is.

Defining Quote: “We pay ordinary income tax, unlike a lot of people who are truly well off, not to name names; and we’ve done it through dint of hard work." – Hillary Clinton

12) Ta-Nehisi Coates/Toure/Melissa Harris Perry/Eric Dyson: On the one hand, you almost feel compelled to include professional race hustlers on a list like this. On the other hand, they tend to be boring, tedious hacks who seldom have anything to distinguish them from each other beyond how “creative” (and I use that word loosely) they are at coming up with different excuses to cry “racism.” So, we’ll just group them all together except for Al Sharpton, who deserves his own place on this list and probably in prison for tax evasion as well.

Defining Quote #2: "Saying black and brown lives matter makes a big difference because when that language gets repeated by white tongues, white brains can follow suit, and white souls can at least be trained in a different way." -- Eric Dyson

11) The Affirmative Consent Wackos: The basic idea is supposed to be that if couples drink or don’t get formal consent during every step of the courtship process from a peck on the cheek to group sex, then the man can be accused of rape.This bizarro world BS seems like the sort of thing space aliens who’ve observed humans mating from afar would come up with to deal with rape. However, sadly there are idiots right here on earth who think it’s helpful to have colleges prosecuting innocent men for rape in kangaroo courts that nobody other than rabid left-wing mouth breathers will consider legitimate.

Defining Quote: “Under this law, an accusation is as good as evidence. Does every sexual encounter need to be recorded and documented just in case some time in the future one person decides to call it rape? Under these policies, yes.” – Ashe Schow

10) Luis Gutiérrez: It’s bizarre to hear an American member of congress who is very open about being primarily loyal to non-Americans,but Gutiérrez fits the bill.He wants amnesty, no borders, no immigration laws, just as many foreigners coming here as possible, for whatever they want, as long as they want and that hurts Americans; well, who cares about them anyway? Certainly not Luis Gutiérrez.

Defining Quote: "I have only one loyalty and that’s to the immigrant community." -- Luis Gutiérrez

9) Nancy Pelosi: She hasn’t been as vocal as usual this year since she polls about the same as Ebola, but she shows up every now and again to say something obnoxious, tell an obvious lie or just to menacingly cackle, “I’ll get you, my pretty, and your little dog, too!”

8) Rosemary Lehmberg: This Texas District Attorney is known for exactly two things: acting like a belligerent lunatic after being caught driving while drunk and being connected to a politically motivated indictment against Rick Perry for trying to have her removed from office over her ridiculous, drunken behavior.

7) Eric Holder: He is a lying, incompetent, politically-motivated, race-baiting punk who runs the Department of Justice despite not being any more ethical than the criminals his department investigates. Holder is a disgrace to the DOJ.

Defining Quote: “There's a certain level of vehemence, it seems to me, that's directed at me [and] directed at the president. You know, people talking about taking their country back. … There's a certain racial component to this for some people. I don’t think this is the thing that is a main driver, but for some there's a racial animus.” –

6) Harry Reid: Reid is like thecranky male farmer from the American Gothic painting come-to-life and when he wasn’t running the Senate like Benito Mussolini ran Italy, he obsessively spent every waking moment talking about the Koch brothers as if the fate of the entire nation hinged on it.

5) The Ferguson / Eric Garner protesters: What ostensibly started as protests about the police being too quick to use deadly force has turned into rioting, looting, lawlessness, blocking traffic and calls for dead cops. It’s like the Occupy Movement, except with even more criminal behavior (which is saying something).

Defining Quote: "What do we want? Dead cops! When do we want it? Now!” -- Day of Anger: Millions March

4) Jonathan Gruber: Maybe it’s not fair to include the “Father of Obamacare” for comments he made in 2013 that just came to light in 2014, but an arrogant jackass like Gruber deserves every bit of scorn and rebuke that can be heaped upon his lying head.

Defining Quote: “In terms of risk rated subsidies, if you had a law which said that healthy people are going to pay in, you made explicit healthy people pay in and sick people get money, it would not have passed. Lack of transparency is a huge political advantage. And basically, call it the stupidity of the American voter or whatever, but basically that was really, really critical to get for the thing to pass. Look, I wish Mark was right that we could make it all transparent, but I’d rather have this law than not." – Jonathan Gruber

3) Al Sharpton: If you want to know why the Left is getting stomped into the ground right now, just consider the fact that an anti-white, anti-cop professional race hustler who owes 4 million in taxes has his own show on MSNBC, is the face of the sad excuse for what remains of the “civil rights movement” in America and is an influential informal advisor to the Obama White House.

Defining Quote: “In honor of all uniformed service personnel in America, say a prayer for Police Officers Liu and Ramos. #TurnYourBack on #PigSharpton” – James Woods

1) Barack Obama: What can you really say about a habitually dishonest, thin-skinned, delusional, incompetent, narcissistic, power-mad, wannabe despot who could very fairly be called the worst President in American history? Oh, well, I guess that's what you can say.

Defining Quote #1: "There have been periods where the folks who were already here suddenly say, ‘Well, I don’t want those folks,’ even though the only people who have the right to say that are some Native Americans." – Barack Obama

Defining Quote #2: “I think the Prime Minister is the first to acknowledge that Malaysia’s still got some work to do. Just like the United States, by the way, has some work to do on these issues. Human Rights Watch probably has a list of things they think we should be doing as a government.” – Barack Obama