I Am The Type Of American They Want To See Disappear 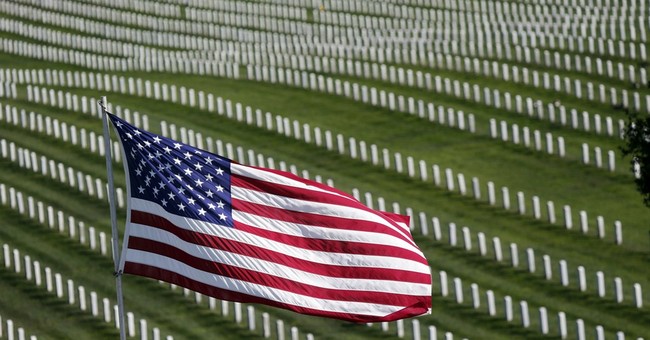 I believe in putting Americans first. Poor Americans should come before illegal immigrants, the lives of our troops are more important than the lives of the terrorists they’re fighting and I don't much care what the United Nations or "international law" has to say about anything. I wish everybody well and think we have a debt of honor to the countries that fought shoulder-to-shoulder with us in wars, but I’m not a “citizen of the world.” I’m an American first and the rest of the world is a very distant second.

I don’t care for most of the politicians in our country, even the ones in my party -- and our President is a disgrace. But, I also think God couldn't give anyone a much sweeter gift than the privilege of being an American citizen. That's something every good American should remember and teach to his children. I’m proud when I see a flag wave because it’s the symbol of a people who conquered a continent, became a superpower and saved the world three times. If you don’t feel any pride for being a part of a nation like that, you should move to a nation you can be proud to support.

As an American, I have a healthy disrespect for the government, along with any busybodies who want to tell me what to do or bureaucrats who think they know how to spend my money better than I do. I don't need help from the government any more than our ancestors needed help from the British and the few things I want it to do, it doesn't do very well. When the government secures the border, stops giving our tax dollars to lazy people who won’t work, and balances the budget, then I'll stop resenting every dime I have to send in on April 15th.

I respect cops, soldiers, firemen and anybody else who runs toward danger when everyone else runs away. I like feminine women, men who fulfill their responsibilities, and children who've been spanked until they've learned to treat adults with courtesy. While we're at it, if your kid is getting in trouble at school, stop blaming the teacher and punish his sorry little butt until he straightens up and flies right. If we had more kids getting spanked and less parents letting them run wild and walk around with their pants hanging below their behinds, we'd have a better country.

While we're at it, I say "Yes, sir” and “No, ma’m," I tip 20% and I treat everyone from janitors to waitresses with respect. If I need to yell at someone, I'll have a manager called up so I'm at least yelling at someone who can do something about my problem instead of venting at some working stiff who's just doing his job. I open doors for women, pull out their chairs and offer them seats on the subway. If a woman doesn't like that, then that's her problem, not mine.

I wouldn't tell any woman she has to try to look attractive for men, act like a lady, and make me a sandwich, but I will admit that I appreciate the women who do. I also don't mind telling a woman she looks great if she does. What kind of world would it be if we can't tell a woman who spent an hour trying to make herself look beautiful before she went out that it worked? All these feminists who insist women are just like men? They don’t even know themselves. The reason men love women is because they aren't like us.

I don't care what race, sex, gender or religion you are; you don't deserve to be discriminated against and you don't deserve any special privileges. If you expect me to turn a blind eye while you treat someone badly or feel entitled to special treatment, you're going to be disappointed. I don't care if you get offended because you can take your trigger words and your complaints about “white privilege,” turn them sideways, then shove them where the sun doesn't shine. Curse me out if you like, but at least do it in English since that's the language we speak in this country.

I think we should be more concerned with telling people the truth than sparing their feelings. There is a God and your life will be better if you believe in HIM. You’re stuck with the gender you’re born with and you can’t change it. Abortion is killing a living, breathing human being who would love you with all his heart. Ninety nine percent of the time your kids will do better if they have a mommy and a daddy in the home. You can’t be a good Christian and support abortion or gay marriage. Better to get mad about it now and have a chance to do something than to figure it out when it’s too late.

Nobody owes me anything and you’ll never hear me complaining that life’s unfair. I was born an American, I have two parents, I’ve loved and been loved in return and so as far as I’m concerned, that means I hit life’s lottery. Too many people don’t realize how good they have it here because they weren’t raised right, they’ve never cracked open a history book and they spend too much time envying people who have more than they do instead of appreciating what they have. This is the greatest country God ever raised up from the muck and any American who isn’t willing to say so has something wrong with him.