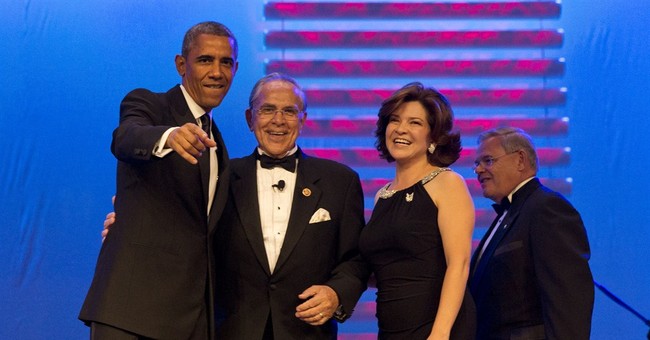 What good are "elites" who couldn't successfully manage a fast food restaurant, who are morally inferior to the average person, and who regularly fail at the jobs they're supposedly "experts" at? What good are "intellectuals" who habitually say ridiculous things, who are hostile to God, country and capitalism and who don’t have any common sense?

There was a time when the "elite" truly seemed to be better than most people.

For example, Leonardo da Vinci was an architect, cartographer, engineer, painter, sculptor, writer and legendary inventor among other things. Socrates was a superb stonecutter, soldier, politician and philosopher. Galileo studied medicine, mathematics, physics and has been referred to as "the father of modern science." For much of human history even the lesser "elites" from noble families had a tremendous advantage over the average man in a time when an education was hard to come by and their wealth and position in society provided them with opportunities to acquire skills that the general populace couldn't.

Today, in a world where there is a nearly infinite supply of news sources, there are far fewer shared activities than there used to be; college educations are commonplace and people can become extraordinarily wealthy based on a terribly narrow skillset.

That means the talented actors, programmers, and investment bankers may be geniuses at what they do, but once you get outside their field of expertise, they’re not “elite” in any other area. Is there any reason to trust Warren Buffet’s opinion on immigration? Is Al Gore really smarter than other people when it comes to global warming? Should Sean Penn really be anyone’s “go to” guy on which economic system is best for America? They may have fame and wealth, but outside of their narrow little areas of expertise, there’s nothing “elite” about any of them.

Even worse are the legions of “elites” and “intellectuals” who haven’t accomplished anything of note, truly proven their intellect or shown that they’re particularly good at anything.

For example, what accomplishments led anyone to believe that Barack Obama was ready to be President or that the Democrat Party’s assumed candidate in 2016, Hillary Clinton, is up to the job? Neither of them are stunning intellects. Neither have led particularly accomplished lives given the gravitas of the presidency. Neither of them seem to be extraordinarily gifted at anything. If either of them were unknown, it seems unlikely that they could successfully run their own small businesses or work their way up through the ranks of a corporation. In other words, they’re both Paris Hiltons of politics who are famous for being famous.

This is what people who get upset about “anti-intellectualism” and “anti-elitism” seem to miss. Today, most of our “intellectuals” don’t have impressive intellects and our “elites” haven’t proven that they’re “elite” compared to the average person.

The ranks of college professorships are overrun with far Left-wing, America-hating radicals. The Ivy Leaguers from schools like Harvard or Yale don’t seem to be any better educated than some of the brainier students at run-of-the-mill universities. It’s easier for a politician to get elected if he’s rich or part of a political dynasty than it is for a genius, gifted scientist, or public-minded philanthropist to get the nod. Lobbyists rake in millions for knowing people, consultants get rich without winning political races, and political activists build their nest eggs claiming to speak for people who pay little attention to them.

Meanwhile, incompetence has become the rule at many of the highest levels of our society. We’re a nation that put a man on the moon in 1969, but is incapable of going back in 2014. Our debt, our new government-run health care system, our immigration system – they’re all disastrously bad. Two of the “Big 3” car makers had to be bailed out by the government and then the “Big 3” became the “Big 2” as Chrysler was bought out by the Italian-owned company Fiat. Hoover Dam was built in five years back in the thirties. Today it takes seven years on average just to get a mining PERMIT and the first nuclear reactors since 1978 were approved in 2012. Even our military, which is the best in the world, has had its effectiveness undermined again and again by meddling politicians and PR-conscious generals who’ve squandered many of the victories our troops have won on the battlefield. It doesn’t take an ice skater to tell you that America is slipping.

Much of that goes back to the mediocrity of our “elites” and “intellectuals.” Our government can’t effectively govern. Our “betters” aren’t actually better. William F. Buckley, who was a very intelligent man, didn’t say "I'd rather entrust the government of the United States to the first 400 people listed in the Boston telephone directory than to the faculty of Harvard University” because he was anti-intellectual. He said it because he recognized how little America’s “intellectual elite” have to offer any more.

What happened to the nation that invented the light bulb, invented the nuclear bomb, and put a man on the moon? How did the same nation that saved the civilized world in WWI, WWII and the Cold War end up with a military that can’t pacify a backwater like Iraq because our politicians put conditions and rules of engagement in place that make it impossible for them to win? How could it be that a nation that guided Germany and Japan away from violence and barbarism lost so much confidence in our culture that we no longer feel comfortable telling immigrants IN OUR OWN NATION that they need to assimilate into our culture?

That is what happens when a nation that used to be a meritocracy embraces mediocrities as "elites" and "intellectuals" for nothing more than spewing political correctness and refusing to rock the boat.