5 Ways America Is Creating a Generation of Wimps 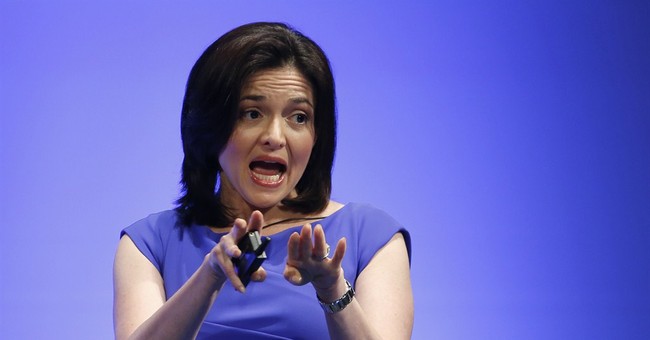 Americans rode in wagon trains across this country, tossed the Brits’ tea in the Boston Harbor, outfought the superpower of the 18th century to get our freedom, pounded the Indians, Mexicans, and Spanish into the ground to fulfill our Manifest Destiny and then for an encore, we saved the planet in WWI, WWII, and the Cold War. Our pioneer-pilgrim, hard-fighting, gold-mining, wagon-training, gun-fighting ancestors were so hard, Kid Rock's American Bad Ass should have played when they walked into a room. We conquered a continent, built the Hoover Dam, went to the moon, and not only did our Olympic athletes refuse to dip our flag to Hitler during the 1936 Olympics, we made the most evil man who ever lived kill himself in fear before we could get to him.

That's the stock that Americans come from, which begs an obvious question: What the hell happened to us?

How did the toughest, most independent society since Sparta turn into a wuss factory full of people who've never had an adventure in their life outside of a video game? We now have an entire grievance industry full of losers who spend all their time complaining that they're "offended" by everything from the name of the Redskins to the "Patriarchy" to politicians using "violent language" like "crosshairs" and "job killing." Can you imagine a member of the Greatest Generation complaining because a Japanese soldier called him a mean name? Do you think the wagon trains on the Oregon Train were more worried about "isms" or trying to avoid dying of dysentery and being scalped?

So back to that central question: How did Americans get so soft, so fast?

There are a lot of answers to that question. The military has gotten smaller; so fewer people serve; a lot of manly professions have faded away; our society has economically prospered to the point of decadence even if many people don't realize it; liberalism encourages wimpiness and failure....we could go on and on. However, the biggest problem we have is that we're systematically teaching our kids to be wusses.

The problem is that it doesn't matter how pretty, rich, or gifted you are; life is a pile of bricks coming towards you at 100 MPH and no matter how smart you are, how hard you work, or how often you do the right thing, it's going to clip you ever so often. You're going to lose a job, someone's going to die or decide he doesn't want to be your friend any more, you're going to have a stretch of bad luck, your hard work will be unrewarded, you're going to face financial stress, people are going to laugh at you -- no matter how charmed your life may be, it happens to EVERYONE.

Is this how we're going to prepare our kids for those unhappy eventualities?

1) Ban "Bossy:" This is the hot new idea on the "Left." Apparently if we "ban" the word "bossy," little girls will all grow up to be decisive leaders or something. Of course, if being called "bossy" is enough to dissuade a little girl from being a leader, she probably isn't cut out to be a leader in the first place. It doesn't matter if it's online, in Hollywood, at your local PTA, or in school; if you lead or gain a little status, someone will immediately start to undercut you. Typically, the words used are a lot less benign than "bossy," too. Sarah Palin knows a little something about being hit with abuse for being successful and as she would say, either "buck up or stay in the truck."

2) Microaggressions: This is a bit of popular silliness that has taken off on college campuses. Basically, since liberals are having trouble finding any overt racism to complain about, the general idea is supposed to be that someone is committing a "microaggression" against you by denying that he’s a racist, sexist, or even just by annoying a minority in some way. In fact, including microaggressions in this column counts as a "microaggression." In other words, the idea is supposed to be whiny losers always have some "ism" to be aggrieved over every time they feel bad, which is pretty much all the time because that's what life as a whiny loser is like.

3) Trigger Warnings: This is another bit of wackiness that has taken off on college campuses and I'll just use the Urban dictionary definition of it since it's as good as any other,

Used to alert people when an internet post, book, article, picture, video, audio clip, or some other media could potentially cause extremely negative reactions (such as post-traumatic flashbacks or self-harm) due to its content. Sometimes abbreviated as "TW."

Translation: instead of encouraging people to talk to a friend, get therapy, or just get over whatever is bothering them, it's everyone else's responsibility to warn others that they might be saying something that could trouble the legions of easily offended left-wing groups out there. Try that at your job some time and see what your boss says about it -- and don't expect a trigger warning before you get fired. Life is not only full of unpleasantness, it's full of things that remind you of that unpleasantness. Part of leaving childhood behind and becoming an adult is dealing with that fact.

4) Zero Tolerance Gun Policies at Schools: After Columbine, it's understandable that schools might be on the alert for weapons at school, but they've cranked things up to Salem-Witch-Trial levels of hysteria. There are kids who've been suspended for saying the word “gun,” chewing a Pop Tart into the shape of a gun or in the latest case, there's a girl being threatened with expulsion for having a razor blade in her possession for as long as it took to get it away from a kid who was trying to cut his wrists. Every man should at least know his way around a gun; firearms benefit women even more since they're unlikely to be able to outfight a man who wants to beat, rape or murder them. How does teaching kids to turn into a jellied mass of quivering fear because some kid chewed a gun into a Pop Tart square with the importance of knowing how to use firearms for adults?

5) The Self-Esteem Movement: There is actually a basic formula for building self-esteem. You find something you have talent at, you work at it, your ability is recognized and you feel better about yourself. However, we've moved past that formula and may have become the first society in history to almost entirely disconnect self-esteem from accomplishment. It's debatable whether our schools should be focusing on building the self-esteem of kids at all, but we certainly shouldn't be teaching every kid that he's a special little sunflower, regardless of whether he's done anything to earn it. Yes, God thinks all of His kids are special, but the rest of us generally aren't impressed with someone who has nothing going for him other than the fact that he exists and his teacher says nice things about him. The world doesn't owe you a living, you're not special just because your teacher didn't mark your papers with red ink, and the harsh truth is that the world values you for what you bring to the table, not because your life has been one long series of participation trophies.