5 Ways Liberals Try To Control You 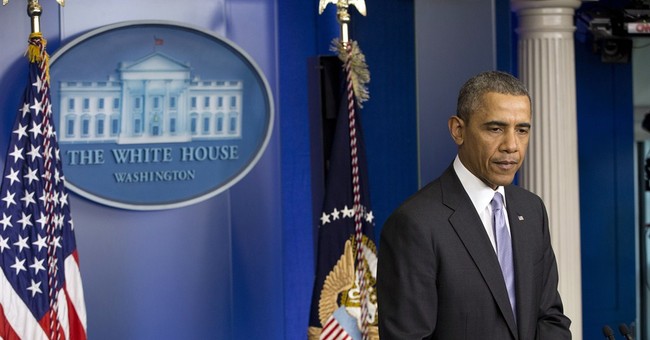 Liberalism is an ideology that believes in control, not freedom. That's why liberals love the federal government so much while they detest states' rights. It allows them to bend hundreds of millions of people to their will with one imperial edict. It's also why liberal judges don't believe in the Constitution like conservative justices do. Sticking to one set of rules means people have freedom to do what they want as long as they adhere to the basic rules our society was formed around. A "living constitution" means you can put the force of law behind the whims of liberal judges. Why is Barack Obama so insistent on listening in on your phone calls via NSA? Because if the government can't watch you, it can't tell you what to do...for your own good, of course.

Granted, conservatives aren't perfect in these areas, but at least we believe in free speech, free markets, and states' rights. The all-encompassing, all-smothering liberal nanny state has no use for freedom. The only freedom liberals want to give people is the "freedom" to do as they're told.

1) Liberals want to control you with government regulations: There are 174,545 pages of federal regulations. Let me repeat that: there are 174,545 pages of federal regulations and the numbers are only increasing. As a practical matter, what that means is that we've long since passed the point where any one human being could have an understanding of all our regulations and we've moved on to the "we have to pass the bill so that you can find out what is in it" era. In fact, you probably did five illegal things before breakfast without having a clue about it, which you'll find out about the moment some liberal decides you have to be put in your place and looks for a way to do it. Liberals control what you eat, what clothes you wear, what TV you watch, what kind of car you drive, what size soda you can drink, and even what toilet or light bulb you can use in your house. Complain about it and you're accused of wanting to end restaurant inspections and safety standards that prevent cars from exploding. So, what would be wrong with permanently fixing the number of regulations at 1/10 the current number and dropping one every time a new one needs to be added? The only thing wrong with it would be that it wouldn't allow liberals to micromanage your life.

2) Liberals want to control your major life decisions: Liberals aren't just picking at the margins; they're now making some of the central choices in your life. They oppose vouchers and charter schools because they want to make sure your child is exposed to the right kind of liberal propaganda courtesy of the teachersí unions. Creepily, Melissa Harris Perry took it even further when she said, "We have to break through our kind of private idea that kids belong to their parents or kids belong to their families, and recognize that kids belong to whole communities." They don't want to own your children's education; they want to own your children. They control when you can retire by refusing to let people have even safe, limited investment opportunities in Social Security. Obamacare is an attempt to take over the health care system, which will literally give a liberal death panel the ability to decide whether you live or die. Given that Barack Obama himself once famously suggested, "Maybe you're better off not having the surgery, but taking the painkiller," that's not a comforting thought. Shouldn't you be making those decisions about your life instead of disconnected bureaucrats in D.C. who pay no price for being wrong when they make bad choices that hurt you?

3) They want to control your speech: Why do liberals push speech code designed to kill talk radio like the fairness doctrine and "localism?" Because talk radio is conservative and it gets an alternative viewpoint out. It's the same reason that they futilely try to discredit Fox News and why conservative speakers on college campuses are often attacked and shouted down. It's also why liberals embrace speech codes on college campuses and political correctness. Liberals typically don't even argue an issue in any sort of meaningful fashion so much as they shout "racism," "sexism," and "extremism" in an attempt to define all differing opinions as illegitimate by default. Since liberalism works about as well as Communism in practice, the only way it can be implemented is either by force or by preventing the arguments against it from getting a fair hearing.

4) Liberals want to control minorities: If you're not a straight white male, liberals think they own you like a slave. They're not allowed to whip you like a slave any more, but if you leave the liberal plantation by thinking for yourself, they will try to destroy you as a human being. Why do liberals hate men like Clarence Thomas and Ben Carson so much? Because they're successful, intelligent, well-liked black men who don't see themselves as victims, complain incessantly about racism, or believe that they need liberals to succeed. If you're a "feminist," why wouldn't you be celebrating strong, successful, much-admired women like Sarah Palin, Michele Bachmann, Dana Loesch or Michelle Malkin? Because they don't hate men, look at themselves as victims, or believe in aborting as many children as possible. Therefore, they must be demeaned, smeared, and hurt in any way possible. What if you're gay and don't see yourself as a victim or believe the central focus of your entire life should be gay marriage? They want you destroyed. What if you're a strong Hispanic man or woman who doesn't see unlimited illegal immigration as good for the country? They hate you with the passion of a thousand suns. Liberals believe you are free to be anything you want to be, as you long as you stick to the extremely narrow, well-defined roles they've created that allow you to say, speak, and think whatever they tell you.

5) Liberals want to control your money: Liberals are happy to hand out food stamps, welfare, and school lunch programs. They love extending unemployment insurance benefits as long as possible. They're big fans of people quitting their jobs and going on disability. Why? Because once you're financially dependent on them, you're like a dog on a leash. You'll sleep in the doghouse, eat the Alpo, and roll over when your master says so in hopes that he'll give you another treat. They take tax money from the states and demand those same states jump through hoops to get it back. They take money from productive Americans, use it for programs those people don't want or need, and then take credit for spending the money while accusing the people who actually paid of being greedy for not wanting to "give" even more. You're paying the salaries of the IRS workers who audit you for being conservative, the EPA goons who declare your land is a protected wetland when it rains, and the politicians who declare you're a horrible racist for disagreeing with them. Liberals believe we should have a populace that is controlled by the government, not a government that is controlled by the populace.