The 15 Most Annoying Things About American Culture 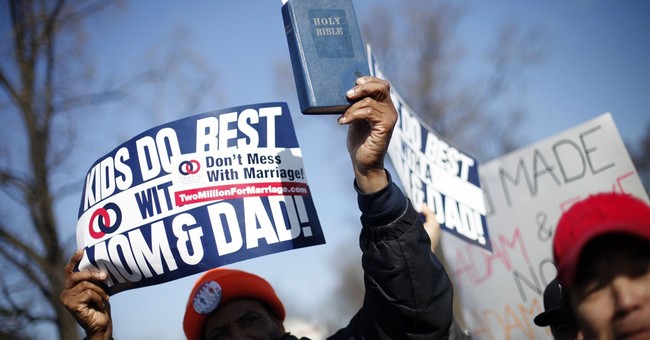 Trending
1) Everyone Offended By Everything: Because we treat the fact that there is someone somewhere who's offended by something as if it's significant, people now say they are offended by everything. There are people who are easily offended, people who get offended on behalf of other people, and even people who make a living being offended. Everyone is incessantly kvetching about EVERYTHING except....

2) The Majority That’s Not Being Allowed To Be Offended: We bend over so far in our society to be fair to minority groups, that we've gotten into a position where the minority regularly oppresses the majority. Eighty percent of people may want a cross somewhere and twenty percent may not care, but some belligerent atheist complains and it has to go. Barack Obama may be President, but white people still aren't supposed to criticize him because he's black. Why should white people and Christians be held to a different standard than everyone else in our entire culture just because there are more of us?

3) Not Wanting To Hurt The Little Dear's Self Esteem: Our public school system's obsession with building up self esteem has not only managed to decrease the quality of education, it has created a generation of swaggering dunces who are shocked and aggrieved if anyone suggests their crap stinks just like everyone else's does.

4) The Celebration Of Victimhood: When did we move all the way from pitying victims and showing them a little kindness to treating victimhood as some sort of exalted status? Someone called you a "slut?" Well, let's give you a speaking slot at the Democrat National Convention. You're part of a group we see as victims? Well then, anyone who criticizes you must be an awful person! There's nothing noble or praiseworthy about being a victim. Victims may not deserve to have sand kicked in their faces by bullies, but they don't deserve to be treated like heroes either.

5) An Entitlement Mentality: We've gotten to the point in our society that "I earned it" basically means, "I exist; so that should be given to me" to a lot of Americans. The only thing you're entitled to is "life, liberty, and the pursuit of happiness" and anything on top of that is cream that you have to earn, buy, or work to get.

6) Cell Phone Obsession: The world will not end if you don't check your text messages during dinner and it's rude to have a loud, one sided conversation with someone on your cell phone when other people are around. Also, people who check their cell phones in dark movie theaters deserve to have their phones cooked in the popcorn machine until they explode.

7) A Lack Of Judgementalism: Nobody likes feeling like he’s been judged and has come up short, but we've taken this to such an extreme that we act as if anything's acceptable. What's worse? Pointing out that some people are loathsome pieces of human garbage or being a loathsome piece of human garbage? Once we get beyond pure political correctness, we've chosen to go the former route as a society, which is why we have people looking at porn in public libraries, gay pride parades where half naked perverts simulate copulation on the street, and dating services for people looking to have affairs.

8) Cheerleading People's Deaths: Here's the first rule when it comes to funerals: If the person who just died isn't Adolph Hitler, Osama Bin Laden, Saddam Hussein, or Stalin, either say something nice or at least have the class not to trash him until he’s in the ground. Oh, but what if he’s a member of that other political party that you hate? See rule one. What if other people are saying nice things about him and it bugs you? See rule one. What if....SEE RULE ONE.

9) Pants Sagging Down To The Knees: Pull your pants up, dumb@ss. Enough said.

10) Obsessive Consumerism: We live in a country where you can have your pet's medicine delivered to your door, people spend hundreds of dollars on new Apple products when the old one still works, and even many poor people go into debt to buy new cars. As a capitalist, it would be easy to shrug this off except for the fact that the average American owes $15,000 on his credit card and less than 25% of Americans have enough money saved to get by if their income stopped coming in for six months. It's okay to spend money if you have money, but we're driving ourselves into bankruptcy as a society on every level while we ignore the fact that the bill is going to eventually come due.

11) Hyper-Sexualization: We've gone so overboard with this that it's a surprise we don't have bare breasts on the Super Bowl halftime show -- oh wait, we did! Why are we not able to find that middle ground as a culture between Afghanistan under the Taliban and the "Being a little more of a whore would be good for you" message that's pushed by Hollywood today?

12) The Sickliness Of The Christian Church: This is a Christian nation, founded on Christian principles and the Christian Church used to have enormous influence. As it was, it could be again, but that's not happening because of cowardice and laziness of the Christian clergy. Far too many pastors act as if they were hired as part of a jobs program and they're hoping that they'll have just enough old people left to fund them until their retirement. They do minimal outreach to young Americans, they don't embrace modern communication methods like Twitter and YouTube, and they don't have the courage to stand up for the principles they talk about from the pulpit outside of the church. Unfortunately, pastors with no guts will bring no glory to God.

13) Beauty Pageants For Seven Year Olds: Taking a little girl who should be playing with dolls, dressing her up like a grown woman and parading her around like she's in a dog show so mommy can live out her hopes and dreams through her child is repellent on so many levels that it's amazing the organizers can get enough people together to put on these contests.

14) Microwave Culture: Everybody DEMANDS everything right this second. Remember those famous Bible verses from Ecclesiastes 3:1-15?

To every [thing there is] a season, and a time to every purpose under the heaven:

Wait, what do you mean that's taking too long? Show some patience!

15) The Degradation Of Manliness: Men are often shown as bumbling weaklings on TV, feminists complain if men open doors for them, and we celebrate metrosexuals and wimpiness while putting down real masculinity. Then, what do we hear over and over again from women? "Where are the real men?"