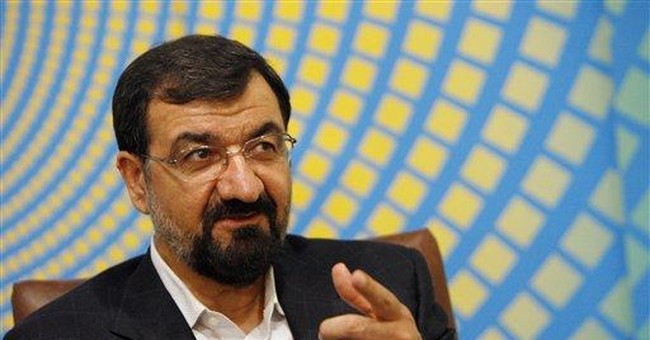 1) Lack Of Personal Responsibility: As a society, we encourage a "victimhood mentality" and an overweening government that never met an issue it didn't want to dive into with both feet; so we shouldn't be surprised that so many Americans expect to be rewarded for failure.

If GM fails, we've got to step in and keep it afloat. If people snuck into this country illegally, we can't be so hardhearted as to obey the law and deport them! If you bought a house you couldn't afford, you shouldn't be penalized for that when the market takes a bad turn. If you bought a blender, tried to start it in your bathtub, and were nearly electrocuted -- that's not your fault! The manufacturers should have put a warning sticker on it.

We're descended from pioneer stock. Our ancestors explored, conquered, and tamed a continent. They couldn't rely on the police to show up if an Indian raiding party showed up at their isolated cabin at 3 AM. There was no school lunch program on the Oregon Trail. If your buggy whip company was going out of business because of those new fangled auto-mo-biles, you didn't get 20 billion dollars in taxpayer money so you could open up a new branch in China, you went out of business. If our ancestors were alive, they would sneer in disdain at what a nation full of whining babies their descendants have become.

2) Short Attention Spans: Perhaps because of the internet, the stunning variety of news sources, or the complexity of modern society, we've become much less able as a people to follow logical arguments and deal with complex messages.

This has bled over into Congress where they write legislation dealing with issues they don't truly understand. That legislation is voted on by legislators who admit that they haven’t read it and it affects the lives of millions of people who were unaware that such legislation was even being contemplated.

The problem with this is that there are many issues in life that are too knotty to be broken down into a soundbite or a 30 second commercial. Those affairs require more extensive knowledge and deeper thought and consideration than can be placed on a bumper sticker or weaved into a music video. When we lose sight of that fact, utter disasters that have been in plain sight all along for anyone with an attention span longer than five minutes can blindside much of the population.

3) Excessive Self-Esteem: Perhaps because we've spent decades trying to pump up the self-esteem of children in our public schools, irregardless of whether they've done anything to merit it, we have legions of people in our society who have an excessive level of confidence in their beliefs and abilities.

They're just so darn sure that what they believe is right just by virtue of the fact they believe it. Traditions? Codes of conduct? Religious beliefs? Customs? There's no need to even understand why previous generations believed what they did or to question what purpose it served. Just remember that they were racist back then and so they couldn't have had any good ideas.

Of course, we don't look back and say, "Gee? How did they make it without welfare, social security, or an income tax? Why is it that they had a divorce rate that was a fraction of the one we had today? How is it that the crime rate was so much lower? What made the people so much more polite than they are today? If we were in the same situation as the Founding Fathers, could our political leaders step up to the plate and do as well?"

Because we have forgotten the mistakes that convinced our forefathers to adopt the policies and mores that they did, in our ignorance we will be doomed to make many of those same mistakes again.

4) Short Term Thinking/Instant Gratification: Thomas Sowell once said that killing the goose that laid the golden egg can be a viable election strategy as long as it doesn't die until you're out of office and no one finds your prints on the murder weapon.

That is played out in American politics on a daily basis where few politicians think farther ahead than the next election. Time and time again, we have politicians advocating policies that either bring immediate benefits or avoid short-term pain, but are extremely harmful to the country over the long-term.

That is primarily how government has gotten so out of control. A problem occurs. In an effort to get re-elected, politicians rush to create a program to "fix" it. Ten years later, the original problem may or may not have been solved, but the program put in place to “fix” it has caused new issues and costs five times more than it did when it was originally put into place. However, if anyone suggests we get rid of it, there are howls of outrage. Hence, government never shrinks and bad programs almost never die.

Meanwhile, large festering problems like Social Security and Medicare are studiously ignored for as long as possible because we don't react until there's a crisis. Only after the horrific events of 9/11 did we start taking terrorism seriously. It took a bridge falling down to get Congress interested in poorly maintained structures nationwide. The whole economy had to crash to get Congress to become alarmed about quasi-governmental agencies handing out loans to people who couldn't pay them back.

Incidentally, we've already started going backwards on all of these same problems. The new President shows minimal concern about terrorism, nobody is talking about bridges anymore, and Congress has already started encouraging more bad housing loans. That's because the moment a story drops from the day's news cycle, it goes down the memory hole for most people. That is no way to run a nation.

5) Immorality: The default mode of Hollywood is hedonism and we've been told again and again, at least since the Clinton years, that character doesn't matter for our elected officials.

The problem with this is that character does matter -- quite a bit, actually.

Our leaders are corrupt to the core -- and that's not just the ones who are in violation of our laws, which have been crafted in order to allow staggering amounts of corruption to be done legally. The families of politicians are given plum jobs and paid ridiculous sums of money in order to gain influence with legislators. Government earmarks that aid campaign contributors or family members of Congress are common. Chrysler has even been handed over to Barack Obama's union allies in broad daylight. Ethics have become the very last consideration for our government and perhaps it's no surprise given the state of our society.

Civility is dead and buried. We have people protesting funerals and the private residences of citizens. There are perverted gay parades in the streets of San Francisco. The most grotesque, blasphemous, and offensive material imaginable is regularly displayed on the internet and TV and we are drenched in sex from the time we get up until the time we go to bed.

As a replacement for actual human decency and morality, we've turned to political correctness and bloodless legalisms, neither of which is an adequate replacement for doing the right thing because it's principled or virtuous.

The corrosive effects of this decline are seen not just in our government, but all throughout our society in the size of our prison population, the number of unmarried women having children, drug use, school shootings, and even our staggering abortion rate.