The Purge Takes on Politics in “Election Year”

John Hanlon
|
Posted: Jul 03, 2016 12:01 AM
Share   Tweet
The opinions expressed by columnists are their own and do not necessarily represent the views of Townhall.com. 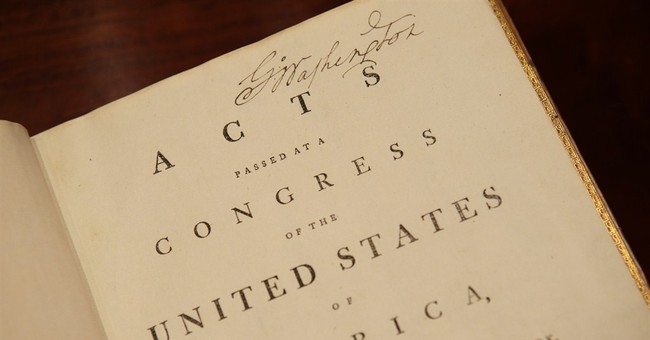 There’s always been a political statement inherent in the Purge film franchise. The first feature introduced the concept of a national purge night, a twelve-hour period when crime — with very few limitations — was permitted in the United States. The New Founding Fathers of America, the corrupt political power in charge, seemingly supported the sadistic practice because the purge led to the reduction of crime and low unemployment. The Purge: Election Year, the newly-released third feature in the series, makes the series’ political message even clearer.

The night of mayhem in this entry occurs in the heat of a presidential match-up. In the presidential campaign, the anti-purge Senator Charlie Roan (Elizabeth Mitchell) faces the pro-purge Minister Edwidge Owens (Kyle Secor). Eighteen years earlier, Roan had witnessed her family’s gruesome murder during a purge night and her top priority is ending the annual slaughter. Owens supports the purge and plans to attend a purge mass featuring human sacrifices.

Writer/director James DeMonaco, who previously helmed and wrote the first two entries, makes the series’ political perspective more obvious here. The New Founding Fathers of America are being subsidized/ owned by wealthy businessmen who want to destroy their enemies. One businessmen — sitting smugly in a board room — notes “Some can not have. Not enough to go around.” “We are going to use this purge to do some spring cleaning,” he adds.

The wealthy psychopaths plan to assassinate Roan, the rising candidate who decries how the purge benefits the NRA and corporate leaders.

The thriller works well enough with Frank Grillo returning here as Leo Barnes, a man who sought vengeance before offering forgiveness in the second installment, The Purge: Anarchy.  Barnes serves as Roan’s bodyguard and has to protect her even when her security team betrays her (for money, of course).  The duo team up with Joe Dixon (Mykelti Williamson), a local business owner who is trying to protect his own American dream, and his two closest friends.

Although the concept of the purge feels a bit tired now, this sequel works better than the second installment. It’s more heavy-handed politically but the battling ideologies in the campaign make the concept’s core ideas stands out more powerfully than they previously did.

In a broader sense, this feature — like The Hunger Games — shows what an all-powerful government can do. Here, the government leaders are not picking the winners and the losers. They are picking who lives (those with money and those who know how to fight) and who dies (thousands of innocent civilians). The government lets anarchy reign for a night and pushes people to indulge in their worst instincts. “This night corrupts everyone,” Roan states while witnessing the carnage.

The feature even suggests that even the good people — the morally upstanding citizens — are tempted to indulge in the brutality.

It’s easy to draw associations between this year’s presidential campaign and this feature (several critics already have). In fact, director DeMonaco has noted that he made some changes to the feature to reflect the current political environment.

Fortunately though, the deeper themes about good versus evil and citizens revolting against an oppressive government are more prominent here. If the feature offers a critique against corporate hotshots, there are also criticisms of angry protestors — one psychotic character comes to mind — who want to tear down an entrepreneur’s hard-fought American dream.

Mitchell and Grillo made a strong team playing characters who — despite all of the corruption and mayhem surrounding them — still believe in the goodness of people. That’s the key lesson that The Purge: Election Year offers.