Law Enforcement Should Not Carry Water for Politicians

John Dempsey
|
Posted: May 28, 2022 12:01 AM
Share   Tweet
The opinions expressed by columnists are their own and do not necessarily represent the views of Townhall.com. 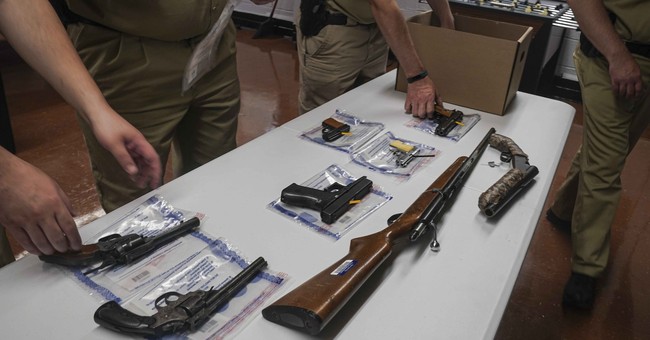 Police officers have a specific job – enforce passed criminal legislation, not mandates or political agendas. Practices that are becoming far too common are police departments or federal law enforcement agencies allowing themselves to get used for political purposes. Chiefs or Sheriff's inability to tell politicians "no" and stand by their decision hurts law enforcement and the ability to carry out their duties when needed effectively. Our communities need Chiefs of Police, command staff, and officers who use critical thought and foresight when confronted by a city manager, mayor, or lawmaker wanting them to enforce what is essentially a political plan.

COVID-19 brought out the worst in officers and the inability of command staff at various departments that refused to stand up against unconstitutional orders from City Hall. Their spinelessness resulted in arrested citizens who refused to bend a knee to politicians seeking power. Political agendas were pushed deeper into law enforcement agencies due to illegal edicts.

A common practice of law enforcement agencies in prominent Democrat-operated cities is gun buybacks. As Democrats look for ways to end the Second Amendment, large cities will hire liberal police chiefs that have no issue enforcing city and state gun laws that make purchasing and legally possessing firearms challenging.

The Sacramento Police Department (SPD) recently conducted a firearm buyback event called "Gas for Guns Buyback," just as Democratic policies wreck America's economy, gas prices skyrocket and strain individuals' wallets and bank accounts. SPD gave out $50 gas cards for citizens to surrender their firearms, essentially trading liberty for approximately eight to nine gallons of gas as the cost is $5.81 (at the time this was written). The event lasted four hours, and there were no more cards left after forty-five minutes. What is possibly more sheepish and pathetic is that residents still gave up their firearms after being told there were no more cards – thank you, Sir Tyranny. May I have another?

SPD Chief Kathy Lester gave an interview on the news afterward. She stated that the idea was "innovative" and increased the community's "safety." Who knew that so many criminals decided to hand over their firearms for a gas gift card, and no law-abiding citizens decided they needed free gas?

The gun buyback did nothing to make Sacramento safer. Lester used the SPD to aid a Democrat's political agenda.

Our liberty is not guaranteed. The left is constantly attempting to erode our freedoms by lying to you and using buzzwords to make you believe that the Constitution is dangerous to others' feelings or safety. We must not take for granted that freedom and liberty are secure, as we live in a highly politicized time.

Law enforcement must look through the lens of the law and whether the directives that come down from city hall are legal. Fortunately, sheriffs do not answer to a city administrator who could fire them on the spot for refusing to obey an unjust command. Many great conservative sheriffs set an example for others – Alex Villanueva (Orange County, CA), Mark Lamb (Pinal County, AZ), Retired David Clark (Milwaukee County, WI), Grady Judd (Polk County, FL), and the list could easily continue.

These men are examples of what law enforcement should be. They protect the Second Amendment and the Constitution in general. While they were elected to their positions, they do not carry out the will of politicians who have a particular agenda. They were unabashedly conservative, and voters put them in office.

Law enforcement has a difficult job. The officers work long hours, often all night, for mediocre pay and deal with the dregs of society. Officers that patrol the streets, talk to citizens, understand who needs to be arrested and prosecuted, know what is best for communities, not an empty suit in Washington, D.C.

Law Enforcement should protect the Second Amendment, not encourage citizens to give it away.

Politics do not need to be in law enforcement.