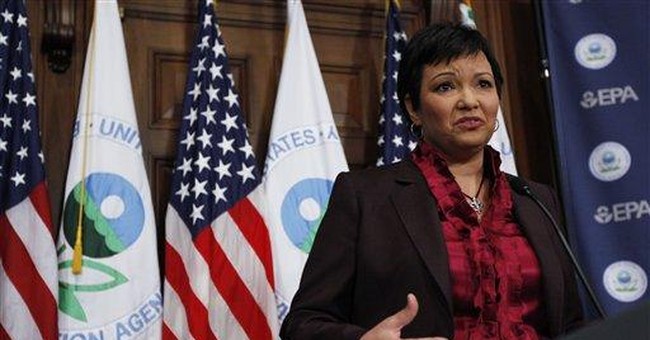 This week the Environmental Protection Agency (EPA) decided that the air we exhale, carbon dioxide, is toxic and poses a danger to our well-being. The EPA plans to use this “endangerment” finding to issue costly new emissions regulations on Americans – once again putting Washington in charge. This deeply undemocratic process is an arrogant attempt by the Obama Administration to enact by regulation what they could not pass through the people’s Congress. Such a disturbing and cynical effort to take away your voice should cause all Americans to stop and wonder “what is next?”

While this blatant power grab is disappointing, the truly alarming part is that the scientific evidence the EPA used to support its conclusion comes directly from United Nations (U.N.) climate data – the same data that were recently found to have been deliberately manipulated to support the global warming movement. When EPA Administrator Lisa Jackson announced the proposed endangerment finding in April, she readily admitted that the agency “relied heavily upon the major findings and conclusions from recent assessments of the U.S. Climate Change Science Program and the Intergovernmental Panel on Climate Change.” Emails recently made public offer definitive proof of a collective effort among some U.N. scientists to misrepresent climate data in order to foist their political agenda onto the public. Nonetheless, the EPA’s statement about its endangerment finding leads with, “Science overwhelmingly shows greenhouse gas concentrations at unprecedented levels due to human activity.”

It is unconscionable that manipulated data are being used by our own government to justify stringent regulations on American businesses, costing what could be billions of dollars and putting our manufacturers at a competitive disadvantage during a time of great economic uncertainty. These new EPA regulations will only serve to kill American jobs and raise energy prices for struggling American families and businesses. Adding insult to injury, whole industries will relocate to countries like India and China, where no emissions standards exist, providing little net benefit to our environment.

EPA’s actions cut across party labels and straight to the root of Texas’ economic prosperity. I believe these proposed regulations will stifle progress, increase energy prices, and eliminate jobs in Texas – essentially destroying our economy. The president has already sought to control the banks, the auto companies and the health care industry, now he wants to control the air we breathe.

The president and Congress should let Texans run Texas and focus on unburdening the marketplace to allow new technologies to compete and thrive. Innovation is the key to our economic prosperity, creating jobs and maintaining our status as a global leader, which is why I am a co-sponsor of the American Energy Innovation Act. This fiscally responsible bill invests in renewable energy technology, promotes conservation by providing incentives for reducing energy demand, and increases production of domestic energy by utilizing available resources and streamlining burdensome regulations. These steps will make America energy self-sufficient and clean up our environment in the process.