Why Do Liberals Hate Trump?

John C. Goodman
|
Posted: Dec 21, 2019 12:01 AM
Share   Tweet
The opinions expressed by columnists are their own and do not necessarily represent the views of Townhall.com. 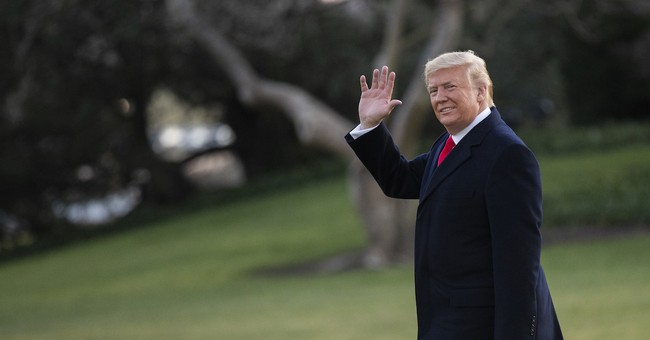 But dislike of Trump has reached a whole new level of intensity. It’s off the charts.

It’s not easy to explain why.

Unlike most Republican leaders, Donald Trump is not a social conservative. He approves of gay marriage. He’s not particularly religious. He rarely goes to church. His personal life doesn’t seem to reflect Christian values. He fought racial and ethnic bias in Palm Beach (a historic bastion of prejudice) by opening his Mar-a-Lago facility to blacks and Jews who were excluded at other clubs and hotels. You could easily call that “progressive.”

Donald Trump is also not an economic conservative. Unlike other Republican leaders, he has been unwilling to rein in government spending and he has shown no interest in stemming rising federal debt. He has been unwilling to even discuss controlling entitlement spending  – especially Social Security and Medicare. He has no interest being an opponent of organized labor.

So, what riles the left so much about Trump?

In any intellectual debate, attacking the opponent’s beliefs is not the worst thing you can do. Far worse is destroying the myths people tell themselves to support their beliefs. That’s how Trump differs from traditional Republicans.

Throughout most of modern political history, Republicans have begun their debates with Democrats by saying, “We agree on goals but disagree on how to get there.”

That message sanctions the liberal’s world view. It says, “We approve of and agree with what you are trying to do. And we agree that you really are trying to do it. We just think your lack of understanding of economics and human nature is why your programs fail.”

Trump is not nearly so kind. In saying he wants to “drain the swamp” and in asking African Americans, “What have you got to lose?” he is challenging how liberals think about themselves. He’s asking voters to change how they think about liberalism as such. There is evidence this message is paying off.

By most accounts the reason Donald Trump is president is that blue collar workers in swing states voted for him. For a long time, Trump critics claimed that the reason for this behavior was racism – even though a lot of those same voters previously voted for Barack Obama.

But racism can’t possibly be the reason for the surge in approval for Trump among blacks and Hispanics. Trump’s approval among nonwhite voters now ranges from 26% to 34% in four national polls. If that is sustained through Election Day, Trump could enjoy a 50-state sweep next November.

Something similar just happened in the British parliamentary elections, where the Conservative Party registered a sweeping victory over Labour – even winning in working class districts where they barely campaigned. Ex-miners, supermarket clerks, retired school teachers and health aides – all trudged through stinging rain to vote against the very Labour Party that claimed to represent them.

The Tories now have the largest majority since Margaret Thatcher was elected in 1987 and Labour has sustained its worst defeat since 1935. The greatest fear of the American left is that the same thing will happen here.

Many people today who call themselves “liberal” are well off. Of the 25 wealthiest counties in the country, 16 voted for Barack Obama in 2008. What do they have in common with blue collar workers in the Midwest? Nothing. What do they have in common with poor blacks and Hispanics who live nearby? Their interests are actually opposed. Rich liberals almost never want to send their own children to school with poor, minority children. Nor do they want them living next door.

That’s why New York City has one of the most segregated school systems in the country, and San Francisco and Washington D.C. are right up there as well. Government restrictions on low-income housing are a major reason for increasing homelessness. In fact, nearly half the homeless population in America lives in blue state, liberal California.

Most large cities today are run by Democrats. Poor black families in these cities are often relegated to the worst schools; they live in the worst housing; and they are subjected to the country’s worst environmental pollution.

So, Donald Trump is right to ask of black voters, “What have you got to lose?” The only puzzle is, why haven’t other Republicans been saying the same thing all these many years?

Readers who want to understand the roots of the American left’s dilemma should consult my Townhall editorial "What is Modern Liberalism?"

Like the child who declared the emperor has no clothes, Donald Trump has emerged to call a myth a myth.

They hate him for that.