Lessons for Liberals from MLK Jr.

John C. Goodman
|
Posted: Jan 23, 2019 12:01 AM
Share   Tweet
The opinions expressed by columnists are their own and do not necessarily represent the views of Townhall.com. 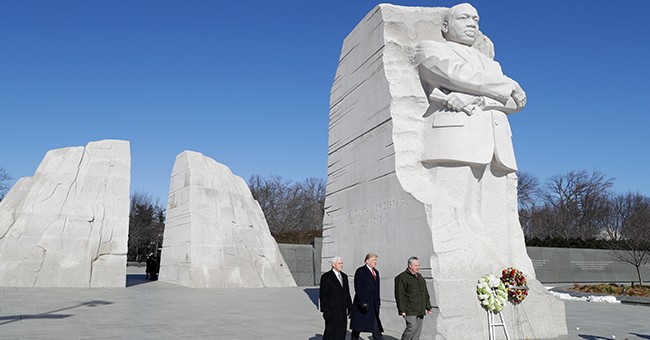 Toward the end of his life, Martin Luther King Jr. became increasingly vocal about the failures of liberalism.

In Harlem in 1963 he said that “de facto segregation of the North was as injurious as the legal segregation of the South.” In a Letter from a Birmingham Jail, King wrote that “the white moderate who is more devoted to order than to justice,” was more of an impediment than “the White Citizen’s Counciler or the Ku Klux Klanner.”

In the half century that has elapsed since then, it is surprising how little has changed – especially outside the South.

As I wrote in a previous post, in cities where Democrats govern, all too often black families are forced to send their children to the worst schools. They are forced to live in the worst housing. And they are subject to the worst environmental harms.

The more liberal the city, the worse the outcomes.

The reason? Although the end result is often unintended, liberals believe in using the power of government to pursue their own ends. Inevitably, those without economic or political power are the victims.

Economist and blogger David Henderson illustrates this harm to the powerless in discussing the 1960s riots that sparked nationwide concern over race relations. A five-day riot in Detroit that killed 43 people spurred President Lyndon Johnson to establish the Kerner Commission (named after the Illinois governor who headed it) to study the problem.

[Parenthetically, Johnson’s hope was that the Kerner Commission Report would endorse his Great Society expansion of the welfare state. When it didn’t, he refused to publicly receive the report.]

So what sparked the riot? Henderson reports that Detroit police, following a common practice, barged in on an illegal party at which blacks were drinking and gambling. (When is the last time you read about police breaking up a party of whites who were drinking and gambling?) However, on this occasion, there were an exceptionally large number of people present – gathered to welcome home some returning Vietnam veterans. As the police began their arrests, resentment and rioting began.

In addition to bad schools and police brutality, Henderson relates that blacks had other legitimate complaints about government. Martin Anderson, in his 1963 book The Federal Bulldozer, showed that urban renewal, funded with federal tax dollars, had torn down roughly four housing units for every unit it built – a result acknowledged in the Kerner Report itself.

The Kerner Report placed a lot of the blame for the conditions it studied on white racism. However, pioneering research by the late Nobel Laureate Gary Becker showed that in a market economy discrimination doesn’t just hurt the person discriminated against. It also hurts the person doing the discriminating. In general, people who discriminate must pay a price for doing so.

For example, if blacks are earning a lower wage than whites for the same work, employers who refuses to hire blacks must sacrifice profit when they make that choice. Further, the greater the wage gap, the more severe the penalty the employer must pay. If blacks are paying a higher rent than whites for comparable housing, landlords who refuse to rent to blacks are sacrificing income.

By contrast, in nonmarket settings – such as a church or social club – there tends to be no economic price paid by the discriminator.

This insight may help explain why the marketplace has always been the most integrated institution throughout history and all over the world.

Because black workers often start out with a disadvantage, public policies that limit access to labor markets disproportionately affect them. Currently, almost one in three jobs in America requires a government license in order to work. These barriers to entry often serve no legitimate public policy purpose other than to protect members of a trade or profession from outside competition.

As I wrote in “How Liberals Live,” housing polices in such cities as San Francisco and Boulder have priced low- and moderate-income families out of the housing market. Other government policies raise the cost to low-income families of such essential services as transportation, education, medical care and even public safety.

Martin Luther King was not an economist. But his instincts were right. When liberals use public policies to pursue their own ends, all too often black families suffer as a result.