Is the Criminal Justice System Racist? 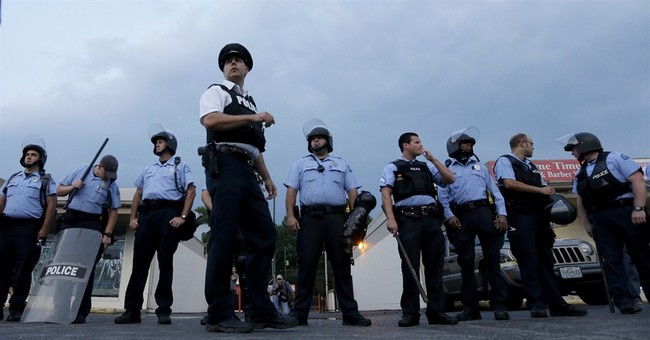 · Of people impacted by a SWAT deployment, at least 54 percent were minorities.

· Until 2010, triggering the mandatory 5-year sentence for cocaine, which is used more often in the white community, required possession of 100 times as much of the drug as for crack, which is used more heavily in the black community. After the 2010 reforms, the disparity was brought down to a (still huge) 18:1.

· The result is that more than 60 percent of the people in prison are minorities. Among black males in their 30s, more than one in 10 is in prison on any given day.

Neither Klein nor Paul are saying that judges are racists. Or legislators. Or even cops on the beat. What they are saying is that the system has a disparate impact on blacks.

But what Paul surely realizes, if Klein does not, is that most government intervention has a disparate racial impact – including interventions favored by liberals like Klein.

If you started out with the goal of ensuring that our prisons are going to be filled with thousands of young black men, it’s hard to think of anything more effective that trapping poor black children in rotten public schools and then imposing labor market restrictions that prevent them from obtaining entry level jobs.

Economist Walter Williams, who knows what it is like to grow up in a single-parent, low-income, black household, has this to say:

The best way to sabotage chances for upward mobility of a youngster from a single-parent household, who resides in a violent slum and has attended poor-quality schools is to make it unprofitable for any employer to hire him. The way to accomplish that is to mandate an employer to pay such a person a wage that exceeds his skill level.

To show the disparate impact of government intervention in the labor market, Williams writes:

Do advocates of a higher minimum wage realize that they are advocating intervention that will have a disparate impact on blacks? If they do, they are certainly not going to admit it. But back when it wasn’t politically incorrect to say such things, they were quite explicit. According to Williams:

If you look at the justification for the David-Bacon Act, which is the federal minimum wage or super minimum-wage -- if you look at the legislative debate in 1931 unions were major supporters and they wanted to protect white workers from having to compete with black workers in construction.

What about the welfare state? As I wrote previously:

The left’s entire approach to poverty is to segregate the poor into inferior public provision, while the rest of society enjoys the benefits of quasi-private provision. It’s as though the left wing in American politics wants socialism for the poor and capitalism for everyone else.

Does this have a disparate racial impact? Of course it does. Although as Charles Murray has shown, the impact on below-average income whites is increasingly devastating as well.

If you live in a middle-class household, you generally expect your needs to be met through the marketplace. You buy or rent housing in the real estate market. When you aren’t driving your own car, you catch a taxicab or maybe even hire a limo. You or your employer buy health insurance, and you choose your doctor in the medical marketplace.

For most poor families, the experience is very different. Regulations designed to protect entrenched special interests have succeeded in raising the costs of basic services so much that low-income families have been priced out of the market for many essential services. Middle-class and poor communities differ not just by income. For the middle class, basic needs are met by markets and they benefit from the customer-pleasing innovations that competition produces. All too often, the poor must turn to public programs with all of the customer-pleasing attributes of the Department of Motor Vehicles.

As for affirmative action, that too has unintended and devastating side effects.

In fact, Williams began in the 1970s to offer colleagues a "certificate of amnesty and pardon" to all white people for Western Civilization's sins against blacks – and "thus obliged them not to act like damn fools in their relationships with Americans of African ancestry."