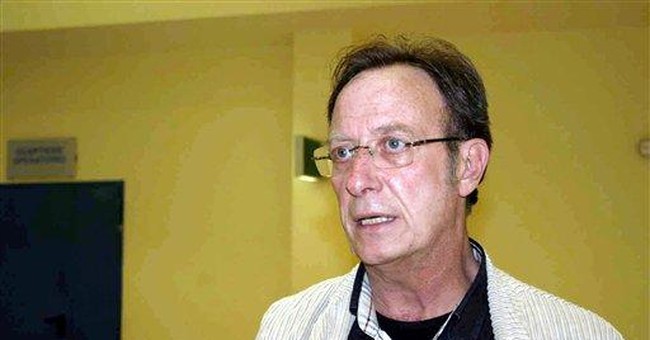 “How many of you have not been able to get a drug you needed to properly deliver anesthesia to a patient?” I asked.

Every hand in the room went up.

“How did that affect your patients?” I asked. “Two of our patients died,” one woman answered.

I was speaking to a group of nurse anesthetists, enrolled in a business management program at Marshall University in West Virginia. I wish I could say their experience is unusual. It isn’t.

About 90 percent of all the anesthesiologists in the country reportthey are experiencing a shortage of at least one anesthetic. Drug shortages are also endangering cancer patients, heart attack victims, accident survivors and a host of other ill people.  The vast majority involve injectable medications used mostly by medical centers, in emergency rooms, ICUs and cancer wards. Currently, there are about 246 drugs that are in short supply and the number has been growing for some time.

A new report from the Premier healthcare alliance that found that drug shortages have risen to “critical levels,” endangering the public’s health. Hospitals are scrambling to make up the shortfall, in some cases rationing medications, postponing surgeries and using alternative drugs.

So what’s going on?

Industry insiders point to numerous causes of the problem, including the fact that the generic drug market may be inherently more volatile than the market for brand-name drugs. Others point to supply chain problems. Then there is government regulatory policy.

Output Controls. The Federal Food and Drug Administration (FDA) has been stepping up its quality enforcement efforts — levying fines and forcing manufacturers to retool their facilities both here and abroad. Not only has this more rigorous regulatory oversight slowed down production, the FDA’s “zero tolerance” regime is forcing manufacturers to abide by rules that are rigid, inflexible and unforgiving. For example, a drug manufacturer must get approval for how much of a drug it plans to produce, as well as the timeframe. If a shortage develops (because, say, the FDA shuts down a competitor’s plant), a drug manufacturer cannot increase its output of that drug without another round of approvals. Nor can it alter its timetable production (producing a shortage drug earlier than planned) without FDA approval.

Even the Drug Enforcement Agency (DEA) has a role — because minute quantities of controlled substances are often used to make other drugs. This is the apparent reason for a nationwide shortage of ADHD drugs, for example, including the generic version of Ritalin. And like the FDA, DEA regulations are rigid and inflexible. For example, if a shortage develops and the manufacturers have reached their preauthorized production cap, a manufacturer cannot respond by increasing output without going back to the DEA for approval.

Price Controls. Also contributing to the problems of many facilities is a little known program that forces drug manufacturers to give discounts to certain end users. The federal 340B drug rebate program was created in 1992 to provide discounted drugs to hospitals and clinics that treat a high number of indigent patients, clinics treating patients on Medicaid, hospitals and clinics in the Public Health Service and certain Federally Qualified Health Centers (more listed here).Currently, the law requires drug companies to provide rebates of 23.1 percent for brand drugs; and 13 percent for generic drugs off of their average manufacturer’s price on qualifying outpatient drug use. States have the right to negotiate further discounts and actual rebates negotiated are typically much steeper than the federal requirement.

Buying organizations will typically respond by trying to stockpile quantities of drugs where supply is uncertain. That is, they will try to hoard more of the drugs than they ordinarily would keep in inventory in order to try to make sure they are available when needed. As the Healthcare Alliance Report explains, “drug shortages have been exacerbated by stockpiling on the part of providers,” who are trying to “protect themselves from the instability of the drug supply chain by placing orders that exceed normal requirements.”

Black (or gray) markets develop, where price gougers buy up quantities of a drug in short supply and sell it for a much higher price — even higher than would have been charged if the government had simply left the market alone. Members of the Premier healthcare alliance report paying “gray market” prices as much as 335 percent above the approved rate.

Solutions. Up till now, the Obama administration’s preference for regulation rather than market forces to solve safety problems is making the entire health care system less safe than it otherwise would have been.

Cass Sunstein, President Obama’s regulatory czar, announced last week that the administration intends to repeal cost-increasing, unnecessary regulations from 30 different agencies. If the administration is serious in this effort, a good place to start is with a web of regulations that are preventing life saving drugs from reaching the patients who need them.