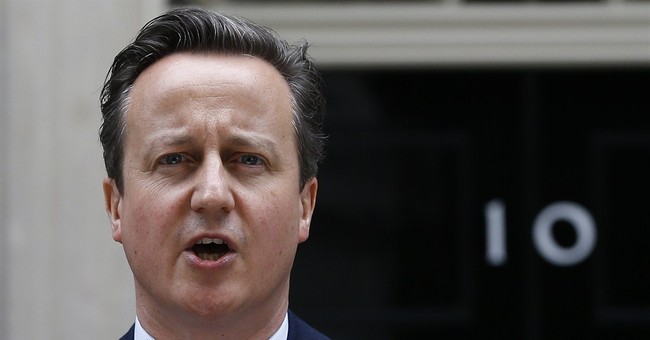 The British General Election, on May 7th, was an epic in two respects. First, in spite of polls forecasting a hung parliament, David Cameron's Conservative Party was given unexpectedly large support, winning 331 seats, or 51 % for an overall majority of four, and showing once again the failure of left wing parties to make traction in Europe. Second, Nicola Sturgeon's Scottish Nationalists Party (SNP) swept the Labour Party aside in Scotland to achieve an unexpected landslide and rekindle Scottish pressure for independence and, with it, a threat to the continued cohesion of the United Kingdom. Likely there will be important long-term repercussions for the United States.

Some twelve polls forecast an exceptionally tight General Election. In the run-up to the polls Labour Party Leader Ed Miliband took a bold, and ultimately unsuccessful, populist gamble by calling for a radical overhaul of government, including the abolition of the House of Lords (which was seen by some as an initial step towards the abolition of the Monarchy). Of more immediate concern was Miliband's proposal for an annual 'mansion tax' on houses valued at over two million Sterling in order to bring an end to all austerity. Following the current central bank induced asset boom, quality single bedroom apartments in central London are already valued more than two million. Apparently Mr. Miliband advanced far beyond the front lines of the class war and ended up in an exposed position, where he was subject to withering counter fire. At the last minute, there was a massive hemorrhage of support for the Labour (232 seats, or 36%) and Liberal (8 seats, or 1%) parties leading to a surprise Conservative victory overall. From my perspective, the result was due more to a deepening fear of radical socialism than a love of Conservatism.

Regardless, it enables Cameron now to govern for a further five years without pandering to left wing, intensely pro-EU Liberals for the coalition support that he needed over the past five years. However, an overall majority of seven remains vulnerable in the face of potential rebellions by euro-skeptic Conservatives.

Cameron can expect trouble when UK voters are offered their first democratic referendum on membership of the European Union (as distinct from the European Economic Community to which the UK is a major contributor and Greece the major beneficiary).

Instead of making efforts to re-unite the Conservative Party, Cameron ridiculed and insulted former Thatcherite Conservatives who joined the UK Independence Party (UKIP) led by Nigel Farage. This lost him an estimated 22 seats in the 2010 election, leading to his 5-year coalition with the Liberals. This will give the Conservatives a much freer hand in setting their own agenda.

On the surface, it appears that Cameron's victory will lead to closer support of the U.S. However, hidden ramifications exist for the U.S. over the long-term. With no need to fear a backlash from UKIP, it is possible that the Conservatives will drift closer into the orbit of the German led EU. This will dilute Great Britain's 'Special Relationship' with the United States.

Stung by criticism by failing to deliver his previous "cast iron guarantee," for a referendum on EU membership, Cameron likely will honour his commitment in 2017. However, it will likely not be a 'clean' Swiss-type poll, where the government is prohibited from officially taking sides or deploying taxpayer funds to advertise, or 'persuade'. Rather it will most likely be a 'dirty', even a very dirty referendum, where the government relies on a variety of tactics to tilt the playing field. Expect a campaign of fear and distortion made possible by the expenditure of vast sums of public money into the pro-EU camp.

Furthermore, the SNP's sweeping victory indicates that feelings of independence were far from stifled following the 2014 Scottish Independence Referendum. Likely Cameron will use the SNP's 56 seats to support continued EU membership in the forthcoming EU Referendum. He will be tempted, soon afterwards, to grant independence to Scotland. By so doing, he will secure England's continued EU membership while ridding the English parliament of 58 Scottish largely socialist seats, thereby ensuring a permanent Conservative majority in England.

This possibility could affect America in several ways. As the UK is absorbed further within the EU, its strategic power will wane (including its independent Trident nuclear submarine force), as will its ability to support America on the economic and geo-strategic stages. Even the British and French permanent seats on the U.N. Security Council could be questioned. Furthermore, Great Britain's influence within NATO, currently second only to that of the U.S., will be eroded further in favor of Germany.

London's centuries-old financial center operates according to Anglo-Saxon law. Likely it will be dispersed gradually and quietly within the EU, particularly to Frankfurt. The result will be an increasing use of Napoleonic Code law, eroding further the close financial ties between London and centers like New York, Singapore and Bahrain and even Australia, Canada and Hong Kong.

However, Cameron's long delay in delivering his promised EU Referendum has been accompanied by the emergence of major problems within the EU and a rising tide of anti-EU feeling among voters. It remains to be seen if the power of official persuasion can be wielded successfully by Cameron and his EU backers against this rising tide of disillusion over the EU. Timing likely will prove crucial.

Finally, should Cameron be threatened by euro-skeptic Conservative MPs, he may be forced to resign earlier than planned. Possibly, he will be replaced by the charismatic Boris Johnson, recently re-elected to the House of Commons and already a Cabinet Member without portfolio while still Mayor of London. Johnson may be able to bring the Thatcherite UKIP party, whose vote held loyally at some 13 percent, back into the Conservative fold. He might even offer UKIP leader Nigel Farage a ministerial role. It would build a formidable Conservative majority able even to prevent Scottish independence, retain the UK's role within NATO and London's role as the world's major international financial center.