The Right to Recall the Rascals (U.S. Senators) 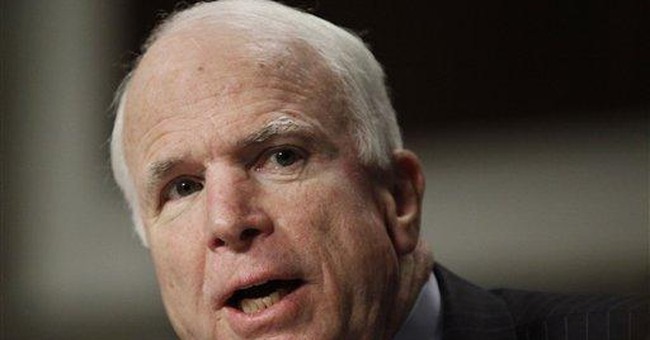 Do the citizens of the states have a constitutional right to recall their Members of Congress before the end of their set terms, if they become satisfied that their Members are seriously harming the interests of the people who elected them?

The U.S. Constitution states no right to recall federal officials. But that’s not the end of the inquiry, only the beginning.

There are two main reasons why the right of recall can be established for all elected officials, including Members of Congress. One is that the Constitution delegates general election law to the states. The other is that the 10th Amendment reserves to the states and the people all rights not delegated to the national government.

The right of recall has been rarely used, but it is older than the United States. It appears in the Massachusetts Charter of 1691. Several states included it when they rewrote their constitutions after the American Revolution. Recall of U.S. Senators was specifically included after 1789. It was not by popular vote, but by vote of the state legislatures, the “electorate” for Senators per the original Constitution.

Some will argue that a 1995 Supreme Court decision (U.S. Term Limits v. Thornton) saying that term limits on Members of Congress cannot be set by state law means that states cannot recall federal officials. However, there was a deliberate decision by the Constitutional Convention to apply term limits to any elected federal official. They could have done the same with respect to recalls, which are part of the election process. But instead, they delegated the whole election process to the states. Whether or not the Court was correct in saying that term limits constitute a qualification of office, recall is not a qualification of office but merely part of the electoral process, which was left to the states.

Around the turn of the 20th century, popular recall provisions were inserted in the constitutions of numerous states. Some referred to recalling federal officials. The clearest language is a more recent addition to the New Jersey constitution, which became effective in 1995:

“The people reserve unto themselves the power to recall, after at least one year of service, any elected official in this State or representing this State in the United States Congress.”

Recall for state and local officials exists if it appears in the state constitution or state laws. However, recall does not have to appear in the Constitution or federal laws to be used on that level.

The Constitutional Convention debated the establishment of a federal (or national) election law. The problem was sharp differences among the states on who were “electors” who were allowed to vote.

The compromise struck at the Convention appears in the Constitution:

“Electors in each State shall have the Qualifications requisite for Electors of the most numerous Branch of the State Legislature.” In short, the details of federal elections were left to state election laws. The Constitution gives Congress the power to regulate federal elections, which it has exercised on voting rights and on federal election funding, but not on election laws generally.

In 1912, Congress passed the 17th Amendment, changing the election of Senators from choice by legislatures to direct election by the people. The Amendment repeats the language about “the most numerous branch,” again delegating details of election law to the states. Congress wrote this, knowing that some states had recall provisions.

The final point is the 10th Amendment. It reads:

Note that the people of New Jersey used similar language in declaring their right to recall their federal officials.

Several states in their recall provisions do not allow petitioning to begin until the official has “been in office for a year.” Since all Representatives face new elections every two years, there is no strong reason to apply recall to them. With Senators, who serve for six-year terms, there is ample reason to have the power of recall, if it is available.

In 2010, Secretaries of State in two states have decided whether their state recall provisions apply to Senators from those states. In Louisiana, the Secretary has approved the form of petitions to recall U.S. Sen. Mary Landrieu. In New Jersey, the Secretary has ruled against the form of petitions to recall U.S. Sen. Robert Menendez. The latter decision has been appealed on a fast track basis in the New Jersey courts. It also may be withdrawn and reversed, since a new Governor, Chris Christie, has just been sworn in.

Both the Constitutional Convention and Congress itself in the 17th Amendment delegated election laws to the states themselves. In addition, the right of popular sovereignty is basic to all American governments. Thomas Jefferson wrote in the Declaration of Independence that “governments... deriv[e] their just powers from the consent of the governed.”

The proper conclusion is that the right of recall does remain with the citizens of each state, subject to the election laws of each state. This will remain true unless and until the highest court of competent jurisdiction rules that this provision of the New Jersey Constitution is unconstitutional under the U.S. Constitution.

For more information on the state’s provisions for recall, visit recallcongressnow.org.