Another Dem Strikes Out on Energy 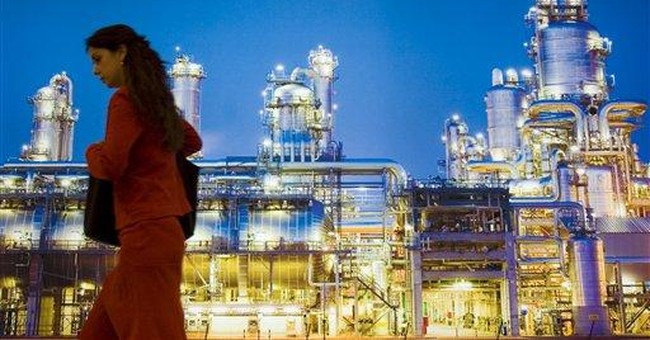 Where is “Far Side” cartoonist Gary Larson when we need him? Two prehistoric inventors stand before the tribal elders, beaming proudly. Og has discovered fire, and Zor has invented the wheel. But the ruling Democrats turn thumbs down. “Begone,” they order. “No good will come of those things.”

I exaggerate, of course. The elders would decree taxes and regulation, not a ban. Dems aren’t cavemen, after all. Yet if you follow the logic of liberals like Colorado Gov. Bill Ritter, we’re headed for a future with less fire and fewer wheels. Their distaste for the obvious energy sources that keep America rolling and the lights on is that intense.

Following a sweaty commute on Gov. Ritter’s bike-to-work plan, you can spend the day in one of Denver Mayor Hickenlooper’s minimally air-conditioned office buildings. After dining at ethanol-inflated food prices that evening, you can join our green leaders in one of their voluntary switchoffs, a darken-the-city display of pity for the planet.

That’s the sacrificial approach, the future as guilt trip. Barack Obama has warned: “We can't drive our SUVs and eat as much as we want and keep our homes on 72 degrees at all times, and then just expect that other countries are going to say OK.” As this summer's loyal convention host for Obama, Ritter is in a sweat himself over those bad ol’ fossil fuels. Let’s count the ways:

With gas prices at $4 and climbing, the governor wants a huge tax increase on Colorado oil and gas production. That’s one. His Oil and Gas Conservation Commission is set to impose new rules that will make it even harder to get energy out of the ground. That’s two. And he’s saying no, in concert with Democratic Sen. Ken Salazar and Senate candidate Mark Udall, to developing our oil shale. That’s three, an energy policy strikeout.

Everyone knows the alternative-energy litany. “Wind, solar, biomass, hydro,” we chant. “Fuel cells, perpetual motion, Kryptonite,” we add in hope of an extra indulgence from the Gaia priests. I have nothing against all that stuff (though I’ve sometimes rooted for Lex Luthor against Superman). It’s simply a matter of cost-benefit and timelines. That stuff is tomorrow, whereas oil and gas – and nuclear, which Ritter waffled about on "Meet the Press" last week – are today, if Colorado keeps its backbone.

Two short summers ago, candidate Bill Ritter took Colorado by storm as a pro-business Democrat. But soon after his inauguration, taxpayers and consumers learned otherwise. Part of his soul is owned by Big Labor (to whom he's given the keys to state government) and the rest by Earth First. How else explain his ballot proposal to more than double the severance tax on petroleum, a mainstay of our state’s economy both in employment and at the pump?

The tax hike takes a divide-and-conquer angle by targeting a single industry which many currently scapegoat, and proponents say it would boost business in general by boosting higher education.

But chambers of commerce have seen through the ruse and refused their support, while university presidents are lukewarm. Their need is operating funds, not the scholarships that Ritter is vaguely promising. Nor can state bureaucrats dispel his vagueness and fill in the blanks without violating campaign laws, which prohibit the political use of tax-paid resources.

Bottom line: the severance tax petition looks doomed with a month to go; Coloradans needn't waste their time signing it. Citizens should instead take time instead to attend one of the commission hearings on those draft regs to impede oil and gas drilling with more red tape. Big turnouts so far indicate significant citizen pushback.

Perhaps Democratic tribal elders won’t get their way in my state after all. The dread of environmental guru Amory Lovins that it would be “disastrous for us to discover the source of clean, cheap, abundant energy, because of what we might do with it,” may not prevail. Most of us, you see, really want to keep the fires burning and the wheels turning.