Could Hillary Hijack the Electoral College?

John and Andy Schlafly
|
Posted: Dec 14, 2016 9:40 AM
Share   Tweet
The opinions expressed by columnists are their own and do not necessarily represent the views of Townhall.com. 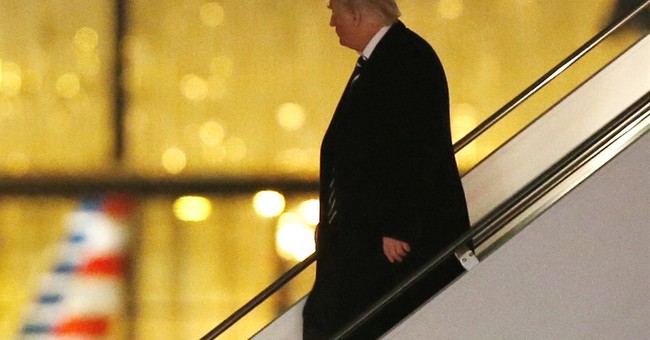 Remember when the liberals demanded that Donald Trump swear to accept the outcome of the presidential election? That was two months ago, when they were sure Trump would lose in a landslide.

Now many of the same people are chanting that Trump is “not my president.” In the days following the November election, thousands of anarchists participated in often violent protests in places like Oakland, California and Portland, Oregon, setting fire to police cars, smashing plate glass windows, and waving Mexican flags to express their contempt for the will of the American people.

Remember when the liberals complained that the Electoral College is undemocratic and should be abolished? That was one month ago, after Trump won all the battleground states and extended his sweep to four states that Republicans haven’t carried since Ronald Reagan’s time.

Now many of these same people are demanding that presidential electors assert more power than our Constitution gives them. They want the Electoral College to “deliberate” over who should be the next president.

The most ridiculous example is the “open letter” signed by 29 members of the Electoral College, all but one of them from blue states carried by Hillary Clinton. The lead signer is a California elector named Christine Pelosi, who happens to be Nancy’s daughter.

The Pelosi letter, addressed to Director of National Intelligence James Clapper, demands a briefing from “the intelligence community” about Russia’s alleged hacking of John Podesta’s emails. The 29 electors claim they need that information in order to determine “who is constitutionally qualified and fit to serve” as president.

“We do not understand our sole function to be to convene in mid-December and summarily cast our votes,” the letter goes on. “The Constitution envisions the Electoral College as a deliberative body. Accordingly, we seek an unrestrained opportunity to investigate, discuss, and deliberate with our colleagues about whom to vote for.”

No, the Constitution does not allow the Electoral College to deliberate; in fact, it prevents the electors from constituting themselves as a deliberative body. Electors are required to meet separately in each state, on the same day, and only the winning slate is eligible to attend each state’s meeting.

The 538 electoral ballots will be sent to Congress, where they will be opened and counted during a joint session of the newly elected 115th Congress. On January 6, Speaker Paul Ryan and outgoing Vice President Joe Biden will announce that Donald J. Trump has been elected the 45th President of the United States by “a majority of the whole number of Electors.”

Since there’s no way to stop the Electoral College from doing its duty to confirm Trump’s election, liberals have floated a disturbing plan to undermine his legitimacy. Consider the campaign against Trump waged by our public and private schools and colleges against the man who will soon be inaugurated as our president.

A month before the November election, the National Education Association announced a six-figure expenditure for an all-out campaign to elect Hillary Clinton. “We are going to do everything humanly possible,” said NEA President Lily Eskelsen García, whose union collects mandatory dues from 3 million public school teachers, including many Republicans.

The teachers union president justified her intervention with the absurd claim that Trump was responsible for an increase in student bullying. The NEA’s anti-Trump campaign “is not something that will go away after Election Day,” she warned, because “we’re seeing millions of people who seem attracted to (Trump’s) message, and those folks are still going to be here.”

On the day after the election in St. Louis, at a prestigious private school known as MICDS, the “head of school” sent an email to student families that began, “Today has not been an easy one on our campus.” Noting that “some teachers” were “deeply upset by the election,” Lisa Lyle continued, “our community has a higher level of anxiety, which means that some may feel unprepared to perform at their best in the next few days.”

When young people are “educated” to believe that our new president is a source of justifiable fear and anxiety, it’s no wonder that some take to the streets in violent protest. When Betsy DeVos becomes the next Secretary of Education, her first order of business should be to “drain the swamp” of our leftist-controlled educational system.

John and Andy Schlafly are sons of Phyllis Schlafly (1924-2016) whose 27th book, The Conservative Case for Trump, was published posthumously on September 6.