Obama's Falsehood: The Truth About His Abortion Record 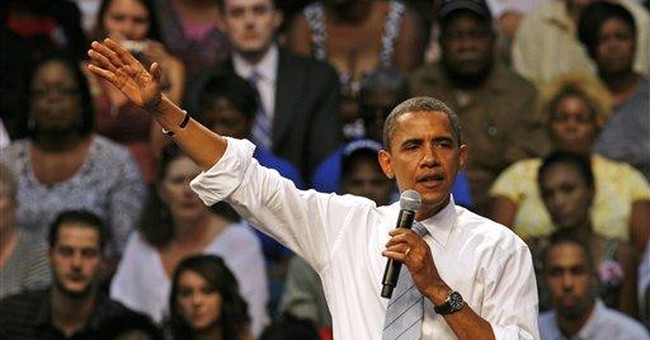 For the first time in this presidential cycle, social issues such as abortion took center stage this past week courtesy of the candidates’ high-profile, back-to-back interviews at a mega-church last weekend.

Yet the mainstream media only days later is starting to address what might be the biggest story in this frame: Barack Obama—whether knowingly or not—lied about a controversial abortion vote he made in the Illinois Senate in 2003.

After his nationally-televised interview with Pastor Rick Warren on Saturday night in Orange County, Calif., Barack Obama sat down with Christian Broadcasting Network’s David Brody and went on the attack against pro-life activists, whom he said were “lying” about his vote to kill a bill protecting babies born alive following botched abortions.

At issue is an Illinois bill in 2003 called the Born Alive Infants Protection Act that Obama voted against, which was modeled on federal legislation enacted the previous year declaring that in failed abortions resulting in a live birth, the baby must be given normal medical treatment.  This was in response to a gruesome practice whereby abortions involving induced labor were resulting in unintended live births—and those infants were simply being left to die.  By 2003, it already had passed the U.S. Senate without any dissent.

Obama contended that he “would have been completely in, fully in support of the federal bill that everybody supported,” but that he voted against the 2003 Illinois bill because “that was not the bill that was presented at the state level.”

Except that it was.

As it turns out—and as even Obama’s campaign admitted Monday to the New York Sun—the National Right to Life Committee wasn’t lying; Obama was.  The specific difference cited by Obama in the CBN interview was that the Illinois bill didn’t contain the federal legislation’s language explicitly stating that it would not “undermine Roe vs. Wade.”  (This was not merely off-the-cuff, as the campaign had issued a written statement to CNN in June offering the same rationale.)

Not only did the bill contain the exact provision from the federal bill, but Obama voted in favor of adding it as an amendment.  After the state bill was changed to be almost identical to the unanimously-passed federal law, Obama voted against it.

CNN, to its credit, did report on Obama’s Illinois actions before the Democrat’s accusation that his critics were lying.  The New York Times first reported on Obama’s Illinois record two weeks ago—almost 900 words into a 1,400 word piece on page A16.  In a page A18 story this Wednesday dedicated solely to the controversy, the Times’ Larry Rohter carries Obama’s water, stretching to offer excuses for his vote that even Obama did not suggest until after misstating his own record last weekend.

The highest-profile mainstream media piece to date was in this Wednesday’s Washington Post, a page A1 article titled, “Candidates’ Abortion Views Not So Simple.”  In its reporting, however, the Post seems to dismiss the significance of Obama’s opposition to the 2003 Illinois legislation by referring to it as an “obscure law.”

The Post further presents as fact the Obama position that the Illinois bill he opposed was solely about “pre-viable” babies.  The testimony of former nurse Jill Stanek, who witnessed babies surviving botched abortions at Christ Hospital just outside Chicago, discussed babies past 20 weeks, including into the third trimester—thus not “pre-viable.”

Though understanding the legislative process is not a common strength in typical political journalists, most of the reporters in question are smart enough to sift through the plentiful documentation of Obama’s voting history on the Born Alive Infants Protection Act in Illinois at the National Right to Life Committee’s web site.  Further, they could even read the simple, yet thorough narrative of National Review’s David Freddoso, who has written two stories spelling out the timeline and Obama’s actions along the way.  (Some of the reporting is adapted from his new book, The Case Against Barack Obama.)

Obama’s camp has shifted explanations this week, now claiming that the Democrat merely wanted a provision in the bill clarifying that it would not impact existing state laws.  Yet as several pro-life activists have noted, Obama was the chairman of the health committee when the bill came up again in 2003 and easily could have offered such an amendment.  He didn’t.

Regardless of the reasons for his vote, Obama cannot say that his critics are lying.  He did oppose a bill virtually identical to the one unanimously passed in the U.S. Senate.  And now five years later, he might end up paying a political price for that decision.