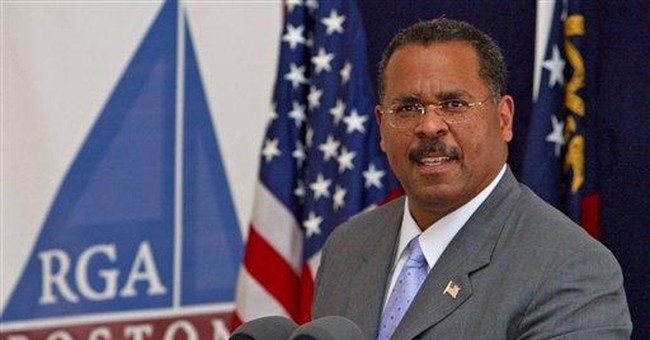 SIMI VALLEY, CA—Striding to the podium without a hair follicle anywhere on his smooth face, Josh Mandel certainly didn’t inspire high expectations at the Reagan Library in Simi Valley this past Sunday night. The former Marine, who has served two tours in Iraq and currently sits in the Ohio legislature, is tall and lean, but in a suit, he looks as if he’s about to pin a corsage on his prom date.

From the moment he began his speech, however, the Republican Jewish Coalition audience hung on his every word.

He was lucky that he could finish talking in his allotted 15 minutes, as he was interrupted by applause 13 times. When he finished, the audience of mostly jaded, been-there, done-that political junkies gave him a rousing standing ovation, and a couple dozen well-wishers mobbed him as he walked off the stage.

One observer—who has been to countless political events—said simply, “Josh is a world-class speaker.”  Proving nimble, Mandel preceded his address to the 600-strong RJC crowd with a captivating, off-the-cuff talk to an intimate gathering hosted by the World Alliance for Israel Political Action Committee (WAIPAC).  In short, he can speak to large audiences and small, either scripted or improvised—a surprisingly well-rounded skill set few politicians possess.

Given that he’s a Republican in a two-to-one Democrat district in the Cleveland area, Mandel will need to give a lot more sterling speeches—and raise another $400,000—to stay in his current job.

While Mandel could give almost any speaker a run for his money, the secret to winning his state representative seat two years ago was knocking on almost 20,000 doors—wearing through three pairs of shoes in the process. But with the GOP having a razor-thin four seat majority in the Ohio House, Mandel will be facing a tidal wave of cash from his opponent, the state Democratic party, and independent political groups, including so-called “527s.”  One estimate from a longtime Ohio political insider is that upwards of $1 million could be spent to defeat the former Marine.

If Mandel survives this November, expect to hear a lot more about him.  Not only does he give a “world-class” speech, but he already has an impressive legislative track record. In his first (and only) term, he introduced Iran divestment legislation, and he successfully led the effort to force Ohio’s massive pension funds to stop investing in companies that do business in Iran.

The Ohio Republican Party loves Mandel, and it’s only a matter of time before the national party—and millions of Americans—share the love as well.