Immigration Is About Us - Not Them

Joel Goodman
|
Posted: Feb 10, 2017 12:01 AM
Share   Tweet
The opinions expressed by columnists are their own and do not necessarily represent the views of Townhall.com. 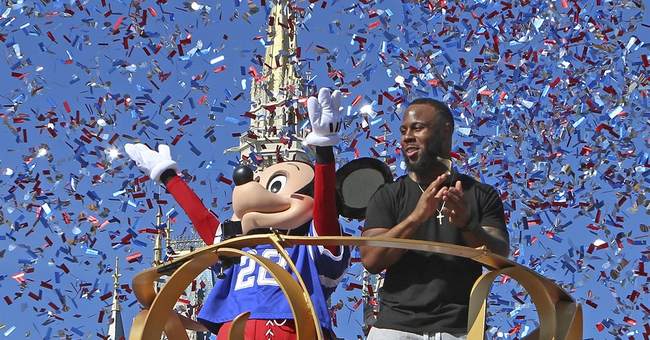 Let's get the discussion on the table.

When it comes to immigration, so far we've only been talking about stopping some few of the 100,000 plus yearly asylum seeking refugee immigrants, and only if we feel they present a national security threat to do harm to American citizens. Physical harm is one type of harm. The other harm is harm to our American culture - our Judeo-Christian Western republican political culture. This is the original harm addressed in the debates over the 1795 naturalization law, wherein people antithetical to American republicanism were deemed unfit to be given citizenship.

One must ask why there is a mania to bring immigrants into this country at this time. We have enough trouble as it is. We don't need the 1,000,000 new immigrants and the nearly 100,000 asylum seekers that come in each year. Those numbers are aside from foreign students and foreign guest workers. Almost half of all illegals already here are those who have come here legally and overstayed their visas.

The immigration discussion has been so skewed by the Leftist, Communist leaning elements in our country, that the starting point of the discussion accepts the fact that we currently need immigration. Not only is a cessation of immigration not on the table - but, on the table is a discussion of allowing some illegal immigrants to remain here - creating any justification that can be thought of by those favoring open borders. Our criminal justice system and our system of laws both stop when it comes to people here illegally. There is even a specially chosen emotionally evocative name given to some illegals - 'dreamers.'

The dreamers are people here illegally that should be sent back to their country of origin after years of "free" education and social services. Getting away with a crime for a long period of time or just being an accessory to a crime does not absolve you of the crime. The situation of these illegals is not a Dred Scott tragedy where a slave was returned to involuntary servitude. There are millions of people here illegally from many different places where they were free - just not as happy as they are by being in the U.S.. Life is better in America, in spite of the bad rap it gets from Democrats. There is no one jumping into a rubber dingy to get to Cuba or Somalia, India, China or even Mexico, where Illegals are considered felons, and face two years in prison. Actually, if they landed in Mexico, they would be kicked out, just as they would if they landed in Saudi Arabia or most oil rich Arab states.

If the criteria used for immigration were "Because I want to be here" - we could surely find hundreds of millions of people who'd rather be here than where they are. If those, unhappy where they are, would all come here, we - "we" meaning the average White or Black or Brown or Red or Yellow American citizen - might choose to move out. Because, if we were to take in as many people as want to be in America, America would no longer be the place it is.

Taking in a small percentage of those in unhappy places is an ineffective gesture; yet, it is a step in the furtherance of destroying the fabric of America.

For some, the destruction of America as we know it would be considered a good outcome. For many, probably most, that would suck - big time. Most Americans like their country more or less the way it is. They don't want a fundamental change. They want a strong America, able to fight the war being waged by dangerous ideologies that are an existential threat to Western Civilization. The worldwide anti-Western, anti-White, anti-Christian fight is as real as the fight that was fought against International Communism, which was foolishly halted.

There is also another aspect of our illegal immigration problem. Because we are focusing so intently on the Dreamers, and the millions of other illegals, and immigration from Muslim terrorist countries, there is no discussion of re-establishing the intent of the 14th Amendment. All a pregnant illegal has to do is give birth here, and, voilà, she has created a United States citizen, and quite probably an 'anchor baby.' The 14th Amendment was not intended to bestow automatic U.S. citizenship upon babies birthed here by Chinese tourists, or by illegals who've crossed our borders, or overstayed their visas.

If you want to get down to the dirty and nasty, let's admit that immigration had always been about benefiting those already here. It was about bringing in highly educated specialists, even bringing in NAZIs who were brought over to help build rockets; but mostly it was about getting newcomers to do hard and dirty work. Mostly, it was farmers or factory workers or rail layers or house maids or coal miners. Even the most despicable type of immigration, the forced immigration of slaves, was not about saving Blacks from tribal warfare in Africa, it was about people brought in to work in cotton fields.

Putting aside Europe, which is nuts and has had a death wish since before World War Two, when they made nice with NAZI Germany, and then nearly got blitzkrieged into extinction, there is no place else inviting immigrants into their country to dilute their culture.

There is a deceptive paradigm at work here.

If it is okay for China to be Chinese, and for Black African Countries to be Black, and for so many Muslim countries to be Muslim - why is it so terrible for America to be Western cultured and predominantly Christian White? The United States already have large Black, Brown, Semitic and Oriental minorities, practicing varied religions - most who support the American republican culture.

There is no rule that says that America has to lose its cultural identity by helping foreigners. In fact the demographic change that occurred after the passage of the 1965 Immigration Law - Americans were told would not occur.

President Obama, on the other hand, intentionally did everything in his power to make the United States more "diverse," such as attempting to destroy White upper-class neighborhoods through government sponsored internal re-location of Blacks. While doing that to U.S. suburbs, he specifically brought in 1,000,000 immigrants from majority-Muslim countries. They came from countries like Kosovo, Pakistan, Somalia, Afghanistan, Yemen, and more. Many of the countries with severe terrorism problems, and the origin of terrorists that have already struck in the United States.

People like the former President and his fellow travelers are intent about ending Western White Christian culture in America, because they are Radical Leftist- Socialists - more correctly Internationalist Communists. Their goal is to see Communism spread throughout the world, to end capitalism, ostensibly, as the diatribe goes, so that the masses will finally rid themselves of their chains and live in a Utopian world.

Stopping them, is the same thing that has been stopping them since the 1920's - the United States.

American Leftists, consisting of mis-guided youths, an amalgam of social justice freaks, hardcore Commies and anti-White Black-Power groups, will do anything to destroy the Judeo-Christian foundations of our democratic federal republic. While they protest in support of Palestinians and unabated Muslim immigration into the U.S., their goal is not salvation for the 'victimized' or for helpless refugees. Their goal is collapsing America's borders and weakening America's Western Culture and republican political fabric.

When Barack Obama told a group of Christian religious leaders at a prayer breakfast that they needed to get off of their high horse - he meant it literally. He was talking about submission.