A Response to Dr. Jack Graham

J. Nick Pitts  |  Jun 27, 2016
The opinions expressed by columnists are their own and do not necessarily represent the views of Townhall.com.
Top Columns
Trending on Townhall Media 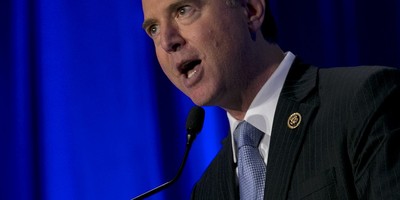 Like Dr. Jack Graham, I was at a meeting Tuesday where Donald Trump spoke with about 1,000 evangelical leaders. Unlike Graham, I was not invited to the breakfast with Trump before the meeting. Instead, I had a gluten-free protein bar and a conversation with a stranger at the local Starbucks.

Nevertheless, I want to respond to an article by Graham in which he did not endorse but did support and provide a rationale for why he could vote for Trump. I have the greatest respect for Graham, although I have never met him, but I still have a lot of unanswered questions about Trump.

Graham began his article by reminding us that we are not electing a theologian in chief but a commander in chief. This makes for a great tweet. But Tuesday, that tweet was contradicted by the program format and words from the speakers.

The event began with Dr. George Barna, the acclaimed author and researcher. At any good support-generating event, you have to establish a need. This is where Barna came in, communicating the moral decay of our culture. He compellingly painted a picture of an American landscape that has radically departed from traditional values such as church attendance and has embraced lives of sexual promiscuity and other such vices.

But after Trump spoke -- a speech interrupted by amens and applause -- James Robison closed the group in prayer, in which Trump did not take part since he had left the building. In his remarks before his prayer, Robison commented on how he believed Trump wants to “hear God’s voice through you, and I personally believe he wants to heed. And I think if we walk together, in supernatural unity with the Father and one another, I believe our nation is going . . . to experience the next Great Awakening.”

For Robison, Trump is the man to lead the country to experience the next Great Awakening. This sounds like the job description of a pastor, not a commander in chief.

Graham’s article addressed three issues that encourage him regarding a Trump presidency: the Supreme Court, the sanctity and protection of human life, and religious liberty.

He wrote that Trump recently released a list of potential nominees for the highest court in the land. Undoubtedly, this is one of the most important responsibilities of a president. However, I notice at least two causes for concern.

First, Trump has an active imagination that often does not align with reality. He may not be a liar, but he has shown a creative license with the truth in discussing American Muslims, Syrian refugees and many other topics.

Second, if our current situation regarding the bench reminds us of anything, it is this: a president can nominate, but it takes two to tango. Specifically, it takes a Senate majority to vote to make that potential pick an actual jurist.

Then there is the protection and sanctity of life. It is well known that Trump has a complicated relationship with Planned Parenthood, though he continues to assert that he is pro-life now. It is more complicated than a teenage relationship on Facebook.

As evangelicals, however, we know that life starts in the womb but also continues past the womb. For example, he may protect unborn children, but what about the innocent civilians he said he would order U.S. troops to kill in the name of the war on terrorism?

ISIS uses children and women as shields and slaves. As the commander in chief, Trump said he would “take out their families” should they get in the way. If troops refuse, Trump insisted that they will not refuse, “Believe me.” To a conservative evangelical, the unborn American life and the innocent daughter of an ISIS soldier are equally valuable and worthy of protection.

We believe the Founding Fathers sowed seeds of liberty in the soil and now we are reaping a beautiful harvest of diversity. The free outworking of religion produces virtue in the public square, which is a positive good for the country. But when Trump remarks that he would temporarily ban Muslims from entrance into the country, or monitor mosques, this gives the appearance that his understanding of religious liberty is about as deep as a fountain outside one of his hotels.

Trump says he will support us, but he also said that all the women on “The Apprentice” flirted with him. Hopefully, evangelicals don’t fall for the flirtatious pandering of Trump before they demand more reasoned answers and firm commitments.