Reported Plan to Tax the Miles We Drive: A Wreck to Be Avoided

Jim Gilmore  |  May 07, 2011
The opinions expressed by columnists are their own and do not necessarily represent the views of Townhall.com.
Top Columns
Trending on Townhall Media

A 17th-century French minister of finance, Jean-Baptiste Colbert, was once famously quoted as saying that “the art of taxation consists in so plucking the goose as to obtain the largest amount of feathers with the smallest amount of hissing.”

Colbert reigned long before the creation of the automobile. Yet today his advice seems almost quaint in contrast to the crass ways that state and federal government have found to tax the ownership and use of this most important instrument of middle-class American life and freedom.

Loud hissing is what needs to greet reports from late this week that the Obama administration was floating a proposal to tax automobile drivers on how many miles they drive.

By week’s end, the White House was rushing fast to disclaim the proposal, which was reported to explore the installation of mile-tracking electronic meters in each car to monitor miles driven. Payments could take place at electronic filling stations. Talk about adding insult to injury on America’s working people.

On one hand, this is a self-evidently awful proposal on privacy grounds. Recall that we’ve just seen headlines about smartphones tracking people’s every movements. Now comes the notion that equipment likely possessing the same capability will be in our vehicles and fully accessible by the government. That would be an outrageous intrusion.

But the idea is also awful because beleaguered motorists are entering the summer driving season with $4 gas at the pump. Already, people are stretched to the limit economically; many people are putting $10 of gas in their tank because that’s all they can muster at the time they need gas. Unfortunately, the cost of starting and driving their cars is already an issue for too many families when they simply try to live their lives -- to decide whether or not to purchase the small pack or economy size of diapers, to buy fresh and healthy food or processed snacks and meals, or to take a family vacation or postpone a deserved break for yet another year.

Even facing these economic stresses, people do not expect government to impose burdens and limitations on their freedom to drive and move about freely. Imposing a per-mile usage fee on vehicles impairs our fundamental right to move freely without inhibition.

According to reports, the proposal would require $300 million in taxpayer dollars to fund a group to study and promote the program. That would be a staggering amount when we are trying to find urgently needed cuts in spending.

As former governor of Virginia, I won election on a promise, among other ones, to phase out the Commonwealth’s despised car tax levied on citizens for merely owning cars and trucks for which they have paid abundant sales tax and continue to pay abundant tax for fuel. This resonated powerfully with citizens who need their cars and trucks for their livelihoods and who feel like they never truly own their vehicles.

But the report of taxing the miles we drive is sadly all too plausible, and has the feel of a proposal that has been given some time and thought. It originates, of course, from a capital city still fixated in a mindset that enables an administration and Congress to continue out-of-control and reckless taxing and spending while our nation’s debt problem has us on the brink of economic crisis.

Let me be fair and clear: There is no argument among reasonable people that we urgently need more and better transportation infrastructure. At Free Congress Foundation and our Center For Transportation, we also think that the government has a legitimate and appropriate role in financing and developing not just highways, but mass transit, rails, water ports and airports. Citizens expect government to plan for and build these facilities to enable people to get to their jobs, and to enable the movement of goods and freight.

Responsibly upgrading and expanding our transportation system, including highways, will be a critical ingredient for U.S. growth and global competitiveness when we are able to move beyond the current crisis. And many viable methods to raise the funds are at government's disposal without infringing on freedom of mobility.

But considering a per-mile highway user tax on the mileage we log in the course of living our daily lives is a wreck that needs to be avoided. Let’s hope wiser, cooler heads in both Congress and the administration stop this bad idea for good. 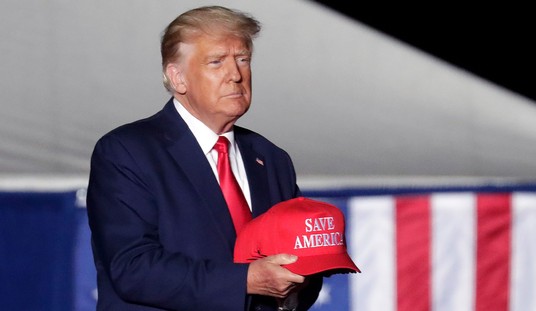