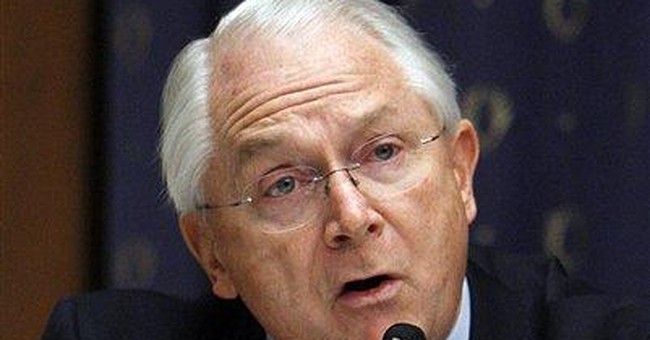 Republican Rep. Randy Neugebauer's 'baby killer' outburst has irked those who say they are concerned with 'Congressional decorum.' His constituents, on the other hand, are thrilled.

When Neugebauer yelled "baby killer" over Rep. Bart Stupak's Obamacare "concession," it was quickly interpreted as an insult directed at Stupak himself. So Neugebauer apologized to Stupak, and clarified that his words were directed at the bill itself. Stupak accepted the apology.

That wasn't enough for House Democratic Whip James Clyburn. On Monday, Clyburn insisted that Neugebauer apologize to the entire House.

"[Neugebauer] needs to go the well," Clyburn told reporters, referring to the part of the House floor where Members give speeches. "He disrupted the decorum of the House of Representatives…It was wrong."

"Largely, here, people support it," said one West Texan resident, speaking about the local reaction to Neugebauer's outburst. "It's kind of standard orthodoxy here. There's a deep mistrust of any large government, and any Democrat."

In other words, Neugebauer has probably done just what his constituents wanted.

“If he were out towards Houston, San Antonio, it might hurt him. But West Texas is ruled by the very conservative bloc,” said Michael Weaver, a resident of Dallas who has volunteered with the Dallas County Republican party. “If the Congressman representing my district had done the same, I’d be in full support of him.”

Neugebauer is playing off the momentum and sticking to his guns, adamantly defending his approach to Stupak's switcharooski. He said it's warranted, given the convoluted approach to the passage of Obamacare, and the way debate has been stifled during the process.

Neugebauer said that his statement, while brash, demonstrated the gravity of the proceedings in Congress on Sunday.

"We had a rule on Sunday that allowed maybe 2 hours of debate on the most important legislation many members will vote on in their life," said Neugebauer. "Why should I be kept quiet by Nancy Pelosi?"

In addition to admonishing Neugebauer, Clyburn also called on Minority Leader John Boehner (R-Ohio) to "rein in" his caucus, complaining about other Republican Members who cheered at anti-Obamacare protesters who were jeering at Stupak. Boehner essentially gave Clyburn cold shoulder.