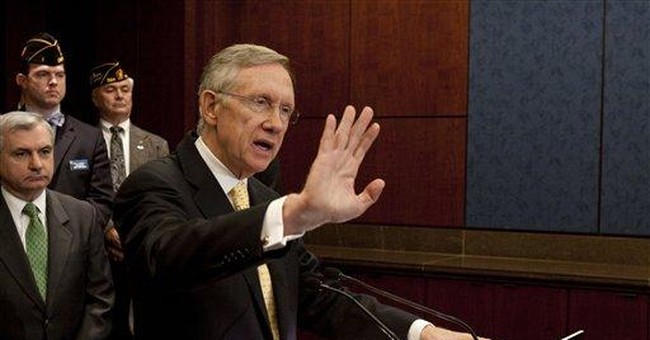 Sen. Jim DeMint's (R-S.C.) is resurrecting the debate about federal term limits with a new push to limit service by Members of the House and Senate to a maximum of twelve years. The main reason he is renewing efforts on this front is to curb the growth of government.

"We know a number of states have gone to this, and we. know the reason for this," said Demint. "Accumulated power corrupts. And it's certainly corrupted the current Congress."

DeMint is shooting for the stars with this project. He's trying to pass a constitutional amendment to enact it - something that's required, after the Supreme Court ruled that states were not allowed to impose term limits on their federal representative. Two thirds of both the House and Senate and three quarters of the states would need to approve the amendment for it to take effect.

DeMint is not deterred.

"Regardless of whether or not term limits has a chance to pass, I feel like I have the responsibility to put the bill forward, because so many more Americans are saying, 'why not?'" he said. "Term limits and a balance budget are two things that could get at the root cause of what's wrong with Congress."

Hutchinson, too, has an ax to grind. Her opponent in the 2010 Senate race is Rick Perry, who, if elected, will serve a third term. That's longer than any other governor in Texas history.