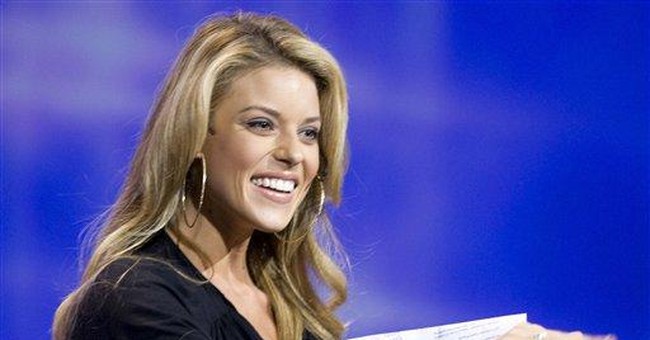 First, it was reported that a controversial video tape of Prejean had surfaced during settlement negotiations with her former Miss America pageant bosses. Prejean was 17 when she made the tape, which she said was meant for her boyfriend’s eyes only.

TMZ, the media outlet that had obtained the tape, said they did not publish it on their website because it was “so racy.” Because of it, they claimed, Prejean received nothing from her back-and-forth lawsuits with Miss America and was riddled with paying her own lawyers’ bills.

More recently, Prejean threatened to walk off the set of Larry King’s nightly news show when King asked her repeated questions about her confidential settlement with Miss America Pageant officials, and then patched in a call to her from a listener. Prejean called the questioning “inappropriate,” took her mike off, and after about a minute of on-air silence, King broke for a commercial.

King had reportedly agreed with terms set by Prejean’s publicist to not to take listener questions, so as soon as Prejean heard the listener call-in over her microphone, she simply stopped talking. A King spokeswoman disputed this, saying that there were no terms set before the interview.

Critics immediately used the developments as reasons why Prejean was unqualified to speak about her opinions on gay marriage.

Not everyone jumped on the bandwagon.

“Prejean upset the likes of Perez Hilton by saying that marriage is between a man and a woman. So what would make her a hypocrite? If she married another woman, of course… But that’s not the definition that applies here,” said Dan Calabrese in the North Star National. “Every prudish, judgmental belief that has ever been imagined by a critic of Christians and conservatives is hereby ascribed to Carrie Prejean. Anything she has ever done in contradiction of these imagined beliefs thereby proves her hypocrisy.”

Since then, Prejean cancelled her keynote speech at the New Jersey Family Policy Council’s Defenders of the Family fundraiser, an appearance at an invitation-only event at the National Republican Club of Capitol Hill in Washington, D.C., and numerous other radio segments.

Prejean had been promoting her new book "Still Standing: The Untold Story of My Fight Against Gossip, Hate, and Political Attacks,” released this week. In it, she writes about pornography and her feelings on the tape that surfaced during the lawsuit.

"Our bodies are temples of the Lord. We should earn respect and admiration for our hearts, not for showing skin to look sexy ... I have since learned that your outer beauty can only get you so far in life,” she wrote.