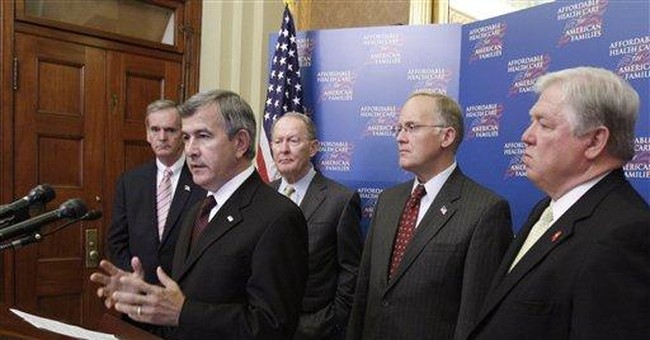 As goes the New York-23 special congressional election, so goes the direction of the national GOP? Not so fast.

“The national media is making it sound as though there's a civil war between the RINOs and the conservatives, and they're making it seem as though the Republican Party is just completely fractured, and I don’t think that's true,” said Jack P. McGuire, Assistant Professor at SUNY-Potsdam.

Republicans in upstate New York have been overlooked, said McGuire, because of the state party system. New York State has political parties that are stronger than almost anywhere else in the country; instead of holding primaries, the establishment politicos can simply install whoever they like – particularly in a special election.

“They did have some town hall meetings where they would say, ‘Well, who should we have as our nominee?’” said McGuire. “But we know that those things are kind of rigged, generally.”

As a result, Republicans in the 23rd district ended up with Dede Scozzafava, someone with high name recognition but very few conservative credentials.

This split also resulted in the severe fracturing within the larger GOP, with the National Republican Campaign Committee shoveling millions of dollars – and now, campaign volunteers – towards a candidate that has been polling more and more poorly against her Conservative Party counterpart.

Establishment political parties aren’t the only reason for the massive dissonance occurring within the NY-23 race.

“There are a number of trends,” said Harvey Schantz, professor of political science at the State University of New York, Plattsburg. “There is an underlying pro-Democratic trend, then you have the retirement of the incumbent, and then you have the division of the Republican Party vote.”

Schantz says that the general Northeastern gravitation towards liberalism is the reason upstate New York Republicans are a party divided.

“In my 31 years living in Plattsburg, this is the first time that the Democrats have a realistic chance to win a Congressional seat,” he said. Schantz doesn’t attribute that solely to the divided conservative ticket. “If you look at presidential votes, you'd see the pro-Democratic trend for almost 20 years. I think its part of the larger dynamic where the South moves towards the Republicans and the Northeast moves towards the Democrats.”

“When you dissect the [Republican] politics, it has a progressive look to it,” said Ruddy. “There is an undercurrent of ‘closet progressivism’ up this way. When you cut through these partisan facades, you'll find it.”

So, depending on your vantage point, the race could demonstrate a variety of things: a moderate GOP establishment out of touch with conservative constituents, Republicans demonstrating their latent liberal tendencies, or an entrenched political system that doesn’t reflect any of the district’s political realities.

No matter what your politics, it’s impossible not to see the race as just more evidence of “what happens” when a longstanding incumbent leaves his seat and entrenched political parties fight like dogs over the new unmarked territory. There have been only 4 Congressmen in the district since the election of 1940.

Ron Seyb, Associate Professor of government at Sidmore College, said that the entire process was unique no matter what it represented – and that there was more drama to come even in the last few days leading up to the election.

“For the Republican candidate to be threatened at all is just extraordinary. This is going to be something we could’ve never predicted two weeks ago,” said Seyb. “The dynamics of this race are fairly nascent at this point.”