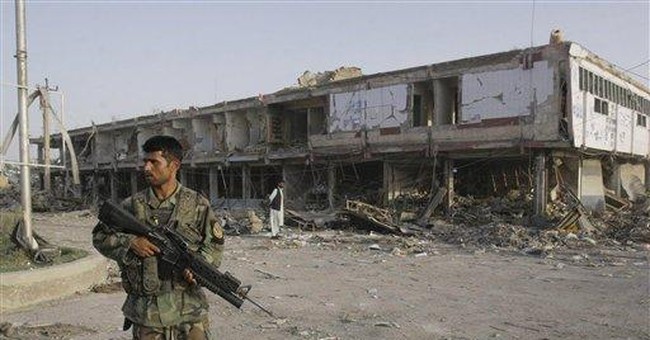 With a long road ahead before Afghanistan’s first presidential election is decided, a recent Washington Post-ABC News poll showed a majority of Americans have no faith in the ability of U.S. troops to keep the peace in the country.

“The president and others in his administration need to spend some political capital for a war that they have said is vital to win,” said Cliff May, President of the Foundation for the Defense of Democracies, a think tank that studies terrorism and pluralism. “The president is very persuasive when he wants to be.”

President Obama has put into motion plans to increase the number of troops in Afghanistan, and May thinks Americans have responded with little faith because Obama hasn’t been able to convince them the war is necessary. An American counter-insurgency is very labor intensive, he said, but it will have huge national security pay-offs. The danger stems equally from Afghanistan and Pakistan – May said the area was better dubbed "Af-Pak" – and maintaining the peace in Afghanistan means security for the entire region.

Lisa Curtis, a senior research fellow at the Heritage Foundation, had a similar take.

“Because there has not been another major attack, the public seems to forget that our enemies are trying to attack us,” said Curtis. “We’re victim of our own success, as the result of policies we have made and pursued. Obama himself realizes that the threat is still very much there, and that’s why he has made such strong statements that we need to be deployed in Afghanistan.”

“He needs to be clear for the American people,” she said.

Malou Innocent, a foreign policy analyst at the Cato Institute, a libertarian think tank, attributes the lack of American confidence in the fact that Obama isn’t clearly articulating what needs to be done, but that’s because Obama has the wrong idea about what needs to be done in the first place. In other words, the recent poll reflects American skepticism with military objectives in the region because the objectives are wrong.

“The idea that we must disrupt and dismantle Al Qaeda is achievable. But what administration officials tack on is that we stay through the course of events,” said Innocent, which is what Americans dislike.

According to Innocent, Obama campaigned on a more passive foreign policy, and then began changing his tune after he was elected. This proved detrimental to not only our foreign policy objectives, but also the popularity of those objectives here at home.

“You can go after Al Qaeda without creating a certified Jeffersonian democracy,” she said.