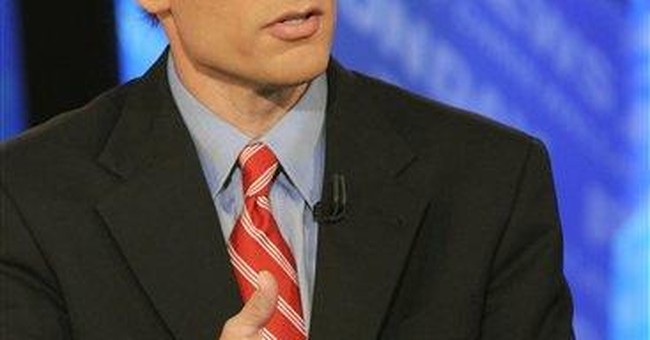 One hundred and thirty four Republican Members of Congress took to the House Floor yesterday in a stunt that rained down press coverage on the GOP, allowing them to highlight President Obama’s empty promises on the economy at a time when unemployment tops 10%.

The Members spoke for one minute apiece, in a series of soliloquies that lasted over three hours and centered around one key phrase: Where are the jobs?

“Wait, wait. Listen with me real close,” Rep. Peter Roskam, (R-Ill.) put his ear to the podium, pretending to try and hear something. “Where are the jobs? I’m not hearing anything.”

“Before we move on to the next big government scheme of this administration, the American people are asking, Mr. President, where are the jobs?” asked Rep. Mike Pence.

Joe Pounder, a spokeman for House GOP Whip Eric Cantor, (R-Va.) said that when all was said and done, the event was a success.

“You normally don’t get one-minute speeches get the coverage that this did,” said Pounder. “We do believe this was highly effective in advancing our message.”

But others weren’t impressed. A veteran Hill observer who saw the show said that it was “over the top and retarded.”

“The Republicans have come to rely on these sorts of hysterical displays to make a point on policy issues,” he said. “It’s cheap political theater, reminiscent of the annoying hippie protesters that cry and scream in the streets over every little thing.”

Rep. Steny Hoyer (D-Md.) seemed to share the sentiment with an exasperated outcry after the speeches were through.

"When you talk about jobs, you gotta talk about your experience you had," Hoyer said, and then made a reference to the 8 years of the Bush administration. "You failed, we succeeded.”

“This was part of a coordinated effort, organized by the Whip's floor action team, to show the American people that while Democrats are pushing policies that destroy jobs - including their national energy tax, which will cost up to 2.7 million American jobs every year, and their government takeover of health care, which will cost at least 4.7 million jobs - Republicans are focused on trying to protect American jobs and pull our country out of the recession,” said Steele.