Arlen Specter a Picture of Confusion and Contradiction 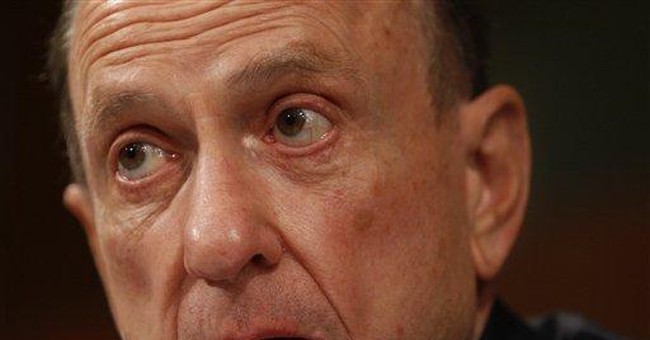 During the Sotomayor committee hearings, Sen. Arlen Specter was a study in conflicting instincts, ambiguous authority, and party politics.

Four years ago, Specter, 79, was Chairman of the Judiciary Committee, leading the trials of Roberts and Alito. After his much-maligned party switch earlier this year, he slid back to being the lowest-ranking Senator on the Committee. Navigating his newfound status and reconciling it with his extensive experience participating in past Supreme Court confirmation hearings resulted in a curious and sometimes awkward display of power and intellect.

Notably, Specter made an offhand comment that was picked up by national press during his second round of questioning: "Conventional wisdom is very strong for your confirmation." This statement added to the strong assumption that Sotomayor's confirmation is in the bag, despite rebukes from Republican groups.

Specter didn't bother to show up until the afternoon on the second day of the hearings because he knew he wouldn't speak until then. When he arrived, he quickly launched into a series of questions about why his former Republican colleagues were spending so much time on the "wise Latina" comment that caused her so much trouble.

"There has been a lot of talk about a wise Latino woman. And I think that this proceeding has tended to make a mountain out of a molehill," he said in his opening testimony.

"A lot has been made of the issue of empathy, but that characteristic is not exactly out of place in judicial determinations," he said.

This is not to say the Senator gave the Democrats or Sotomayor a free pass.

"Well, I can tell you're not going to answer. Let me move on," said Specter, after another line of questioning during which Sotomayor was particularly stubborn.

In the end, Specter issued a tacit approval of Sotomayor, fitting with his earlier statement that he was sure she would be confirmed.

"I'm not commenting about your answers, but your record is exemplary," he said.

Specter seemed to relish in his position as one of the ancient sages of the Judiciary Committee launching into questions about the issue of circuit splits, petition for certiorari, and obscure cases that even Sotomayor herself wasn't familiar with. When asking about the principles of congruence and proportionality, he had a harsh addendum

"If you tell me congruence and proportionality, then I'll ask you what it means, because it slips and slides around so much, that it's impossible to tell what a constitutional standard is. And we senators would like to know what the standards are, so we know what to do when we undertake legislation," he said.

There were some moments that were not so smooth. When Sen. Klobuchar was slated to speak ahead of Specter, she quickly ceded to him, saying that she held a higher rank than him only because of a technicality. Specter quickly ceded the floor back to her, refusing her generosity in favor or procedure.

Specter, 79, has participated in the hearings of all of the sitting Supreme Court Justices except for John Paul Stevens, and has an extensive law background.