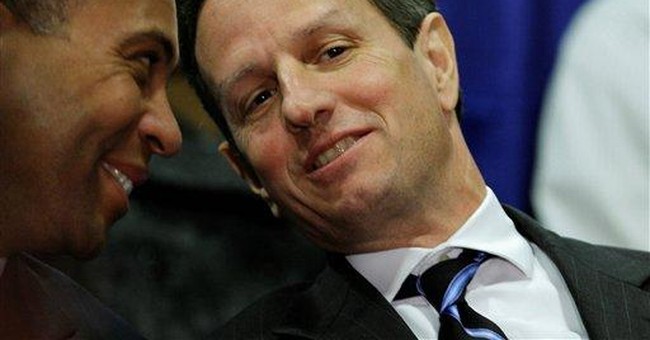 Finding new sources of revenue is a top priority for the happy-go-spendy Congress. But one taxation option that could have caused U.S. companies to cut millions of jobs just got taken off the table – for now.

That option would have reversed a longstanding U.S. tax exemption for U.S. businesses that operate branches abroad and don’t bring those profits back stateside

If the tax exemption were reversed, business owners could simply relocate their base operations abroad to avoid paying up – if they didn’t, they could risk losing a competitive advantage to foreign competitors who weren’t subject to the tax.

Republicans were worried about the loss of millions of American jobs, as companies relocated their centers of business off of U.S. soil and took their domestic branches with them. Other countries do not impose a tax on foreign-operated businesses.

Democrats were initially open to the tax, possibly to help fund the 1.3 trillion dollar health care bill now being considered in Congress. President Obama’s Treasury Secretary, Timothy Geithner, voiced his support for the measure in March.

Sen. Orrin Hatch (R-Utah), a senior member of the Senate Finance Committee, was happy about that decision.

"I am encouraged by the administration's and Rep. Rangel's comments that international tax proposals will not be considered outside of broader corporate tax reform," said Hatch. "Democrats and Republicans alike are acknowledging that these controversial proposals should not be used to pay for health care reform."

Ninety percent of goods produced by foreign employees of U.S.-based companies never see American soil. Those goods are sold and bought abroad, in regional or local marketplaces. Since they have no impact on competing products that are produced in America, the incentive for businesses to stay American is would be virtually nonexistent if this tax were enacted.

Hatch said that while this initial defeat of the international tax was encouraging, the possibility of Democrats instituting it through another piece of legislation was very real.

"I urge my fellow Republicans, especially those of us on the High-Tech Task Force, and the business community, to continue to educate members of Congress on the harm these proposals would cause to U.S. competitiveness and jobs,” he said. “At a time of staggering unemployment rates and increased globalization, raising taxes on some of the best job creators in this country would prove to be detrimental to the country and to our future economic growth."

Katie Pavlich
Joy Reid Gets Wrecked Over Her Lies About Critical Race Theory
Katie Pavlich
McConnell: Did You Know Membership in Discriminatory Clubs is Disqualifying for Judicial Nominees?
Guy Benson