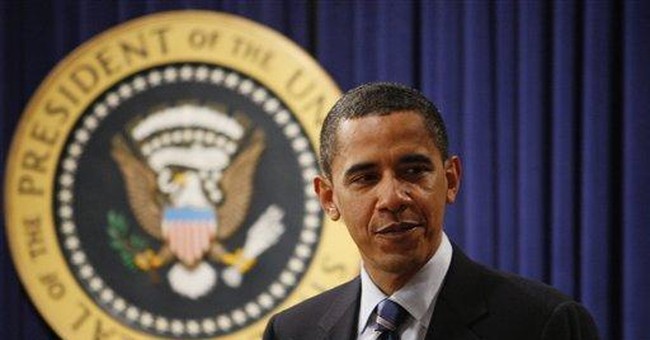 Many analysts seem to agree with President Obama's notion that there is a silver lining to the recent Labor Department report that the jobless rate has reached a 26-year high.

That's because April represented the third month in a row where the number of jobs lost was not increasing. Additionally, fewer jobs were lost in April than in any other month in the past six.

But 540,000 more jobs disappeared in total last month; the unemployment rate increased from 8.5 to 8.9 percent. That fact was not highlighted in mainstream news Reuters’ headline for their story on the report: "U.S. sheds fewest jobs in months."

"U.S. employers cut 539,000 jobs last month, the fewest since October, according to government data on Friday that signaled the economy's steep decline might be easing and gave the stock market a boost," wrote Reuters reporter Lucia Mutikani.

Mutikani's assessment fit squarely with Obama, who said the country had "a long way to go," but that it does seem to be getting better.

Brendan Buck, a spokesperson for the Republican Study Committee, did not share Obama's optimism.

"By any standard, 540,000 more Americans out of work in one month is no reason to celebrate. If the White House is judging the success of their economic plan on whether job losses are better than the all time high, then we are in for a long recovery," he said.

"Is this the urgent recovery the President had in mind when he borrowed a trillion dollars from our grandkids?" asked Rep. Tom Price, (R-Ga.). "Every passing week is another demonstration that big government borrowing and spending is an unproductive means of stimulating the economy."

Rep. John Boehner (R-Ohio), blamed Obama's approach to the economy for the ongoing purge of jobs.

"About two and a half million jobs have been lost since the beginning of the year, yet some here in Washington continue to believe that we can borrow and spend our way back to prosperity," said Boehner.