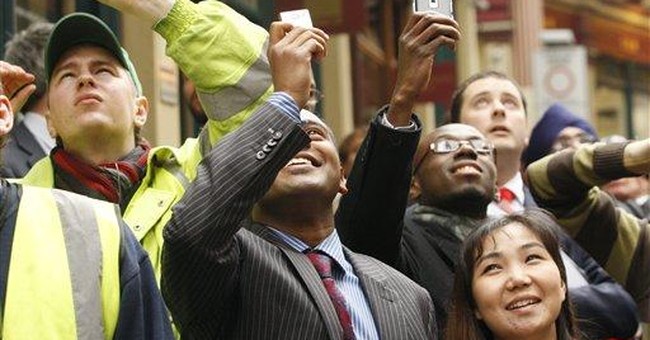 The 648-page energy bill just penned by Democratic Reps. Henry Waxman and Edward Markey is ostensibly designed to reduce greenhouse gas emissions and save money. But conservatives contend that the bill is nothing more than a tax, adding costs to energy producers and distributors for unproven methods of greenhouse gas emissions. These costs would be passed on to consumers to the tune of $3,900 per year, per household.

To be sure, the cost of the bill is its most frightening aspect; however, there are a few other tricks in the bill that deserve some attention.

Rep. John Shadegg (R-Ariz.) highlighted the fact that this legislation would make it possible for any American to sue any other American on the grounds that he was being adversely affected by that person’s pollution. If a plaintiff is a “victim of climate change,” or even believes that becoming a victim is “at risk of occurring,” he is eligible to sue.

Townhall.com searched for additional factoids in the bill, being debated this week in Congress:

Lobbying restrictions, p. 56: Corporations who are tied in well enough with Congressmen can feel free to lobby Congress for more regulations that will provide them with an advantage over their competitors.

Waivers, p. 70: Corporations the government deems worthy enough won’t have to comply with the regulations in the bill.

Lamp shapes, p. 128: If a company wants Congress to certify that its lamp shapes are better than its competitor’s lamp shapes, they should feel free to petition their Congressman.

Labeling, starting on p. 201: Over nine pages of instructions on how “green” products must be labeled.

Art work light fixtures, p. 226: Artists shouldn’t even think about creating a piece of artwork involving light fixtures that fall outside the regulations outlined in this section of the bill.

Al Gore-style global warming scare tactics, p. 325: “Global warming and its adverse effects are now occurring and are likely to continue and in crease in magnitude, and to do so at a greater and more harmful rate, unless this Act is fully implemented and enforced in an expeditious manner.” In other words, this Act will, in fact, save the world.

Mandatory review of global warming, p. 329: The liberal National Academies of Science has unilateral authority to make recommendations to Congress as the result of this bill.

Standards for Federal Greenhouse Gas Registry, p. 350: Government must seek the opinion of qualified liberal environmental groups when creating or revising the registry.

Regarding offset programs, p. 404: Special interest groups may petition to have their individual needs served by Congress.

Regarding aviation safety, p. 511: Cars can be regulated until the cows come home, but airplanes, which may be “greener” than cars, get a free pass because the industry has a higher profile.